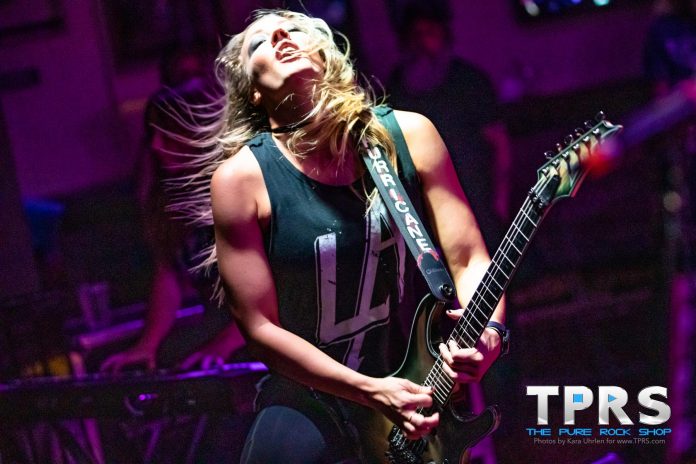 Nita Strauss headlined her first solo show in Pittsburgh at the Hard Rock Cafe on Wednesday evening just days after the venue hosted her Alice Cooper bandmate Chuck Garric’s band Beasto Blanco, making the cafe a home away from home for Cooper fans twice in one week.  She was supported by locals Chip & the Charge-Ups who she later called out for their unique mash-up of Green Day and Poison, as well as Kore Rozzik andSoulfly/Cavalera Conspiracy guitarist Marc Rizzon.  Rizzon warmed up the audience for Nita with some shredding of his own, closing out his set with Sepultura classic “Roots,” along with guest appearances by Kore Rozzik and Nita’s drummer Josh Villalta. 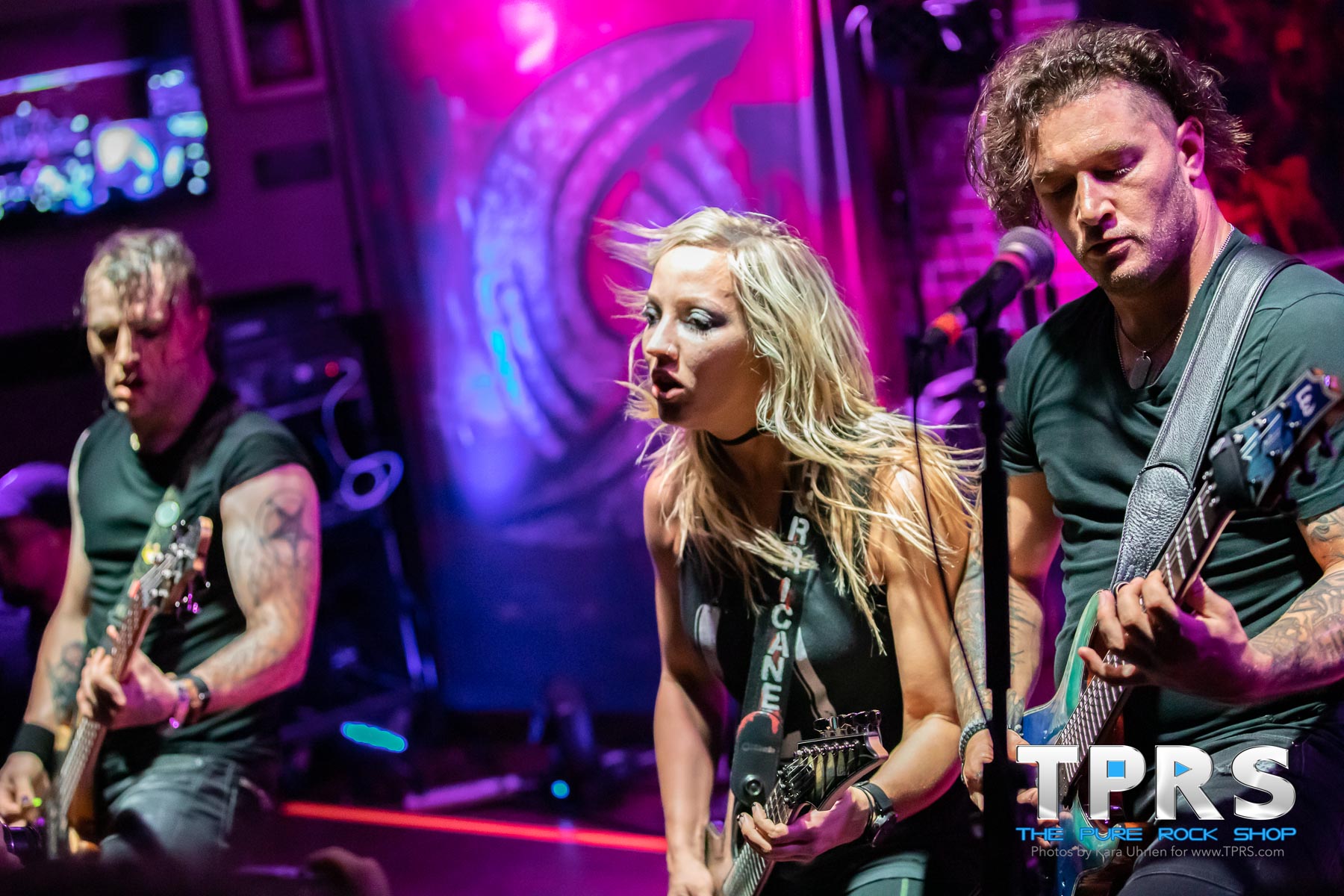 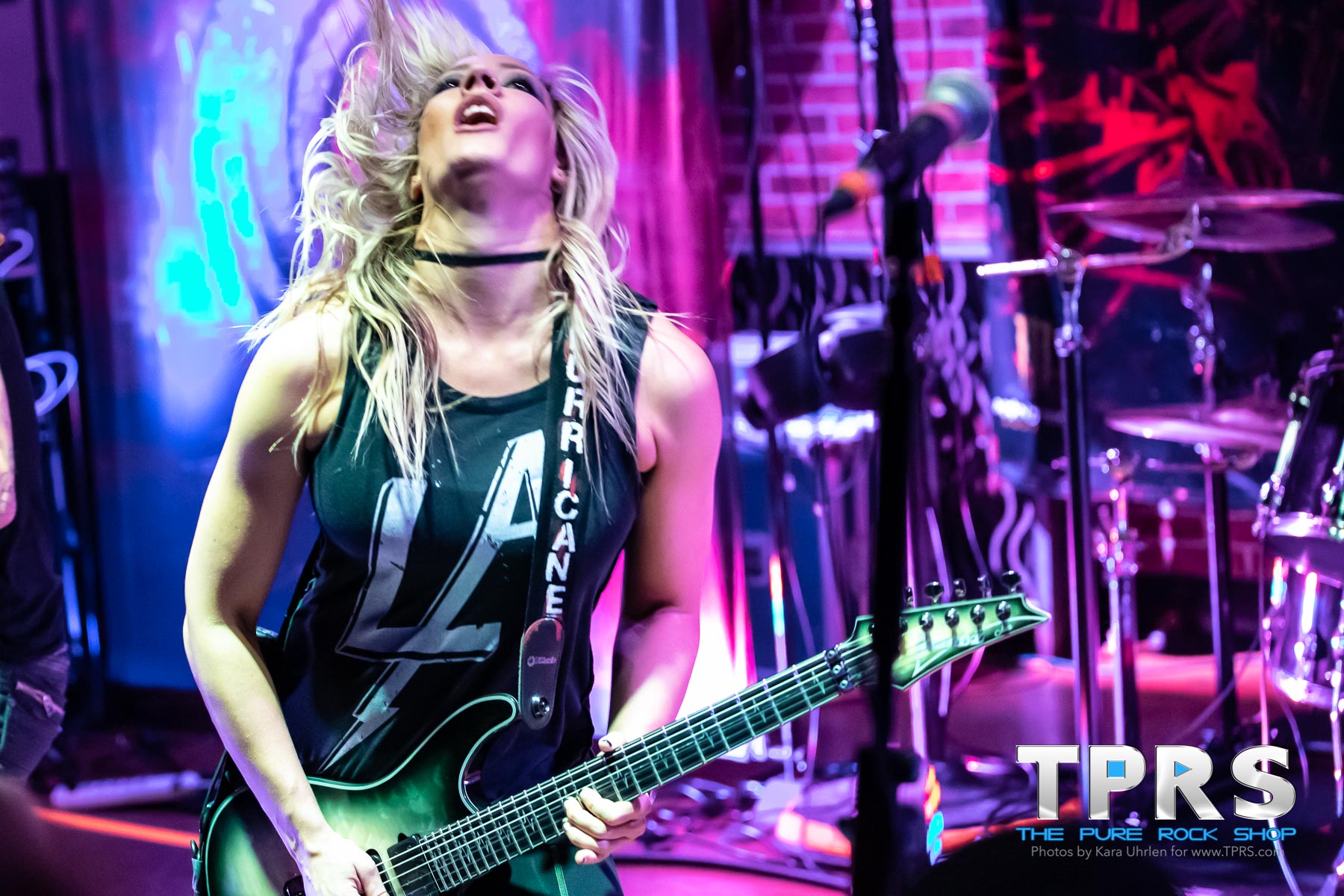 While this was the first time Nita performed solo here, she’s made many fans in Pittsburgh performing at Stage AE and Keybank Pavilion with Alice Cooper, and hosting a clinic at Guitar Center in Robinson Township last October where she showcased her signature Ibanez model, the Jiva just prior to the release of her debut album Controlled Chaos.

It was refreshing to see very a new generation of future rockers in full force in the audience with my daughters being among some of the oldest kids in attendance.  Nita took note as well and brought two small front row fans sporting skulls and Alice Cooper swag up on stage to cheer her on during a solo. 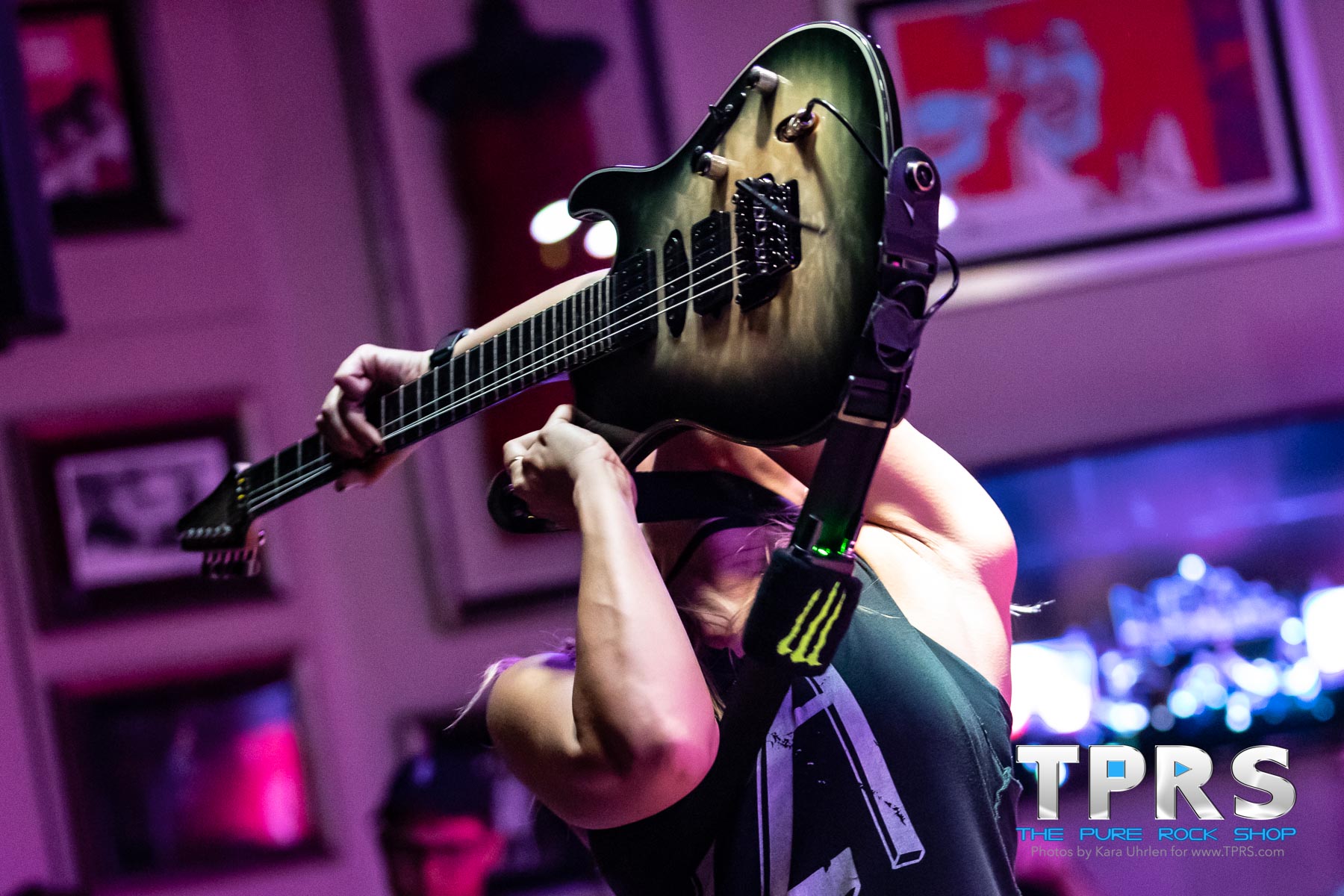 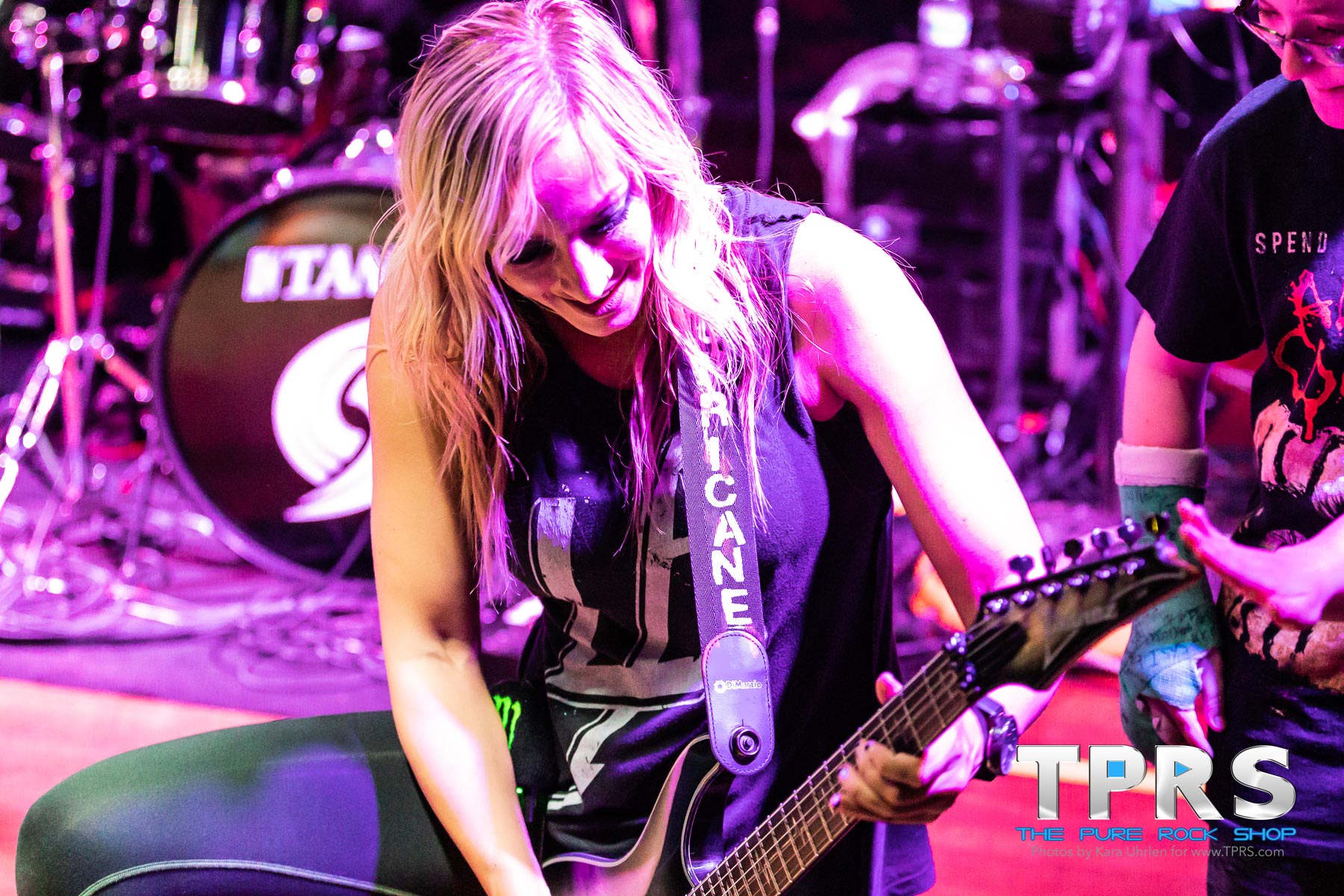 Kicking off the show with  “Pandemonium” and “Alegria” from her new album, hair was swirling, strobes were flashing, and guitars were shredding, making it clear just how appropriate the name of “Hurricane” Nita’s new album actually is.

Other highlights from the show included covers of Iron Maiden’s “Aces High” in tribute to her time with The Iron Maidens all-girl tribute band, Alice Cooper’s “Eighteen” featuring keyboardist Katt Scarlett on lead vocals, and an instrumental rendition of Queen’s “The Show Must Go On,” which closed out the evening along with Nita’s own “Our Most Desperate Hour.” 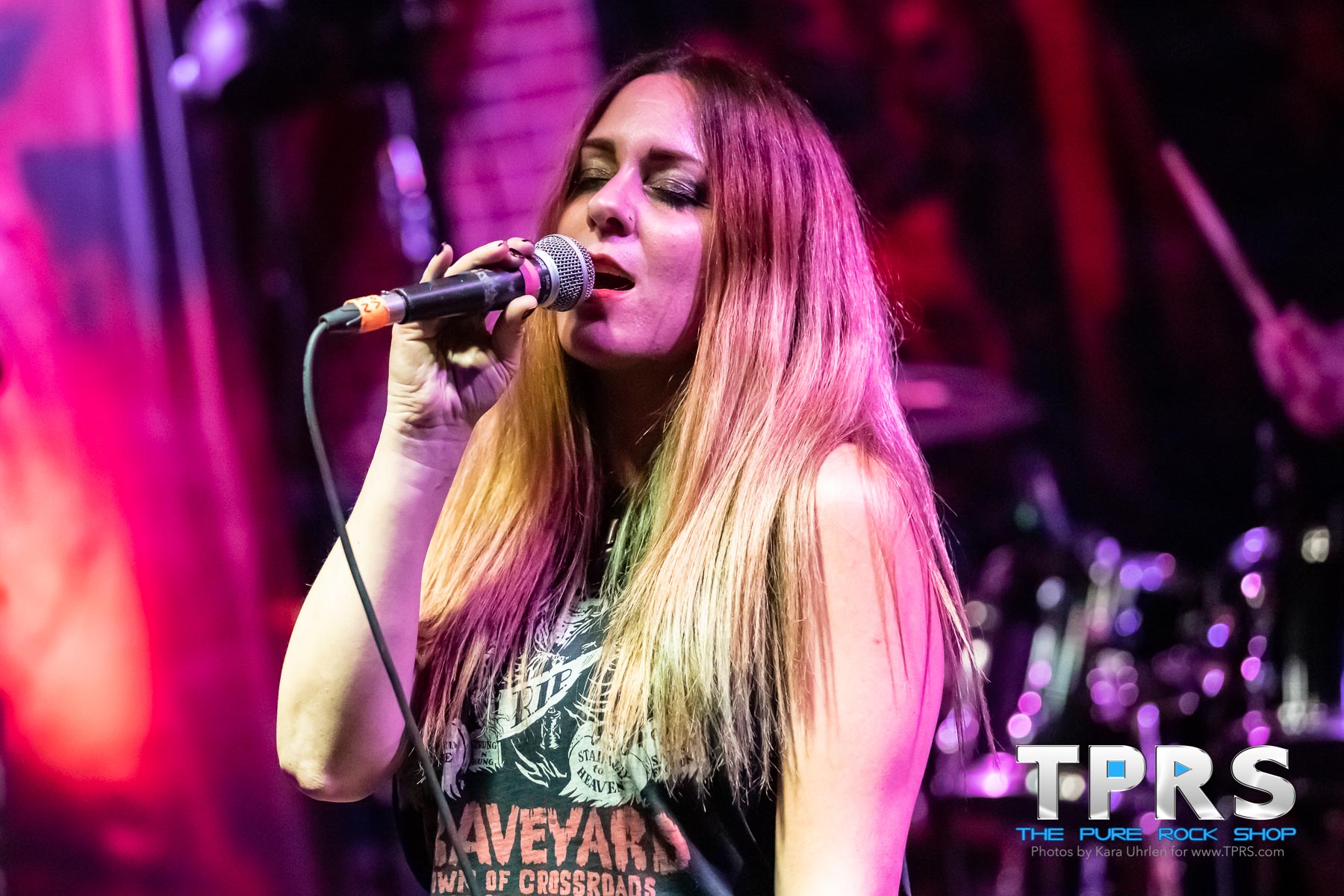 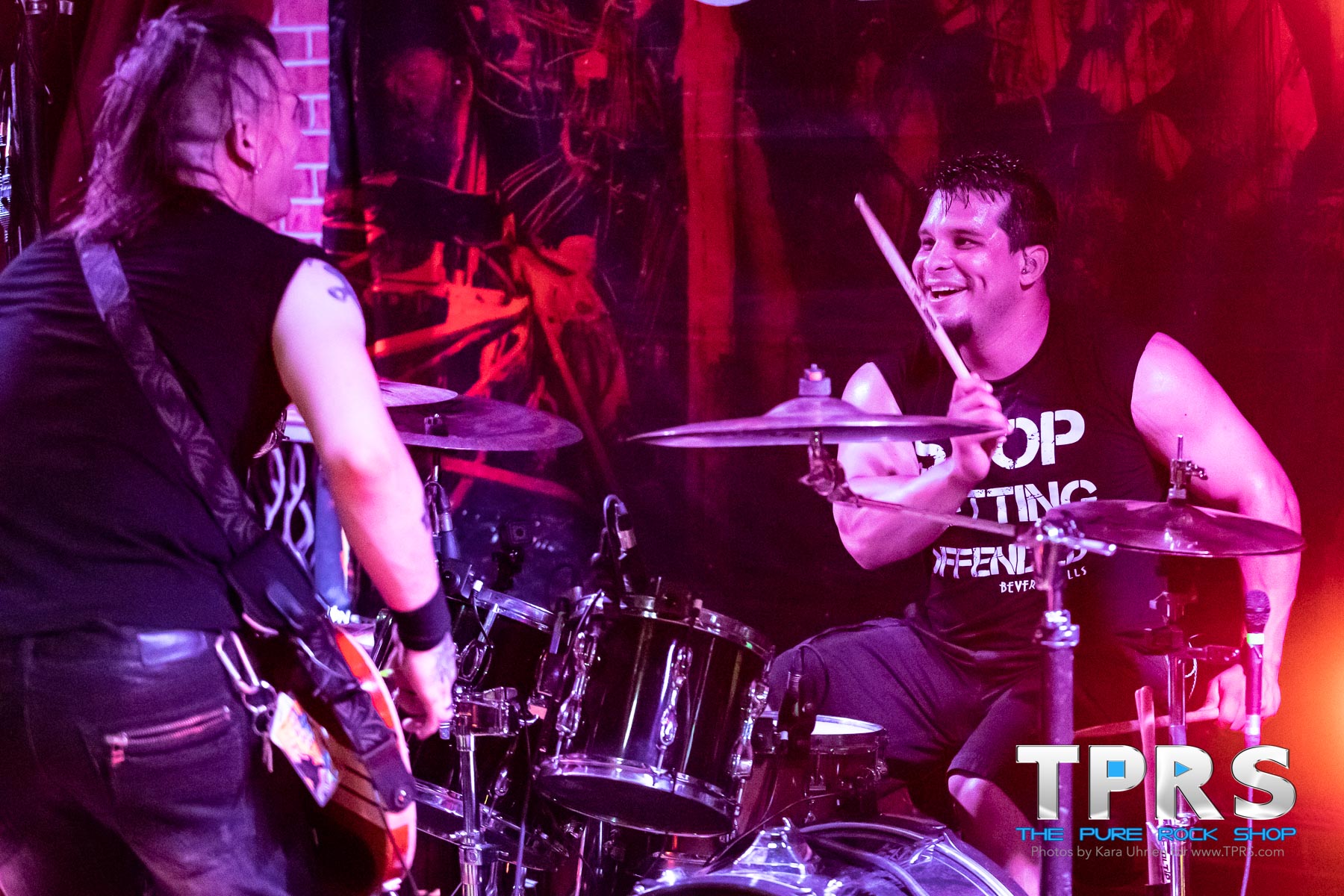 Also be sure to check out Duane Morano’s “Manhattan” from the album Incognito featuring Nita Strauss, which was recently highlighted in Guitar World, and also includes Extreme’s Pat Badger on bass, Firehouse’s Michael Foster on drums, and lead vocals from Dan Michaels.

And, Be sure to catch Nita Strauss back in Pittsburgh on Friday, July 19th with Alice Cooper at Key Bank Pavilion, as well as her bandmates who will be performing as Glen Sobel and The Goon Squad on Thursday, July 18th at the SUB Alpine Society in Turtle Creek for some pre-show fun!

Follow us for the latest news on hard rock and metal music locally and at festivals including Slam Fest with Queensryche, Skid Row, Great White and Lies, Deceit & Treachery in Kitchener, Ontario and Rock the Roses “Hair in the Fair” Festival in Welland, Ontario featuring Quiet Riot, Dokken, Sebastian Bach and more this July.

Follow us @ThePureRockShop for more coverage from upcoming local shows including Sammy Hagar and the Circle with Night Ranger, Geoff Tate, and more.