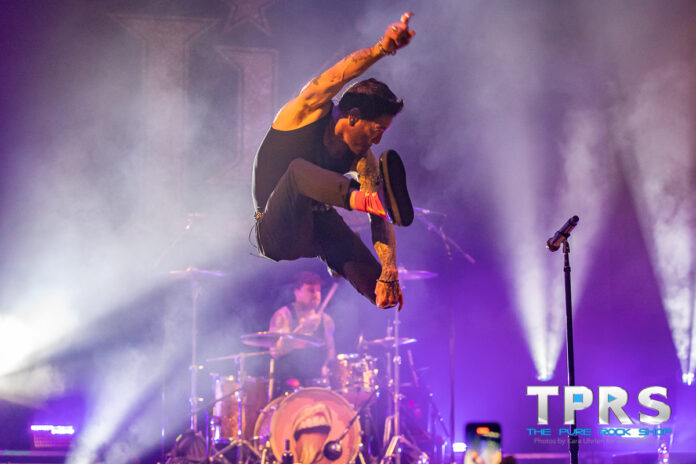 We were very excited to see Lit as part of their the Tried & True Tour since they had to cancel their last scheduled show for Jergels in May. But,having just caught up with members of Lit and Hoobastank the night before at the Bret Michaels Band show across the street at the Bowl at Sugar Hill (and having hundreds of photos to process) we didn’t make it to the Eagle theater for the VIP meet & greet and also missed a performance from Kristopher Roe of The Ataris as we drove around trying to find a place to park for much longer than expected.

However, we did arrive just in time to catch Alien Ant Farm featuring Dryden Mitchell on lead vocals, Terry Corso on guitar, Tim Peugh on bass, and Mike Cosgrove on drums. Taking in the band live for the first time, we enjoyed their vibe, especially when they unleashed the energy from the crowd with their cover of Michael Jackson’s “Smooth Criminal” to end their set.

The chart-topping 2001 one cover is probably the band’s best known song, dating back to the “American Pie 2” movie and MTV-era, it definitely felt nostalgic. Much like when Metallica’s “Master of Puppets” could be found topping the charts this year,  “Smooth Criminal,” it went viral when a Twitter user @plvnetmimi shared a link to the music video for the nü-metal band last June! 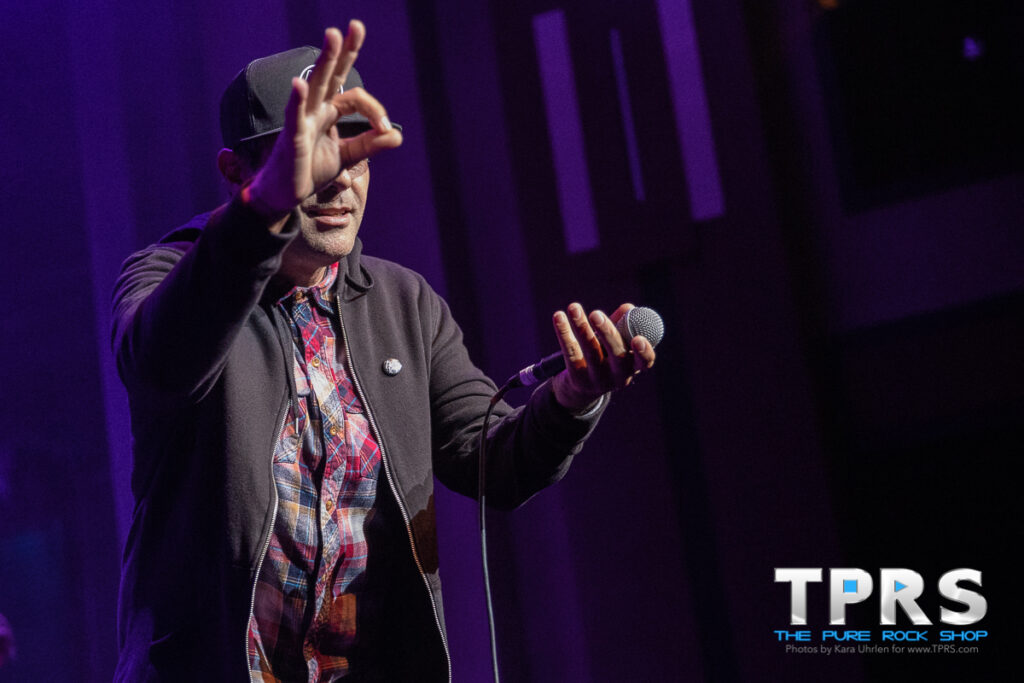 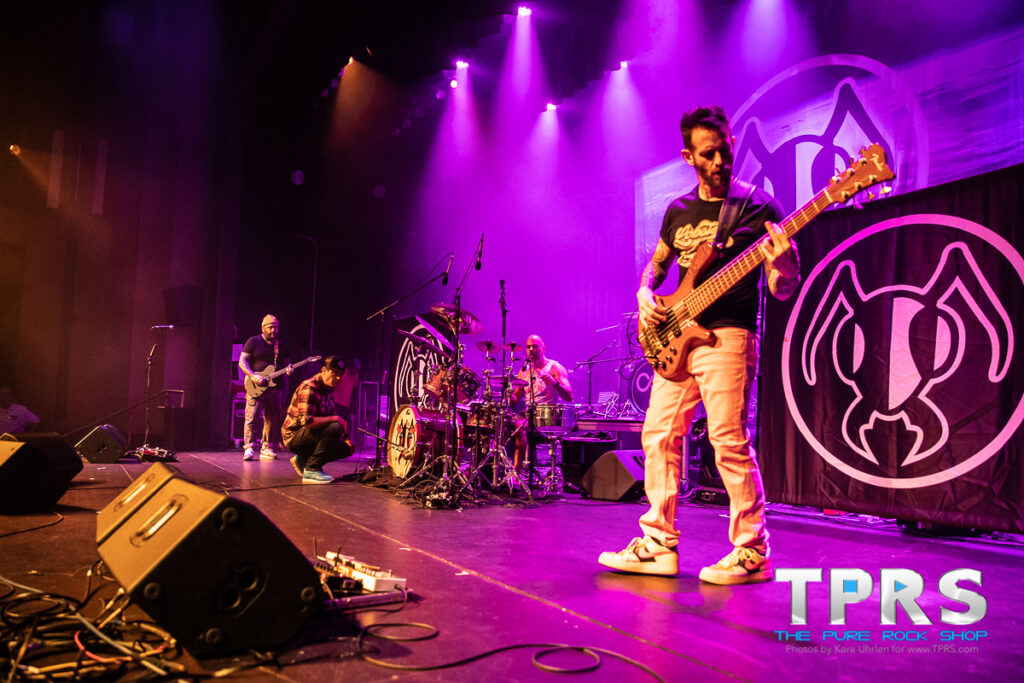 Hoobastank is fronted by Doug Robb who is joined by guitarist Dan Estrin, drummer Chris Hesse, and bassist Jesse Charland. Doug caught our attention with his connection to the audience as he came down from the stage in the intimate theater to meet fans during the set.  While a brave move for a frontman given that the venue was sold-out and the crowd was excited (yet, Dryden did so as well).  This added an intimate vibe to the show, as did the VIP fan packages which allowed fans the opportunity catch the show from the side of the stage or from their seats.

Also categorized under that post-grunge era nü-metal genre, Hoobastank was first signed on Island Records, a label name most of our readers will know well as they were the label that first showcased our friends from the glam band VAIN. The band’s most recent release Push Pull was launched pre-covid back in 2018. 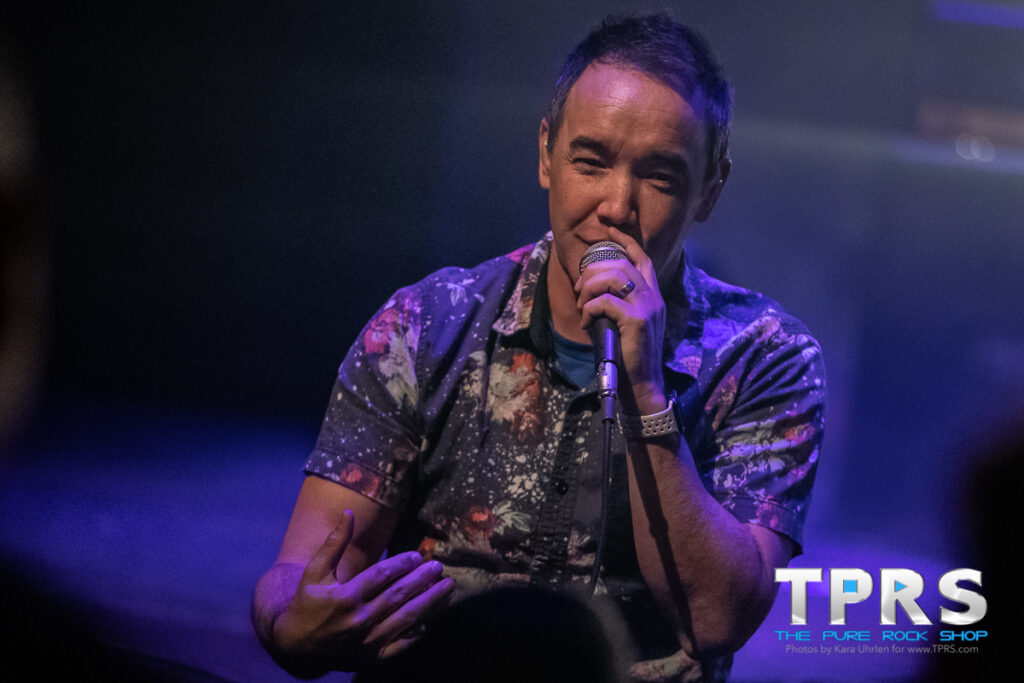 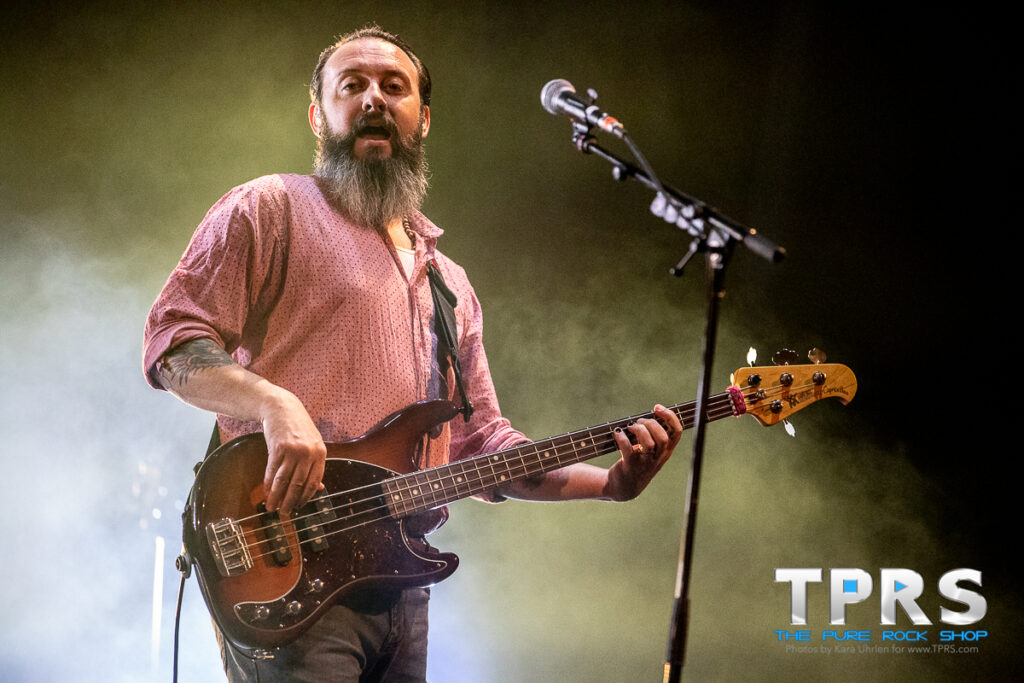 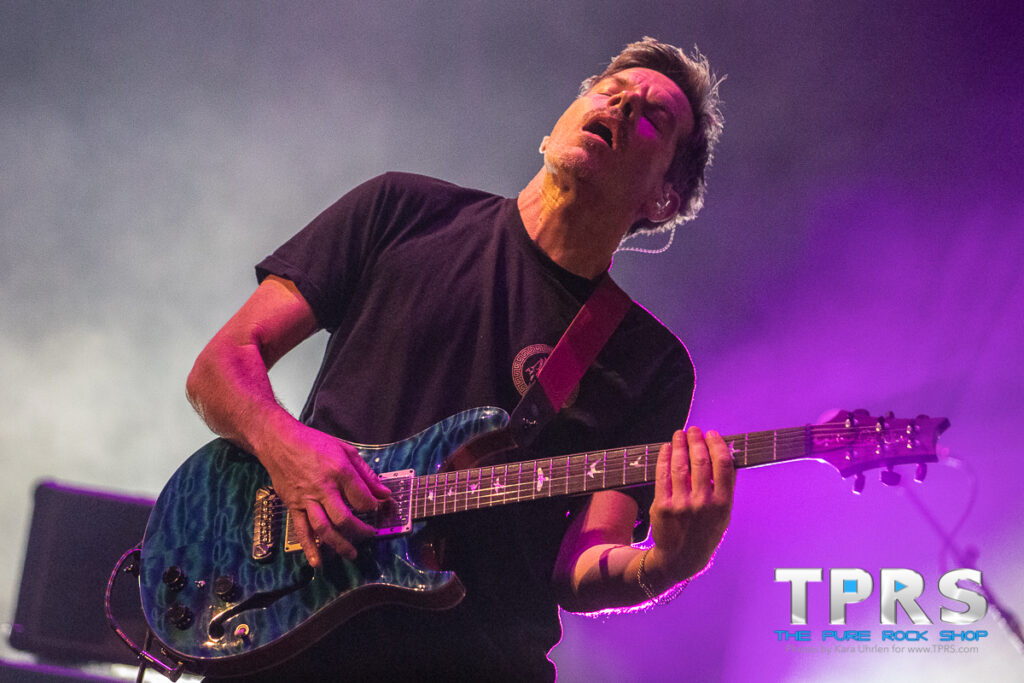 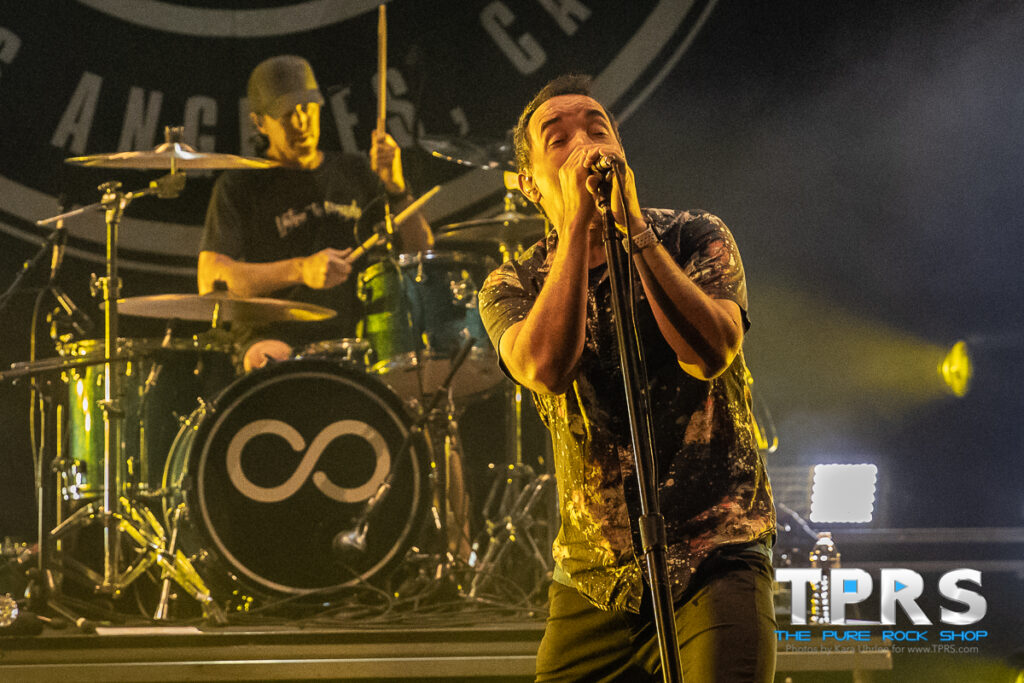 On the heels of their seventh studio album Tastes Like Gold, Lit delivered a set of classics with some great new material mixed in.  Our personal favorite from the album was “Do It Again,” which could be found mid set with another new cut entitled  “Mouth Shut.” The later is a single for which the band recently release a video.  Interestingly, “Mouth Shut” features No Doubt’s Adrian Young along with Lit drummer Taylor Carroll sharing beats on the skins.

I point this out because there is a lot of buzz around Taylor joining forces with another drummer, Arejay Hale from Halestorm for a heavy-hitting project entitled Kemicalfire, where Taylor will be behind a guitar instead of a kit. So, keep watch for that!  And, check out Tastes Like Gold because it promises an “old school Lit band sound with a modern approach to production.”

The quartet features brothers Ajay Popoff on lead vocals and Jeremy Popoff on guitar, Kevin Baldes on bass and Taylor Carroll on drums. 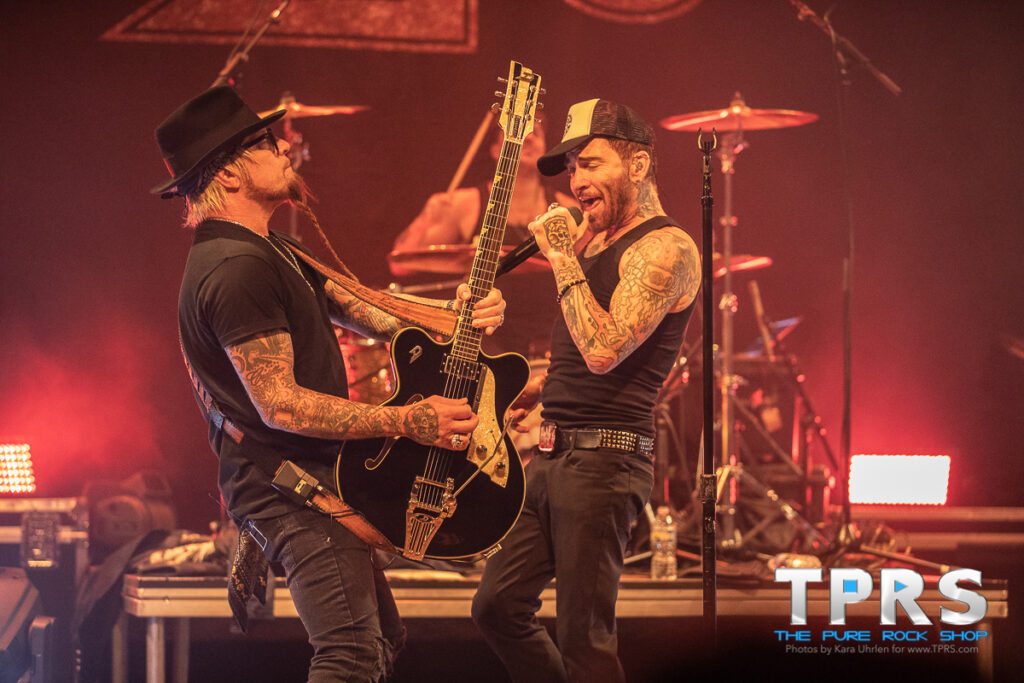 “We made a conscious decision to go back to when we had arrived at what we represented musically,” says Ajay. “It took a little bit of time to cleanse the palette and hit reset. However, the creativity flowed better than it had in the past couple of decades.”

“We just decided to make what people expect from Lit and, honestly, what we expect from Lit,” exclaims Jeremy. “Our fans have been very cool and gracious over the years. They’ve allowed us to grow, change, morph, and explore. At the end of the day though, Lit means something to people, and we wanted to get back to that. Once the lockdowns happened, it was even more difficult to go back to that place when we were in our early twenties in an Anaheim warehouse with cases of cheap beer and friends without a care in the world other than the next show. While everybody reevaluated the whole world, we tried to make a really fun rock ‘n’ roll record.”

And, that they did.  The new cuts blend quite well with favorites like “Ziplock,” “Miserable,” and of course “My Own Worst Enemy,” which closed out the evening to great applause! 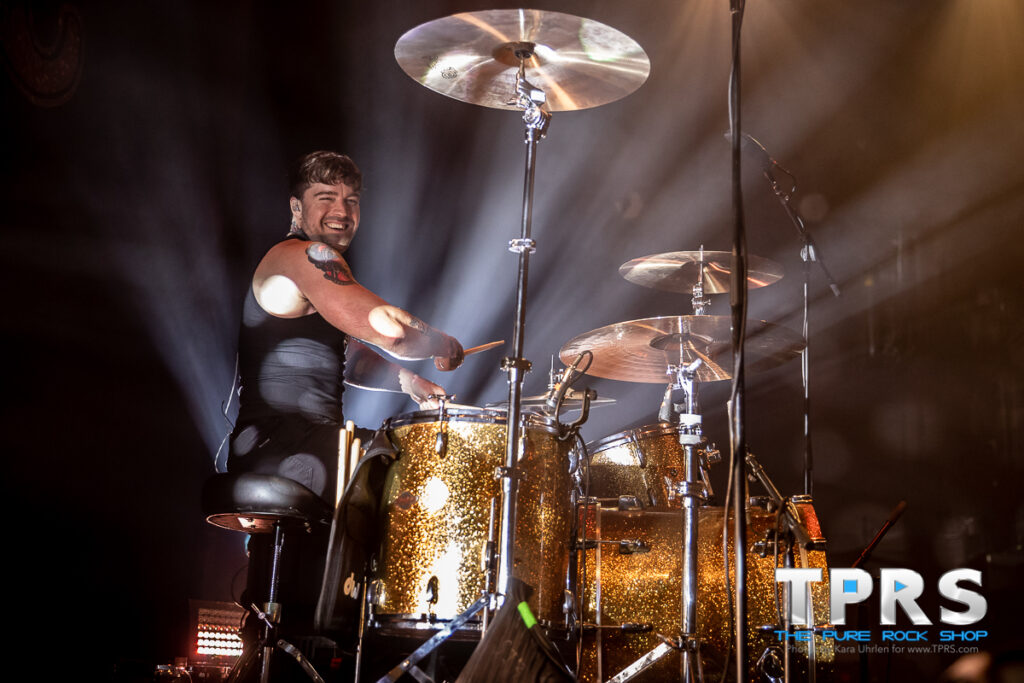 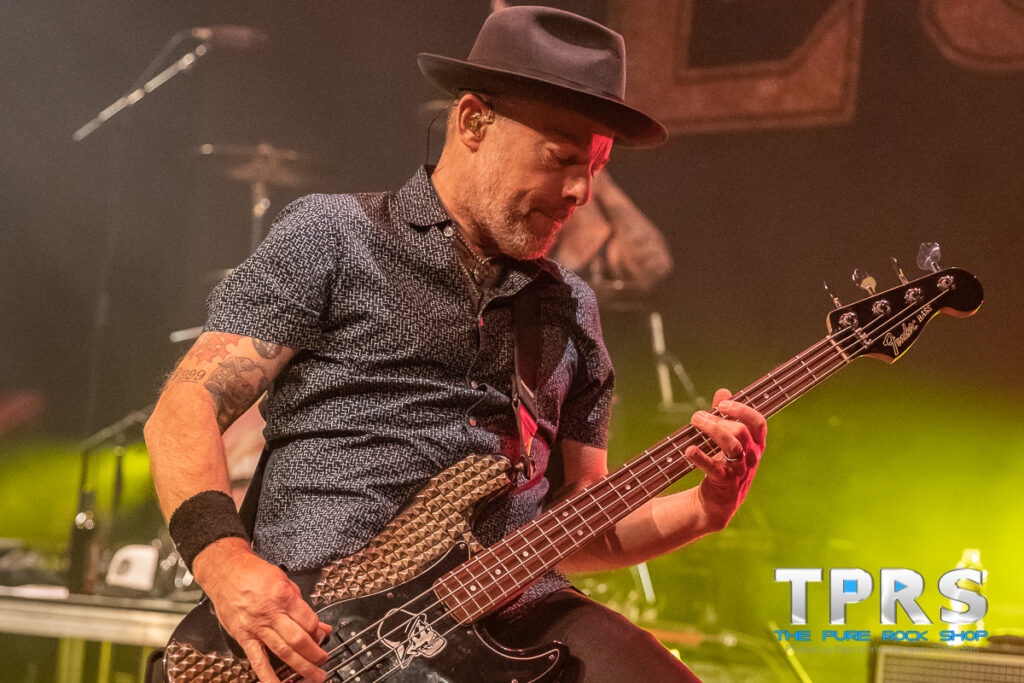 Follow us @ThePureRockShop on Facebook and Instagram for more show and festival coverage, and be sure to hit our archives for more from Lit here on the 2022 Monsters of Rock Cruise and check out our coverage of their guest appearance with Bret Michaels from the day prior.