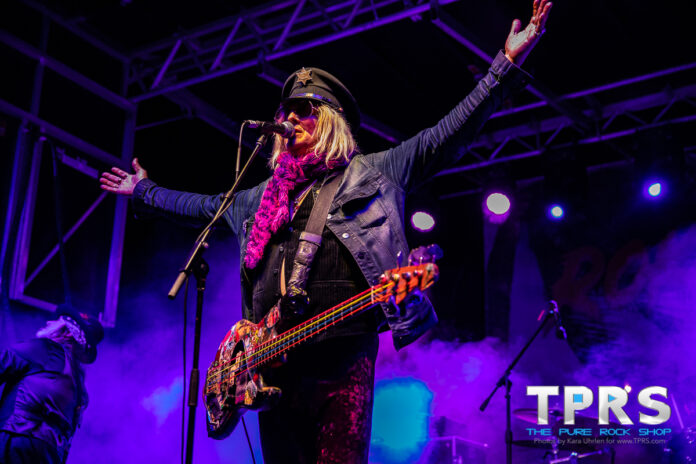 Woke up at 4am and started our journey to the beautiful paradise that is Key West, and still barely made it through the gate in time to capture our friends from Pretty Boy Floyd as they kicked off the event at 6:30 pm on Tuesday night.

The official pre-party for RokIsland Festival was hosted by The Keys Collection hotel group at the island’s newest venue, Sunset Green Lawn.  Open to those who purchased 5-day event passes, the event attendance appeared to have doubled over the inaugural year and everyone (but us) got there early too! I had to fight my way across the expansive lawn to reach the stage as fans lined up for beer, and merch, and a good view of the full-scale stage as the band kicked off the festival with the infectious energy they are known for.

Led by founder Steve Summers, who was joined by lead guitarist Diego Ibarra on guitar, Chris Rohner on bass, and Nick Mason on drums, Pretty Boy Floyd started big with the title track from the album Leather Boyz With Electric Toyz as the sun began to set in splendor, creating a post-card perfect backdrop of palm trees and painted clouds. Only a few miles from the southernmost point in the United States, we felt a world away as the band delivered favorites like “Good Girl Gone Bad” and “Toast of the Town.” I was admittedly so caught up in the show that I totally forgot about eating dinner, but I later heard that the venue offered up food and beer trucks for anyone looking for a meal, just on a smaller scale than the festival amphitheater.

We’ve seen a lot of these guys this year, but this Pretty Boy Floyd performance will definitely go down as the most memorable, as the festival-sized space allowed us great views of the Living Dead Drummer’s heavy hitting action, plenty of room (and height) for Diego and Chris to move around (sorry, missed the unpredictable jump shot, again…), and a row of monitors that allowed Steve to get up close and stay connected with his fans. 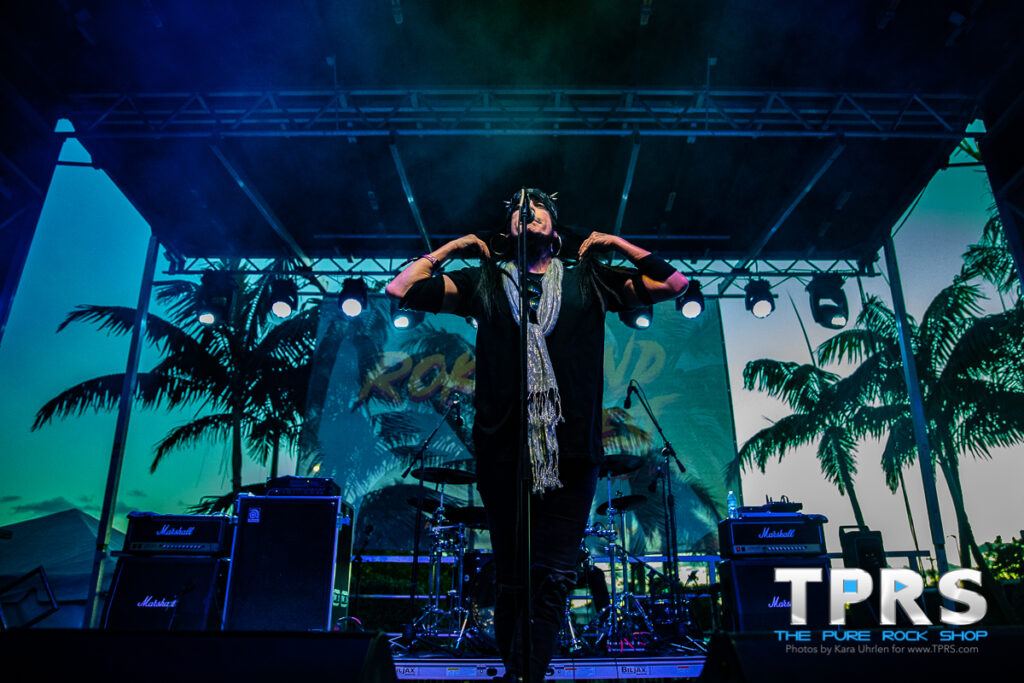 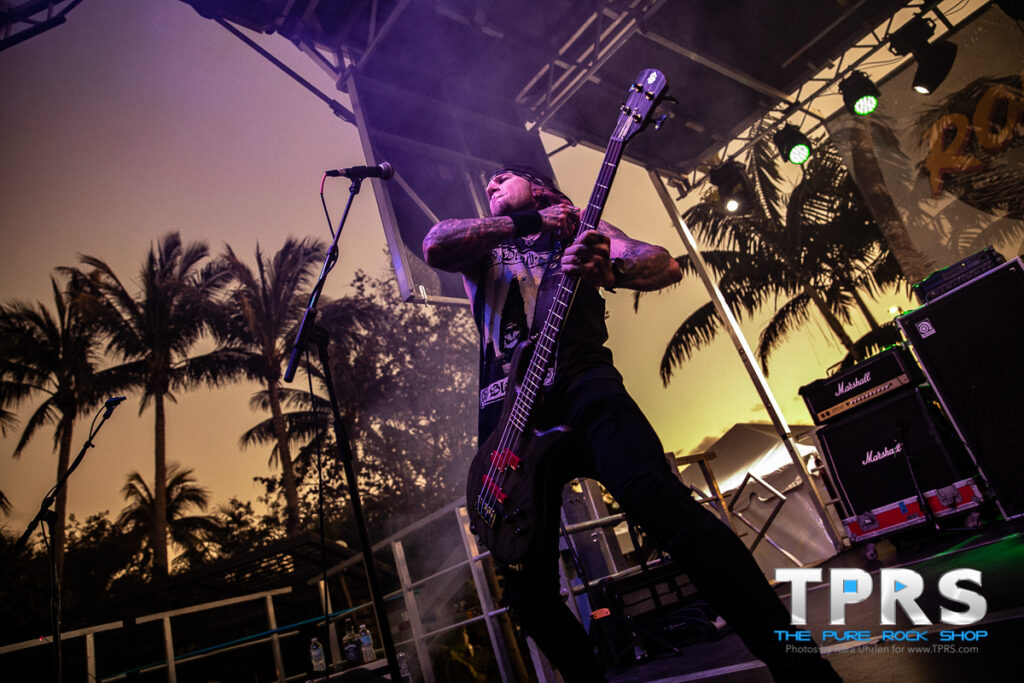 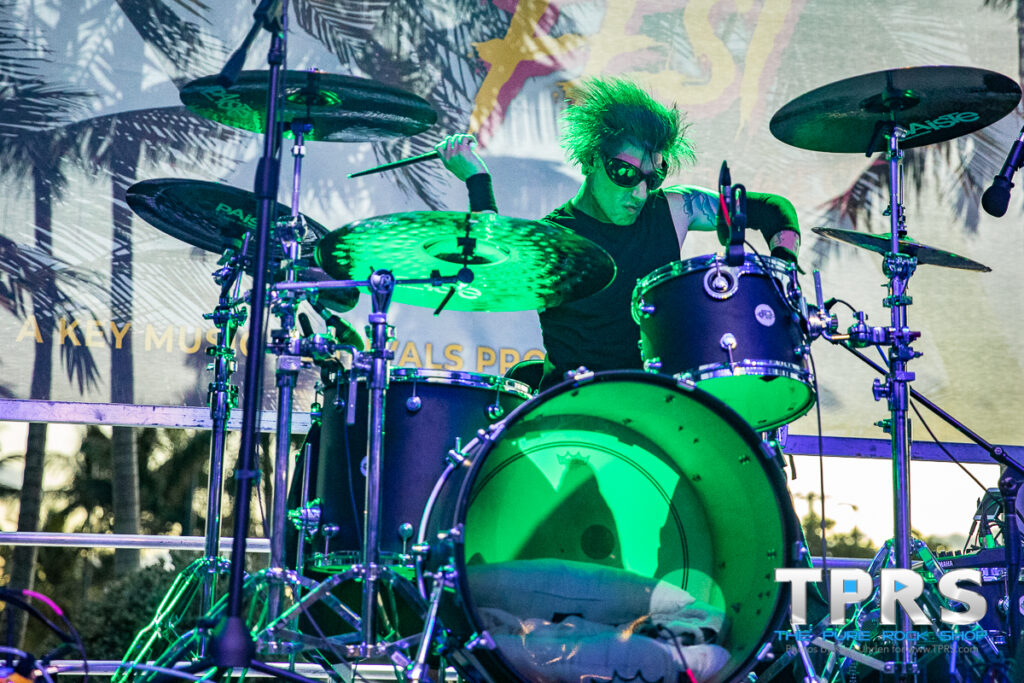 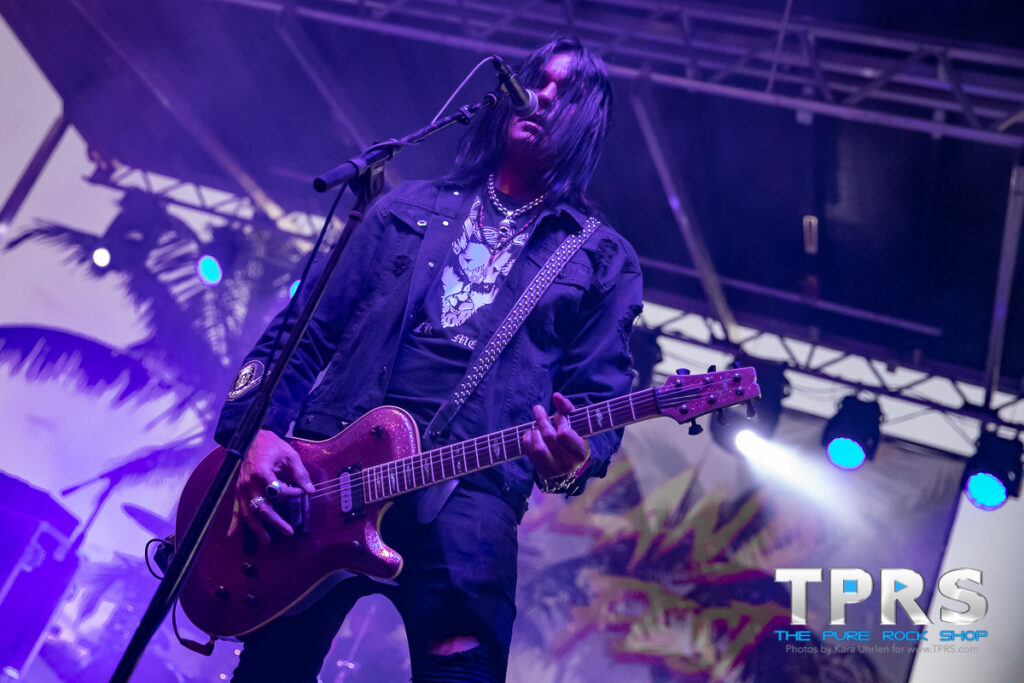 They were followed by the most anticipated band of the evening, Jetboy… It is hard to believe that it has been four decades since Billy Rowe and Fernie Rod founded Jetboy; and even harder to believe that as we chatted with friends and other other musicians prior to the show, that many of us had never had the opportunity to see them live! While they could be found performing at festivals like M3 Rock Festival, Roklahoma and even the Monsters of Rock Cruise since the band reunited, the stars never aligned for us before now.

Like many, Jetboy caught my attention when I first heard “Feel the Shake” (which Tom Hanks fans may remember from the movie The Burbs). But, I truly became a fan a couple years later with the release of their 2019 album Learn to Fly.  One of many Frontiers albums on our list to check out, it quickly became a ‘go to’ on my gym playlist because the upbeat riffs on songs like the title track and “Brokenhearted Daydream” pumped me up while running.  It was only then that I visited the band’s early catalog to discover favorites like “Heavy Chevy” and “Stomp It (Down to the Bricks)”.

And we were just as blown away by the live show as we were the first time hearing the jems in that catalog.  The current Jetboy line-up features founding member Billy Rowe (now also with Buckcherry) on guitar,  joined by Mickey Finn on vocals, Scott Richards on bass, Jimmie Romero on guitar, and Al Serrato on drums. Jetboy is moving forward with the blessing of co-founding guitarist Fernie Rod, and currently working on their first covers album which will be released on Cleopatra records this year.  With the perfect mix of punk, glam, and blues rock, their show did not disappoint. Can’t wait to see what cuts they’ve decided to put their spin on! 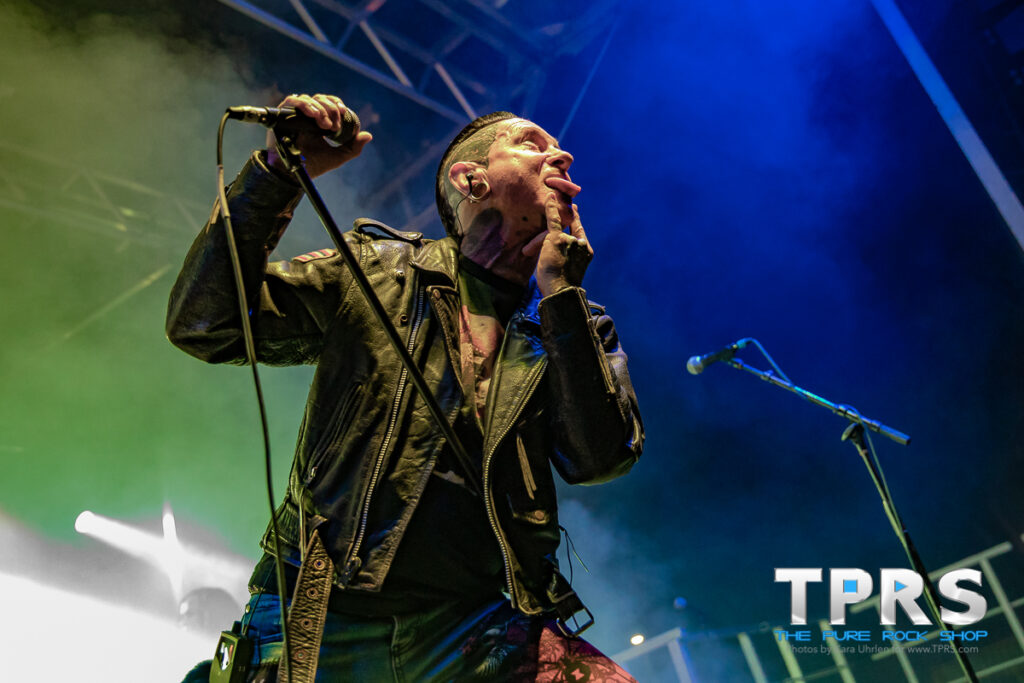 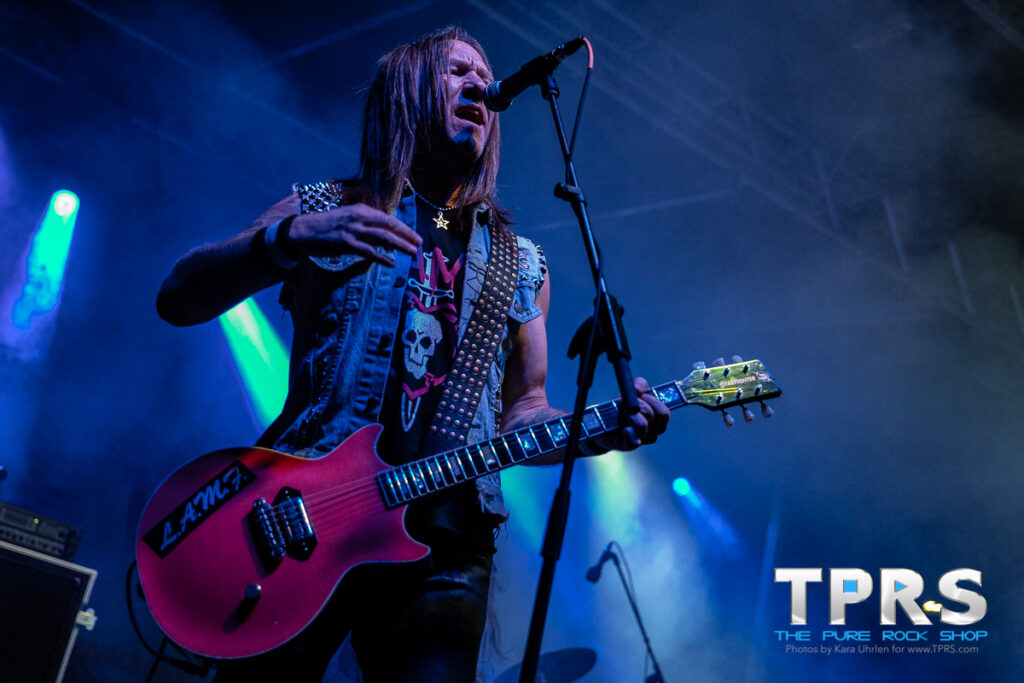 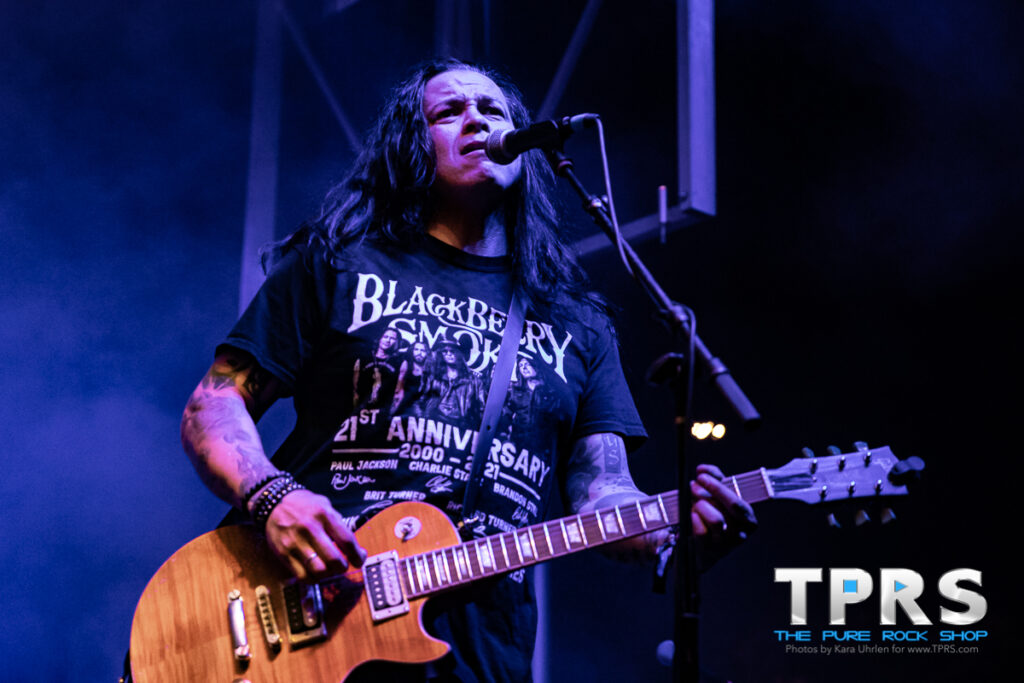 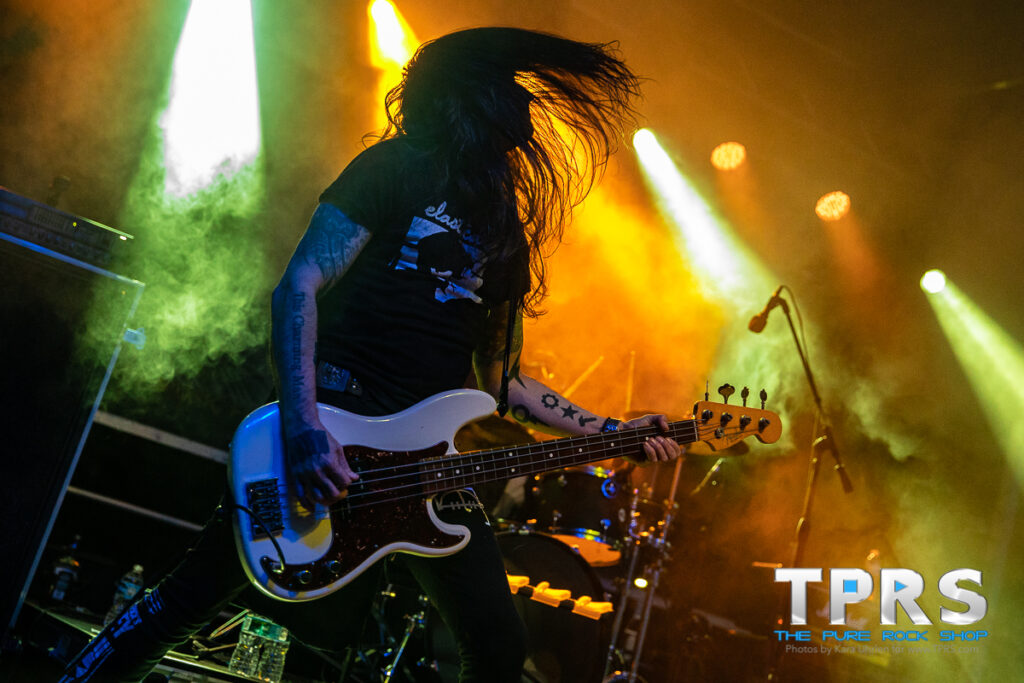 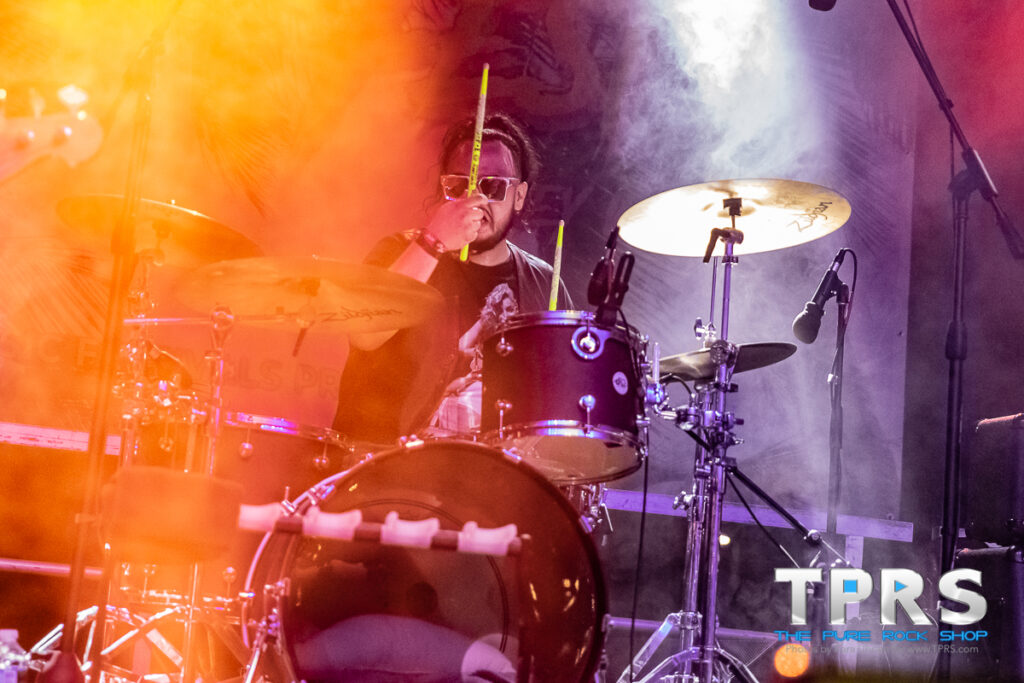 To end the night, our long time friends from Enuff Z’ Nuff performed their first of two shows for the festival.  Closing out the event on Tuesday evening and opening the official first day the next afternoon with a VIP Hardrock Nite performance of Beatles classics at the historic San Carlos Institute Theater.

This show was a typical Enuff Z’ Nuff favorites showcase with everything from “Fly High Michelle” to a newer addition “Love Train”.  Chip Z’nuff was joined by Tory Stoffregen and Daniel B. Hill on drums, as well as Tory’s bandmate Jason K. Herman from The New Black 7 on guitar as Tony was away for personal reasons.

Tory noted that Tony Fennell’s absence left him scrambling to fill in the vocal harmonies that the band is known for, but it somehow only fueled his energy on guitar.  In fact, he quickly caught the ear of bassist Brad Lang (Bulletboys, Burning Rain), who’d stopped by to check out the show, with his speed on the frets (and I’m sure many others).

Hot on the heels of their latest Frontiers Music Srl release Finer Than Sin, Enuff Z’ Nuff can be found touring the states again following their current festival run in Australia with other glam bands Like Tuff and Pretty Boy Floyd. 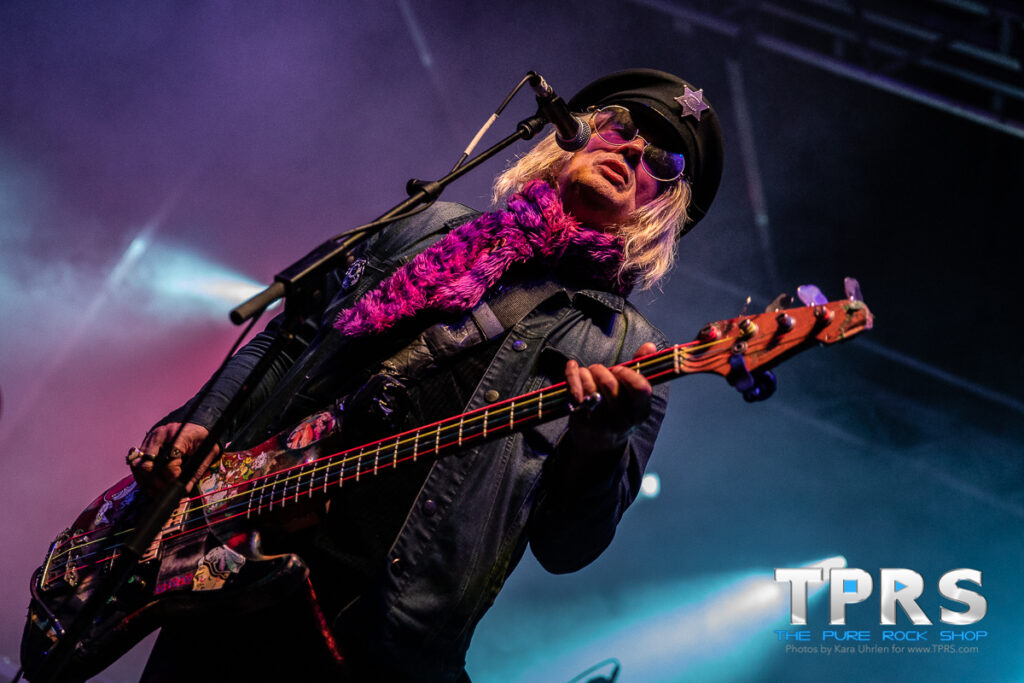 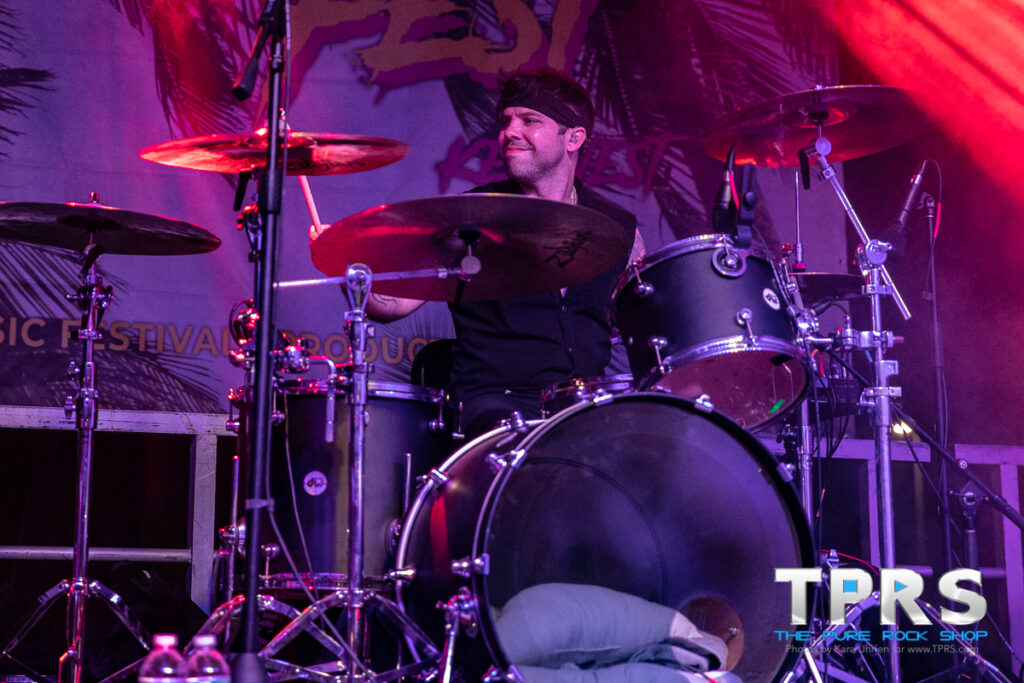 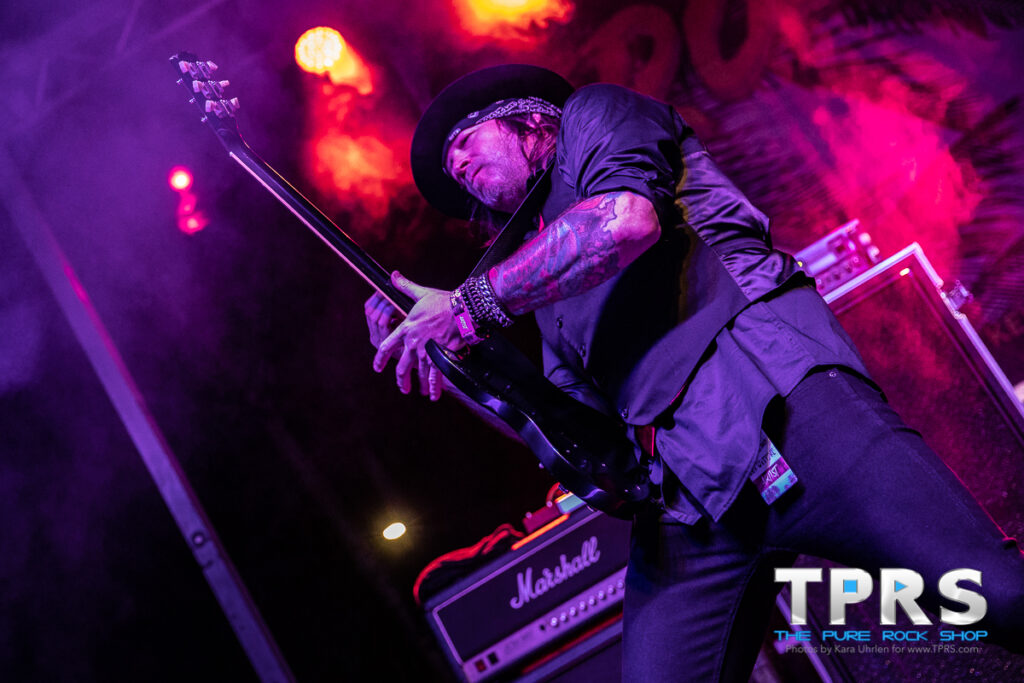 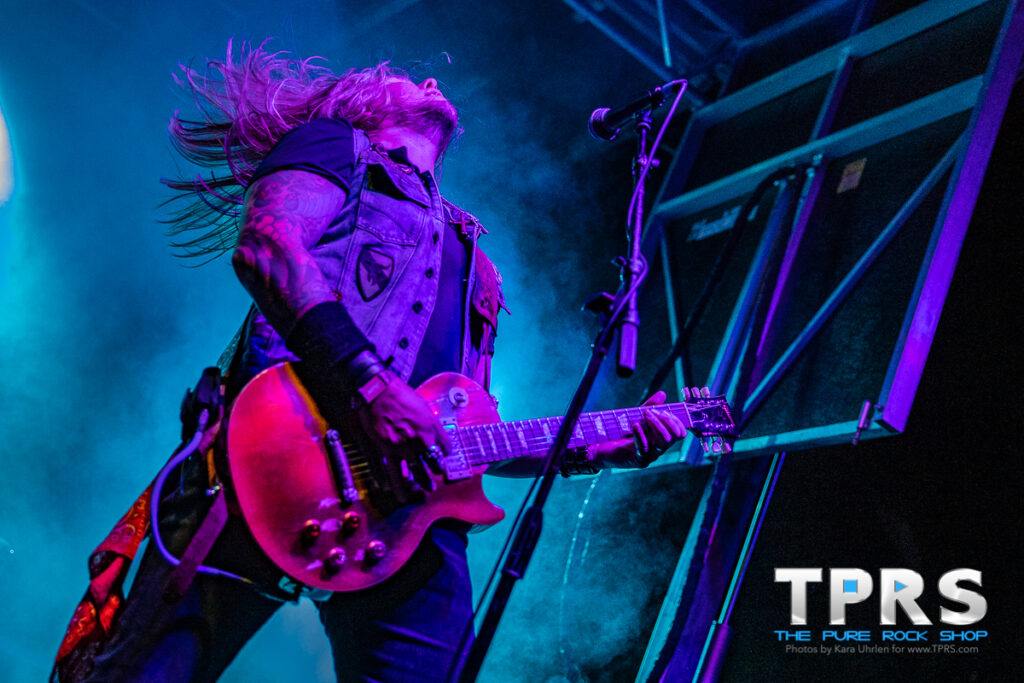 For more from Enuff Z’Nuff and Pretty Boy Floyd, check out our latest review from the Glam Slam Tour here and also be sure to check out our coverage of Jetboy guitarist Billy Rowe’s other band Buckcherry, you’ll find pictures on our social channels and a recap of Monsters of Rock Cruise here.

Follow us @ThePureRockShop for more local concerts including Kings of Thrash, Enuff Z’ Nuff, Queensryche, and That Arena Rock Show, as well as festival coverage in 2023 including more from the Rokisland Festival in Key West, Monsters of Rock Cruise, M3 Rock Festival and more.