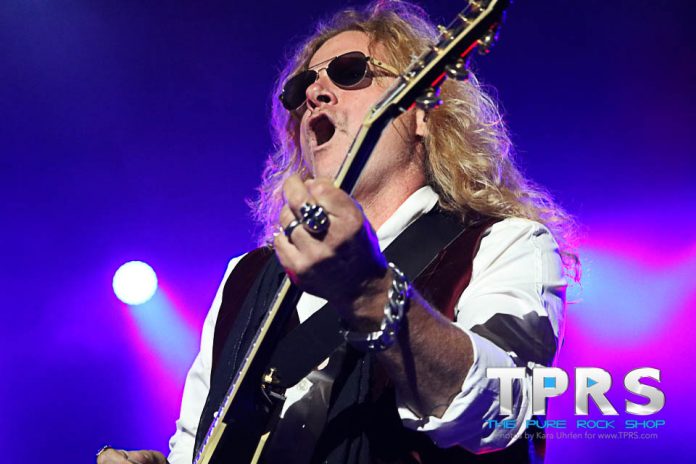 The final day of Grand Rocktember kicked off with Minnesota-based Hericane Alice, which many will recall from the 1990 release Tear the House Down. Still fronted by Bruce Naumann, Hericane Alice features Johnny Holiday on guitar, Johnny (Super J) Keyte on bass, and Jerry Babcock on drums. 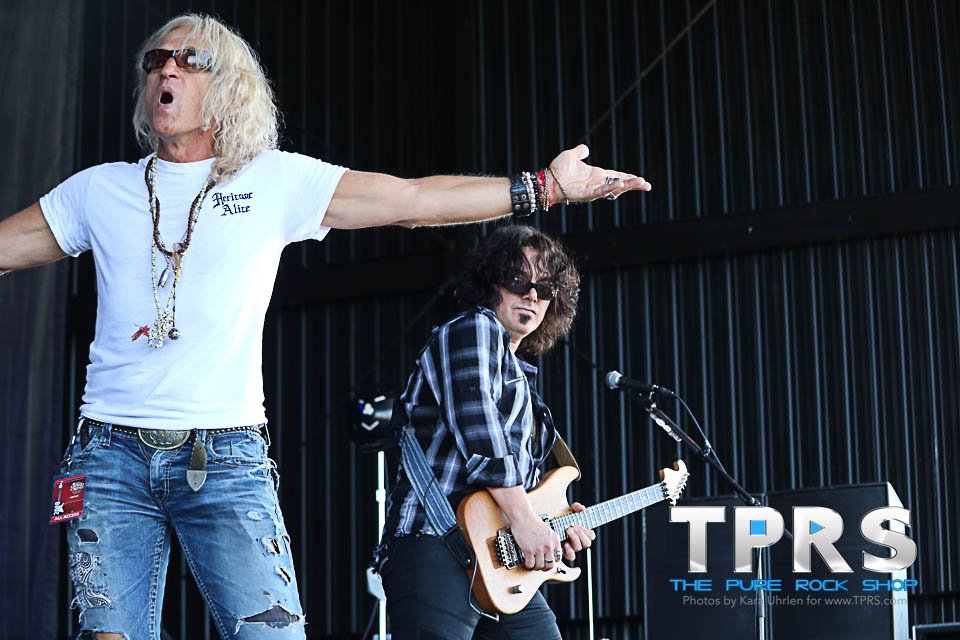 The band kicked off their set with a cover of Golden Earring’s “Radar Love,” and included a new cut called “Give Us What You Got,” as well as “Tear the House Down” and “Wild, Young and Crazy.”

When we caught up with these guys after the show we were happy to hear that they are working on new material, and we hope to catch up with them soon upon the release of their new album. 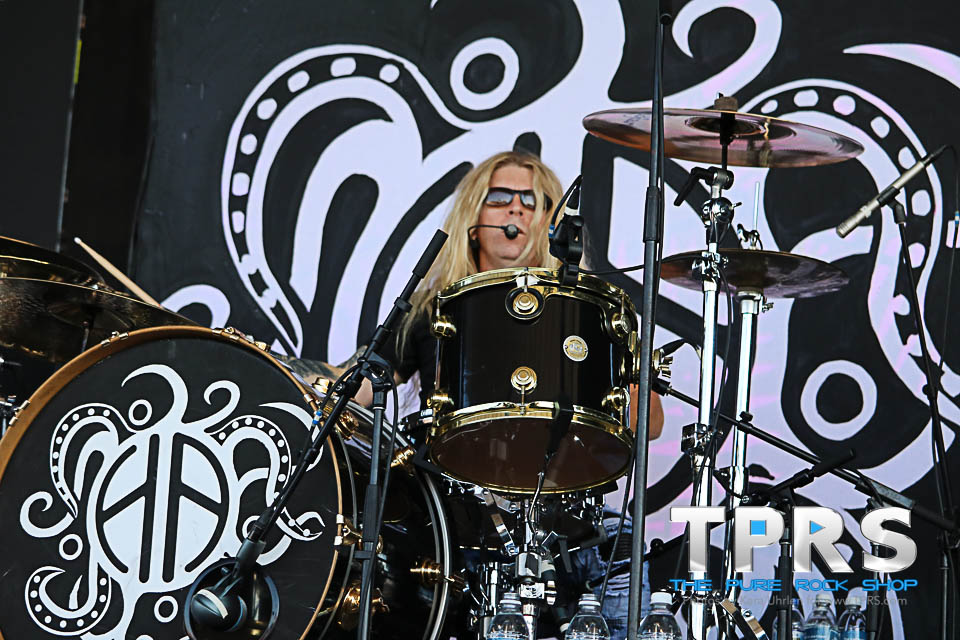 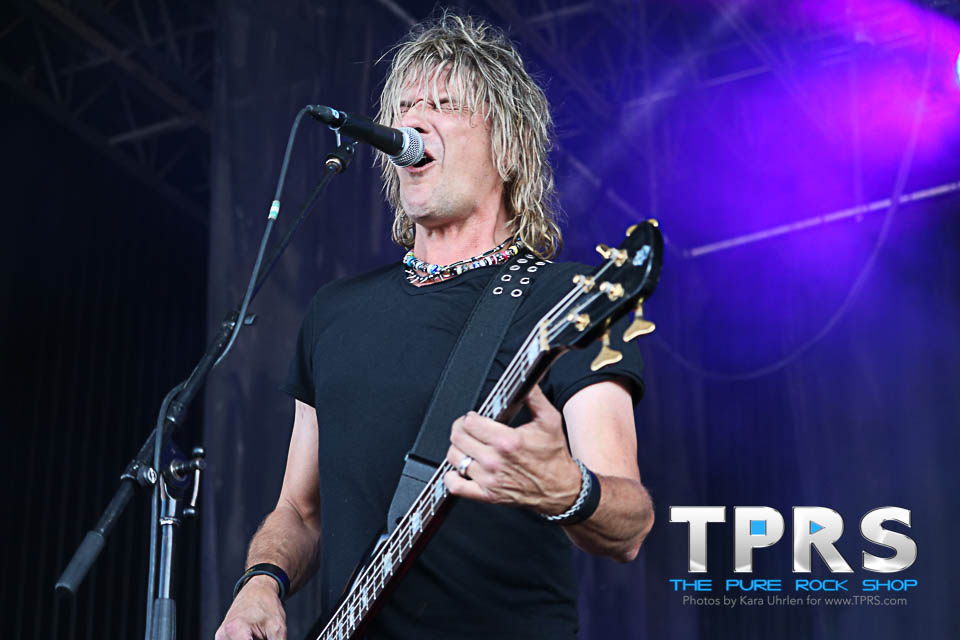 Considering how often Tuff performs live, we were excited to catch them twice within a few weeks, with the previous show being at the HighVol Music Summerbash in Wooster, Ohio. And, we are already looking forward to seeing them again on 2019’s Monsters of Rock cruise along with several other bands from the festival like Queensryche and Tesla. 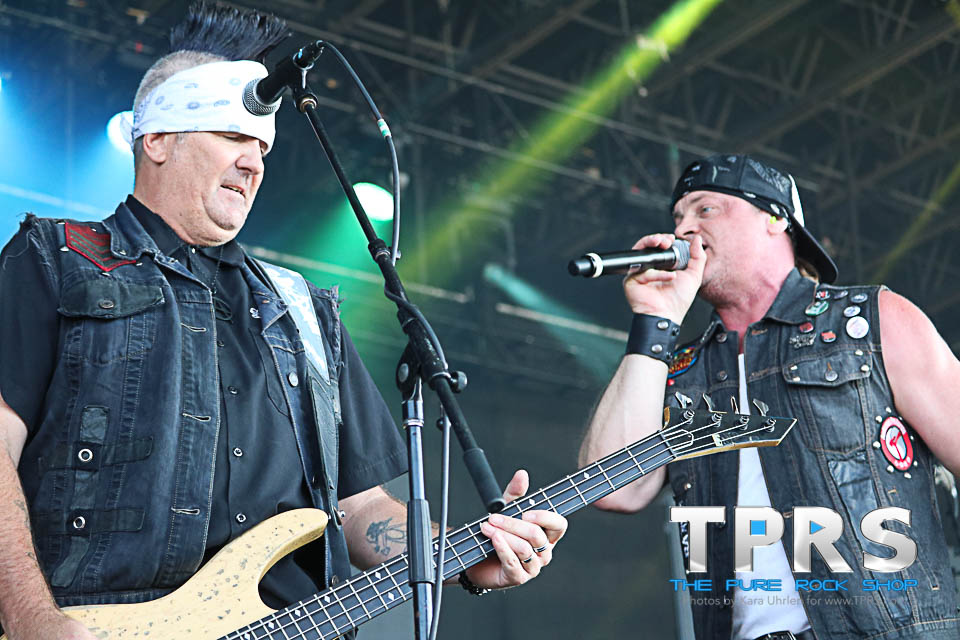 Short but sweet and full of favorites, Tuff kicked things off with “God Bless This Mess,” “Spit Like This,” and “Ruck a Pit Bridge.”  The highlight of the set was an extended version of “I Hate Kissing You Goodbye” featuring “Sweet Home Alabama,” which engaged the crowd before the band concluded with more sing-along favorites: “All New Generation” and “American Hairband.”

For an update from Tuff guitarist Billy Morris from the week leading up to the festival, check out our interview from 91.7 FM WNJR, where you can hear new music from the debut release for his own band Billy Morris & The Sunset Strip. 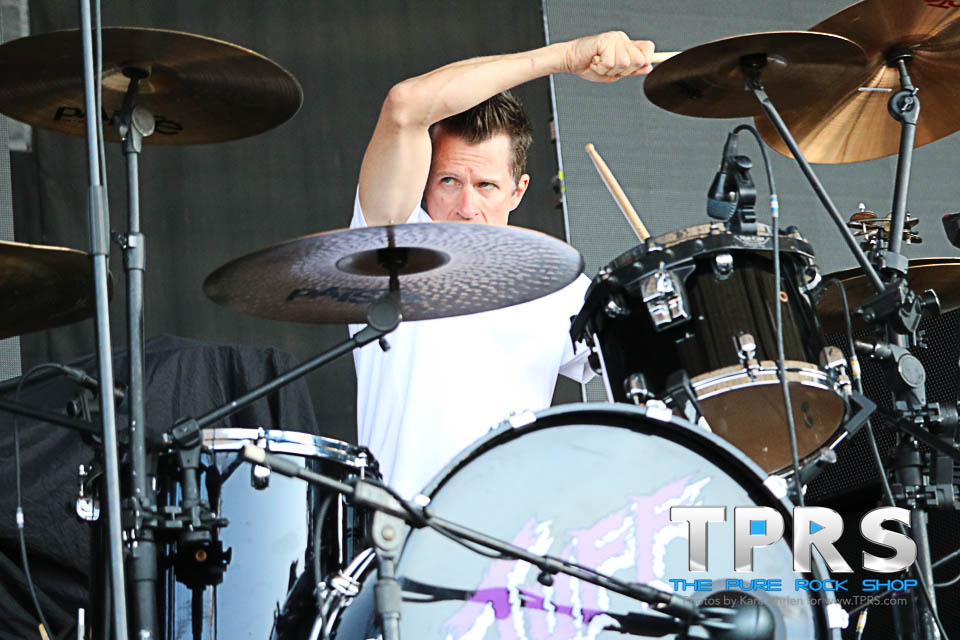 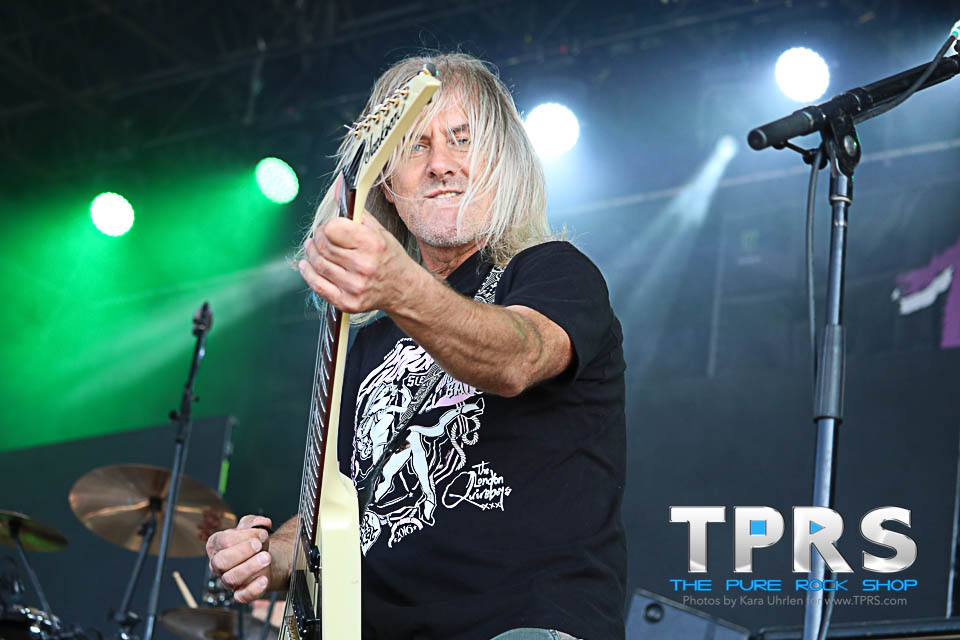 Autograph comes in second, only behind the master’s, KIX, when it comes to on-stage choreography.  They are just so fun to watch!  Fronted by Simon Daniels on guitar and vocals, along with Steve Lynch on guitar, Randy Rand on bass, and Marc Weiland on drums, these guys certainly know how to “Turn it up..” 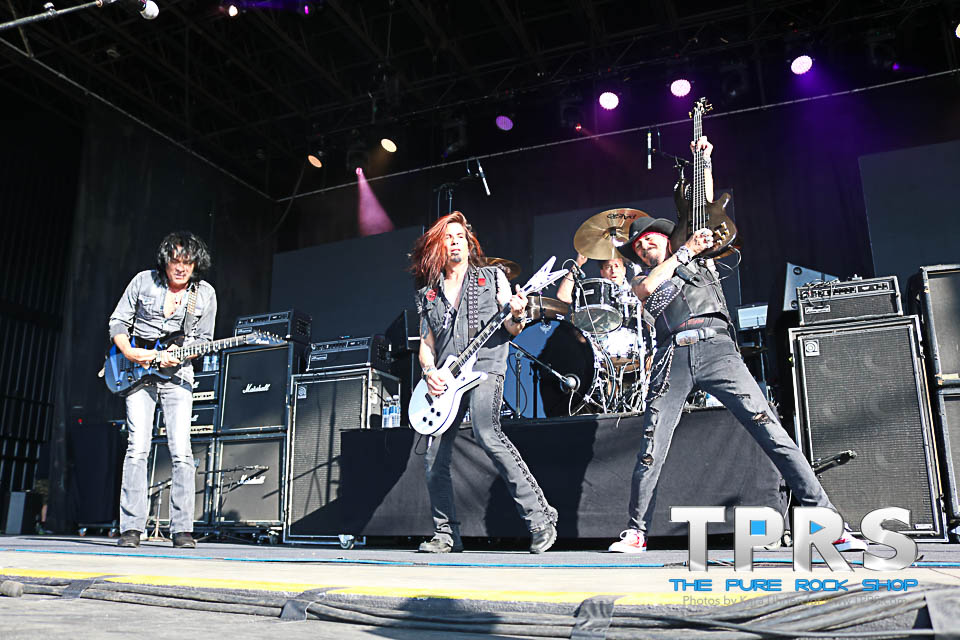 Autograph’s set kicked off with “Deep End” and later included new favorites “You Are Us, We Are You” and “Get Off Your Ass” from the band’s latest album Get Off Your Ass.  And, of course they saved the best for last, finishing strong with “Turn Up the Radio.” 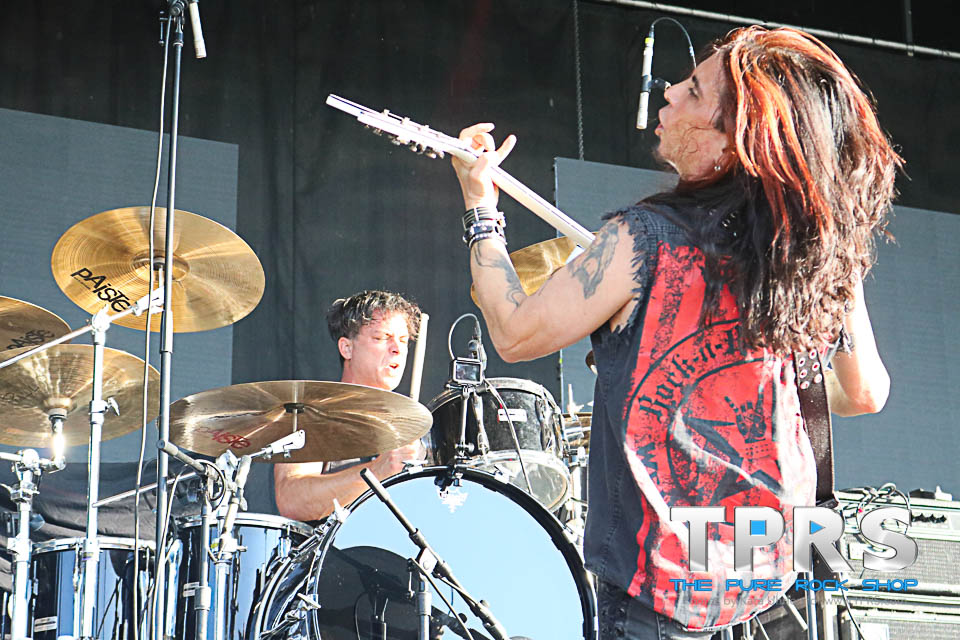 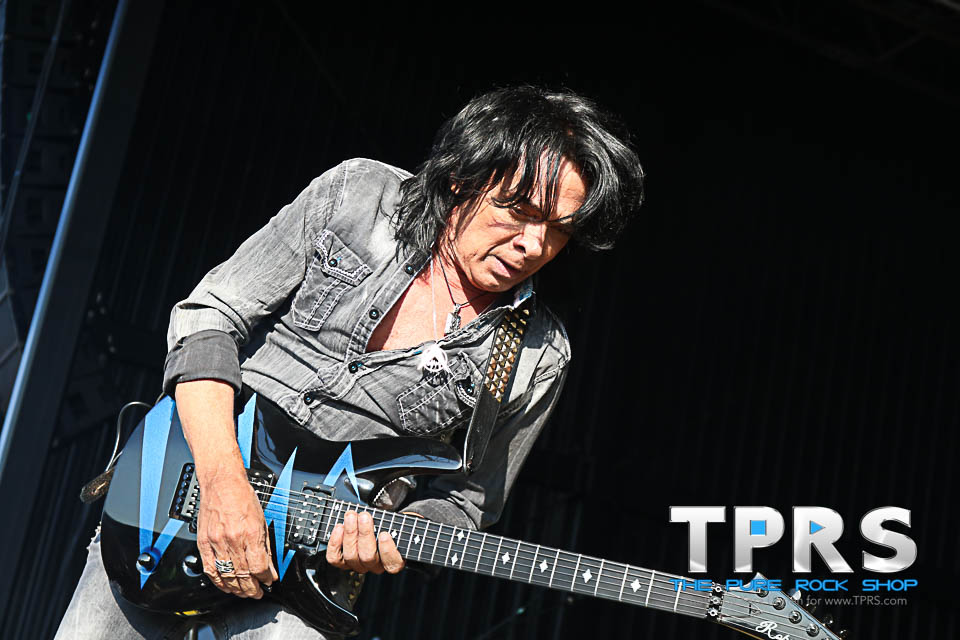 Also happy to report, that after a recent hospitalization due to a heart issue, Randy Rand told us that he is doing well, and it was great to see him in good spirits both on stage and after the show greeting fans with the rest of the band at the merchandise booth. 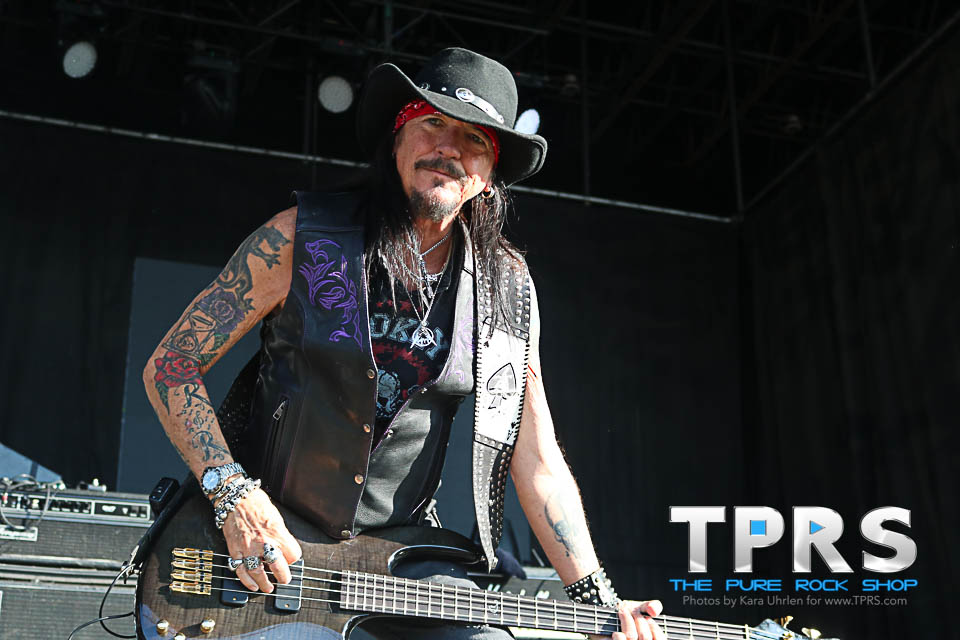 Lynch Mob offered somewhat of an encore of the prior evening’s Dokken performance featuring George Lynch with his classic line-up bandmates Don and Mick.  The current Lynch Mob line-up has been rotating frontmen Robert Mason and Nathan Utz this year after the departure of Oni Logan.  And this evening Nathan Utz was in play, along with bassist Sean McNabb and drummer Scot Coogan. 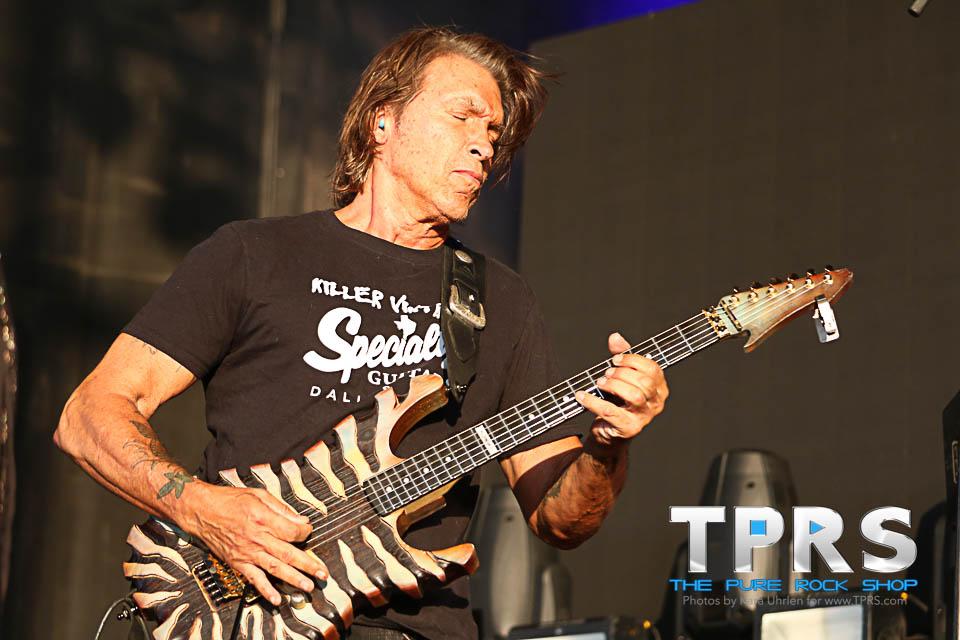 Lynch Mob kicked off their set with “Street Fighting Man” and “She’s Evil But She’s Mine.”  Focusing on both Logan and Mason-era classics, we also heard “River of Love” and “All I Want.”  Also included were the Dokken classic “It’s Not Love” and of course “Mr. Scary.” 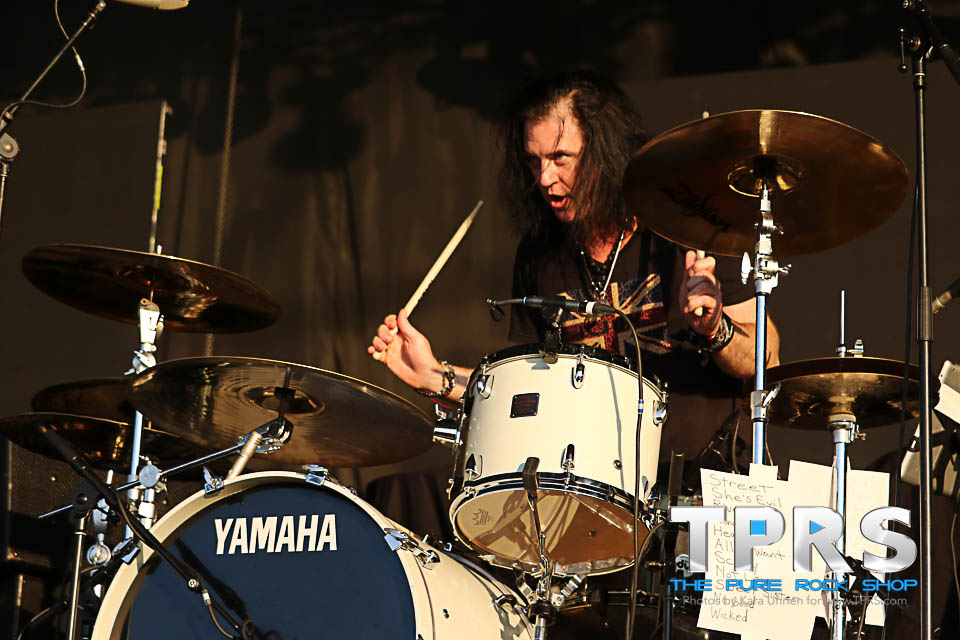 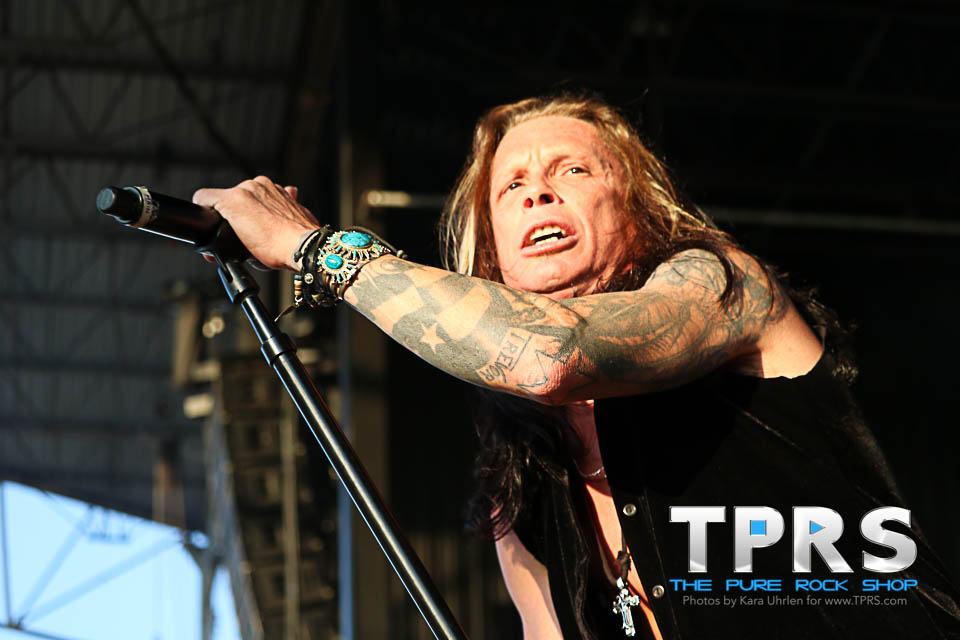 While they taunted us a few times, unfortunately, Lynch Mob never delivered on performing “Sweet Sister Mercy,” before ending the set with “Wicked Sensation.” 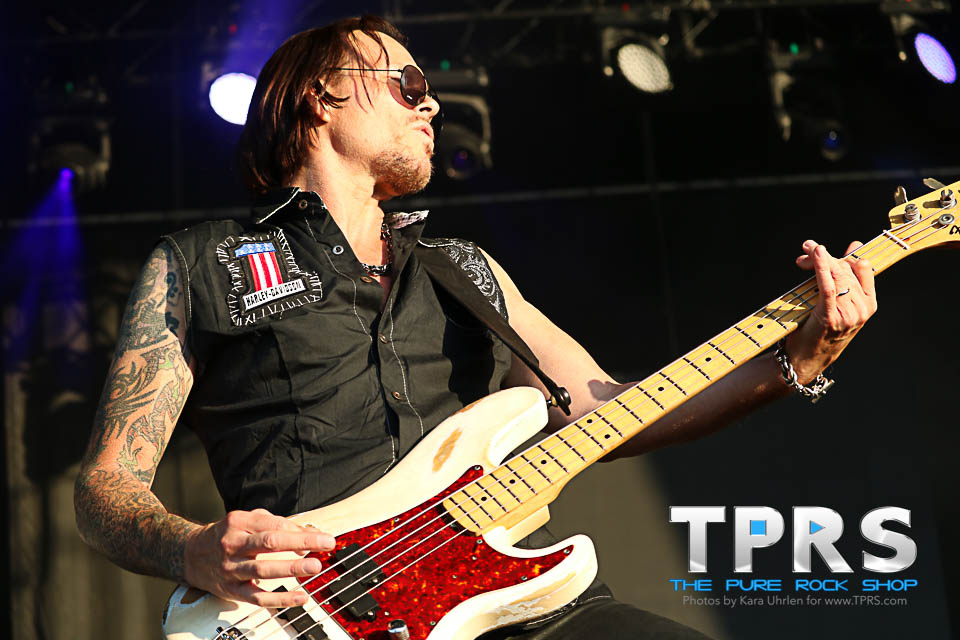 Queensryche, with the amazingly talented Todd LaTorre on vocals, and the backbone of the band, Eddie Jackson on bass and Michael Wilton on guitar, is sounding stronger than ever.  In the absence of Parker Lundgren, Mike Stone was filling in on guitar, and Casey Grillo (KAMELOT) has joined the band on drums while Scott Rockenfield has been taking a paternity leave to spend time with his new son. 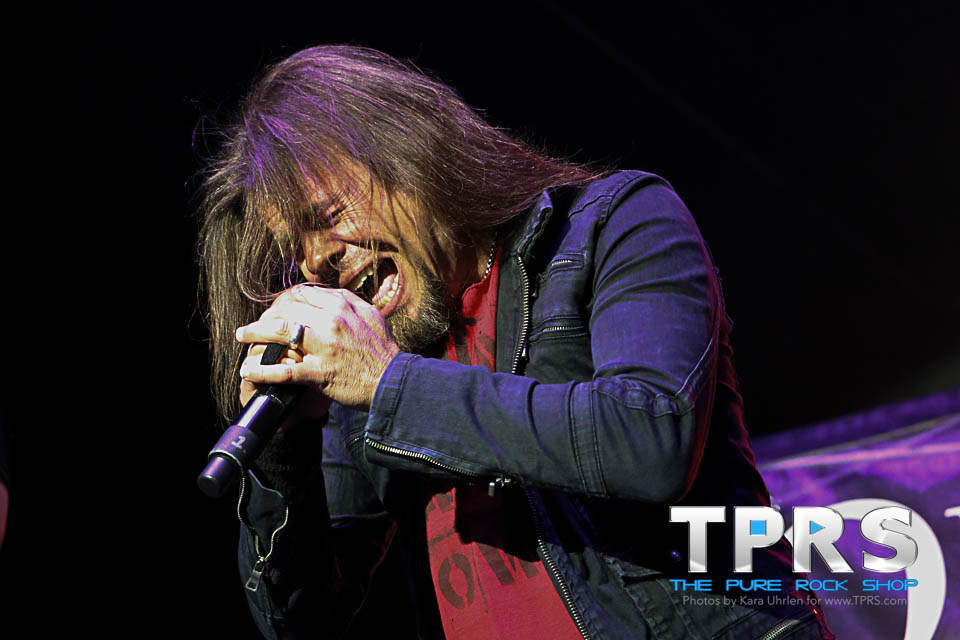 One of the best things about Queensryche is that having seen them about half a dozen times in the past two years, we’ve never seen them play the same set twice.  Whether they focus heavily on Operation: Mindcrime like they did in a theater show on the last Monster’s of Rock Cruise (perhaps one of the best shows of the decade) or when they pull from the deep past, present, and in between like they did during this show, it is always refreshing. 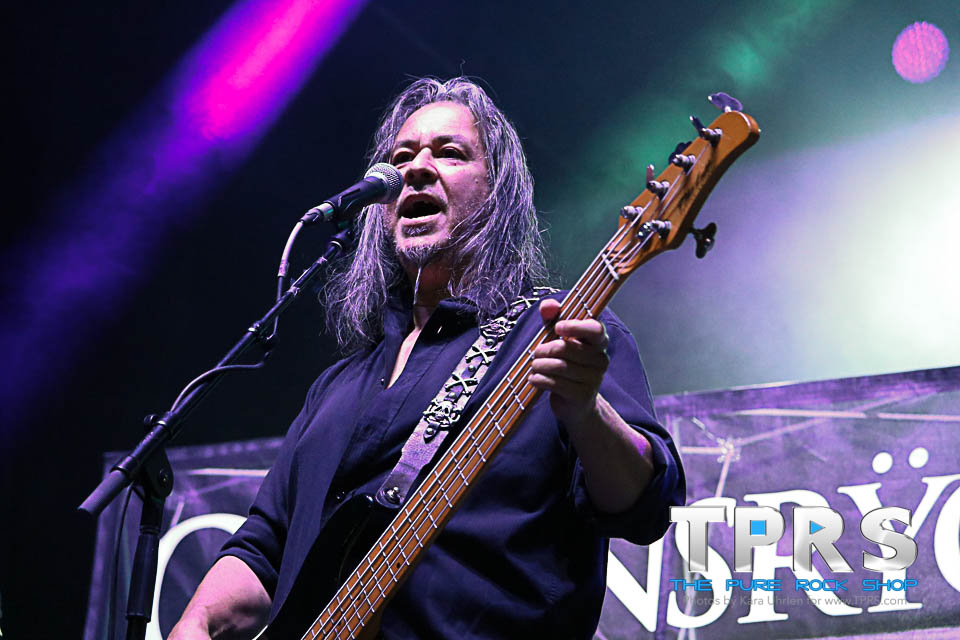 The only thing worth complaining about given how long the day was on Friday, was that Queensryche’s set seemed to be shorted to allow for a bit of an earlier start for Tesla, for reasons unknown to us, and sadly this wasn’t the only time a set was cut short during the event. 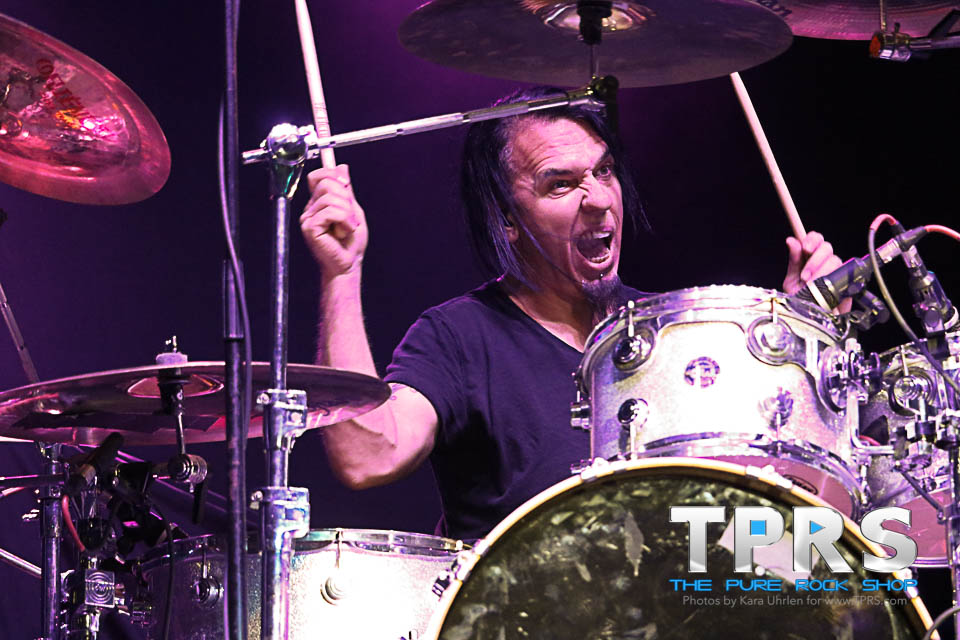 After starting things off with “The Whisper” from Rage for Order, Queensryche’s set rested heavily on the 1990 release from the MTV-era of hits, Empire, kicking things off with “Best I Can” and later including “Empire,” “Silent Lucidity” and “Jet City Woman” throughout the set.

Favorites included “The Mission” as well as “Eyes of a Stranger” from Operation:Mindcrime, the fist pumping “Take Hold of the Flame,” and “Screaming in Digital.” Quite sad for their set to end in all honesty … 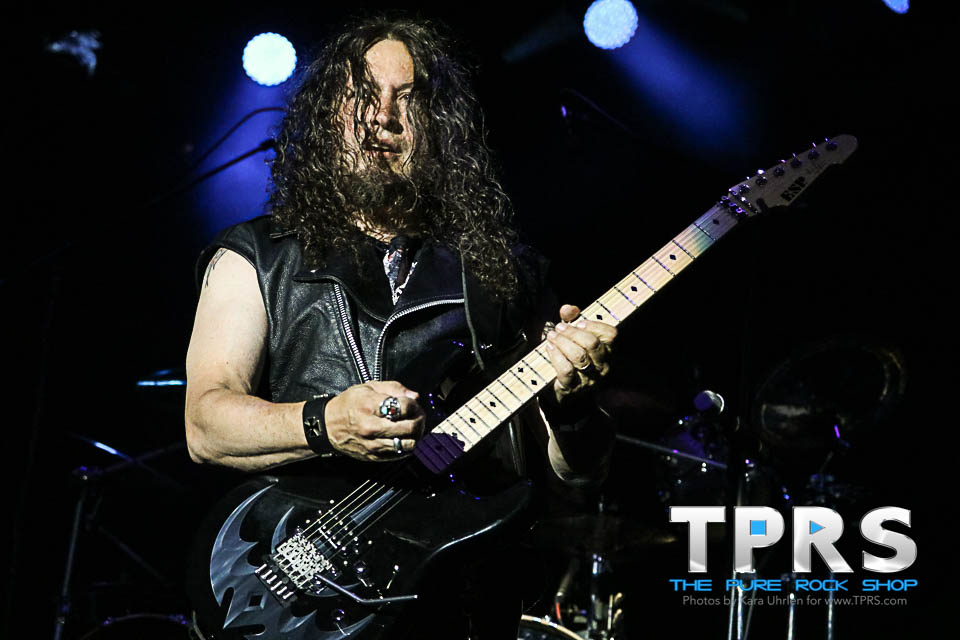 But then came Tesla, initially cranking it up with “I Wanna Live” and “Hang Tough” and then later delivering a sweet treat…a visit back to their classic Five Man Acoustical Jam album with a few favorites like “Paradise” and “Signs” performed with the same intimate atmosphere that bred several huge hits for the band and had every one singing every word and every note of Frankie Hannon’s famous guitar riffs out loud and in unison.  Truly a special way to end a stellar event. 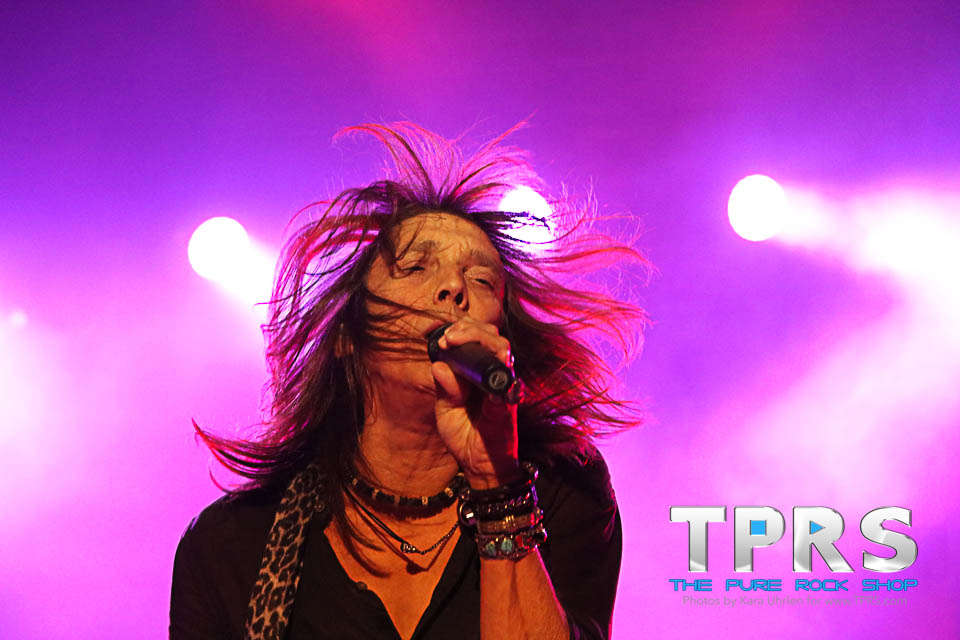 Tesla is Jeff Keith on vocals, Brian Wheat on bass, Frank Hannon and Dave Rude on guitars and Troy Luccketta on drums.  Having the opportunity to see this band several times a year it is sometimes easy to take for granted their talents, but with the unique opportunity to watch the show from the vantage point of the photo pit and take in the reaction from the front row as they brought out hit after hit without pause, once can only come to realize how powerful these songs are and how they will stand the test of time. And, quite frankly, as you watch the photo montage showcased during “What You Give,” you realize that the songs already have been with us for decades… 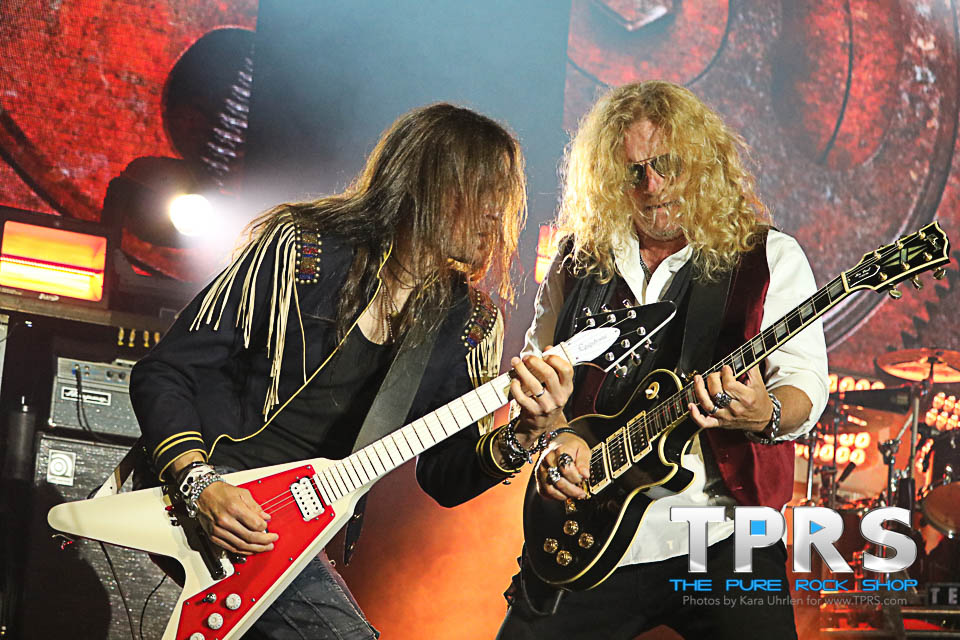 But don’t fret about the stripped down set, because they did again take things electric for favorites like “Edison’s Medicine,” their famous cover of Ph.D.’s “Little Suzi,” and “Modern Day Cowboy” before calling it a night and an end to Grand Rocktember VI.  So I’d say that even if some kids today only think of Tesla as a car company, I can guarantee that not a single person in the Grand Rocktember crowd stood silent as Frank Hannon introduced “Love Song” on his guitar that evening, and I’d also bet some of them are still singing those notes out in their heads this week as they remember just much Tesla’s music reels us in. 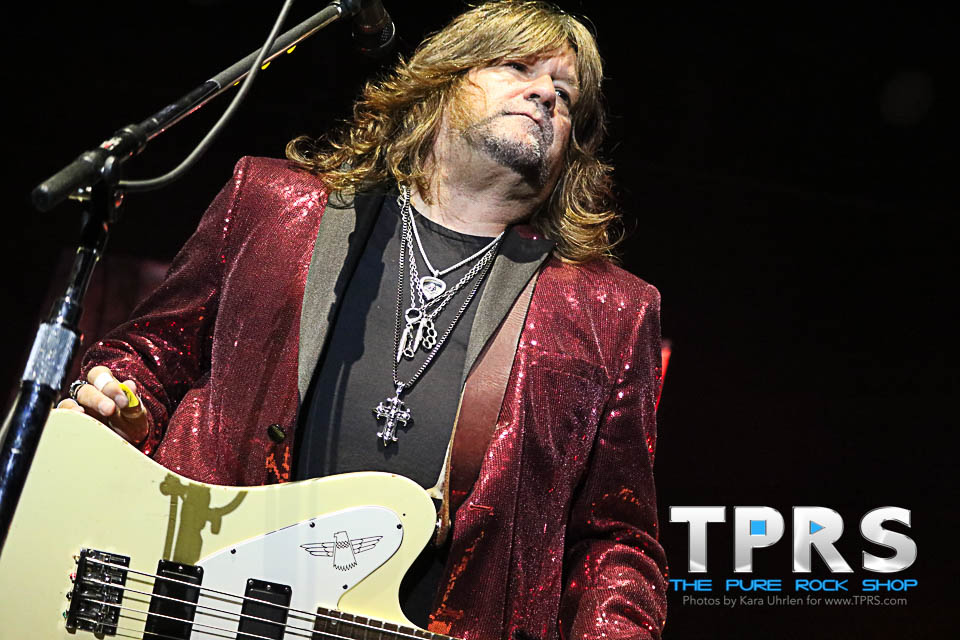 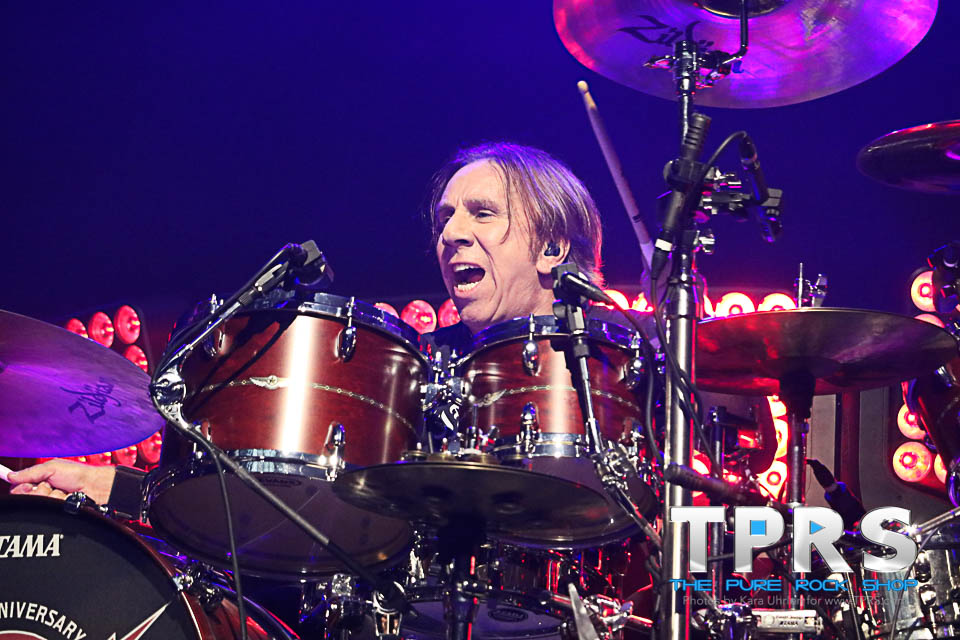 An impressive lined-up at Grand Rocktember VI to say the least, and definitely a festival weekend worth considering for a road trip or flight.  Check out our coverage from Thursday for more from VAIN, Eric Martin Band, Great White, and Skid Row, and Friday with KIX, Winger, Stryper, Scrap Metal and Dokken.

And follow us @ThePureRockShop for the latest news and interviews with your favorite pure rock artists.