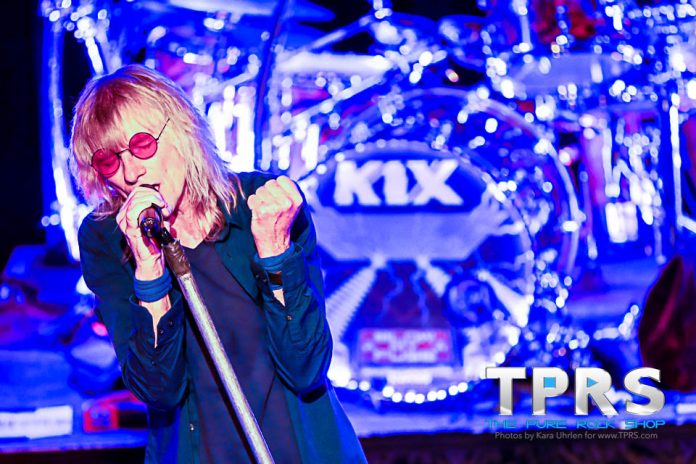 KIX fans united for an early “Kixmas” the second year in a row, making for a hot and steamy sold-out night at Jergel’s in Warrendale, PA.  With the venue floor packed beyond its limits, the evening kicked off around 9:45 pm with the lively “Wheels in Motion” from the band’s 2014 release Rock Your Face Off.

But as time went on, the band focused heavily on their Blow My Fuse album along with humorous “storyteller” commentary from frontman Steve Whiteman, who offered fans a look back at the album that launched KIX into mainstream success (but perhaps not financial success as he pointed out more than once).

Having seen these guys several times since their last visit to the Pittsburgh area, you’d think we’d know what to expect, but unlike the abbreviated “festival” set we caught back in September in Hinkley, MN at Grand Rocktember, KIX had room to warm us up with “Midnight Dynamite,” and “The Itch” after “Wheels in Motion,” before jumping into the “Fuse” album. And, they also offered up a full three song encore (without leaving the stage) with “Same Jane” “Love me with Your Top Down,” and “Girl Money.” 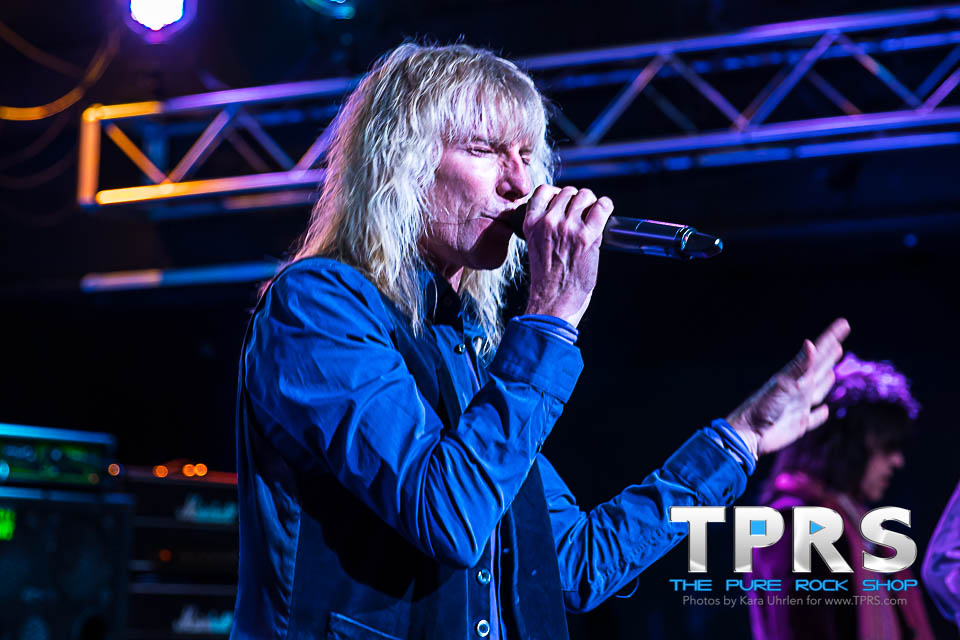 As we discussed during our interview with Steve Whiteman from 91.7 FM WNJR in advance of the show, KIX is celebrating the 30th Anniversary of the Blow My Fuse album this year and bringing out songs that his voice hasn’t visited in a while, and for fans that meant that in addition to favorites like “Don’t Close your Eyes” and “Cold Blood,” we also got to hear some lesser known cuts like “Piece of the Pie,” “Boomerang,” and “Dirty Boys.”

Of course this meant less soloing from the dueling guitars of Brian Forsythe and Ronnie Younkins and the absence of some other favorites like “Cold Shower” and “Yeah, Yeah, Yeah,” but there was still room for sing-along fun during “Cold Blood” and the sprinkling of balloons that we’ve all come to love. 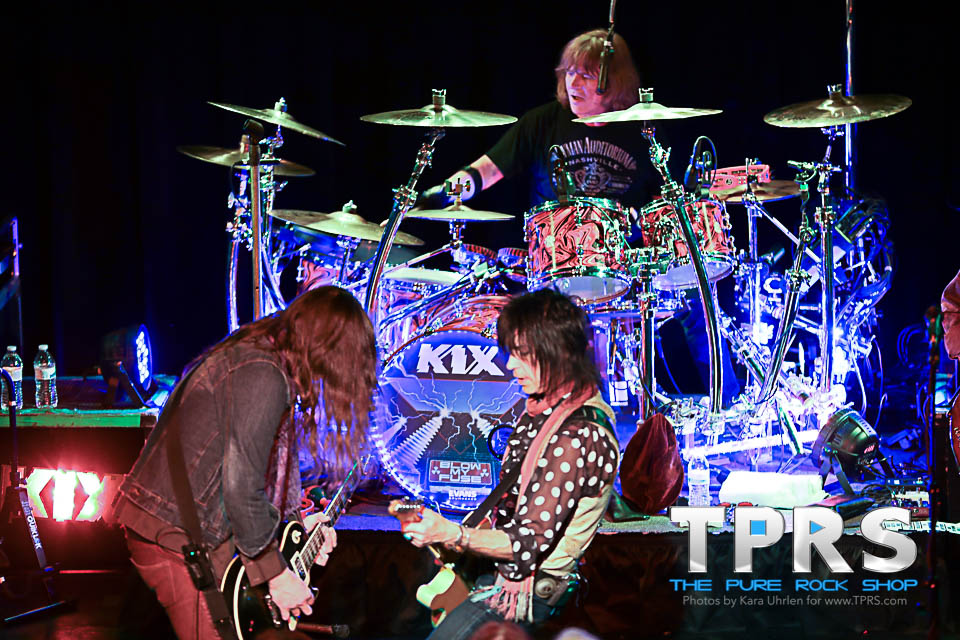 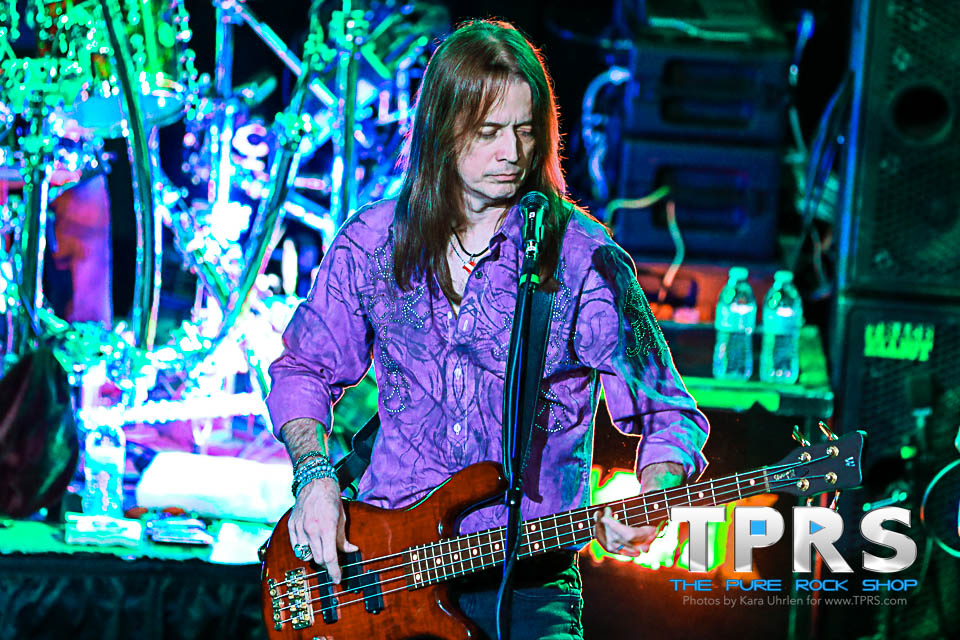 In addition to our new interview with Steve Whiteman, also be sure to check out our interview with guitarist Brian “Damage” Forsythe from last December if you missed it, and listen in for more radio interviews and pure rock programming, including new music from the KIX Fuse 30 Reblown album on 91.7 FM WNJR Washington / Pittsburgh and online at WNJR.org daily from 3pm EST – Midnight.

Follow us @ThePureRockShop for the latest pure rock news coverage.