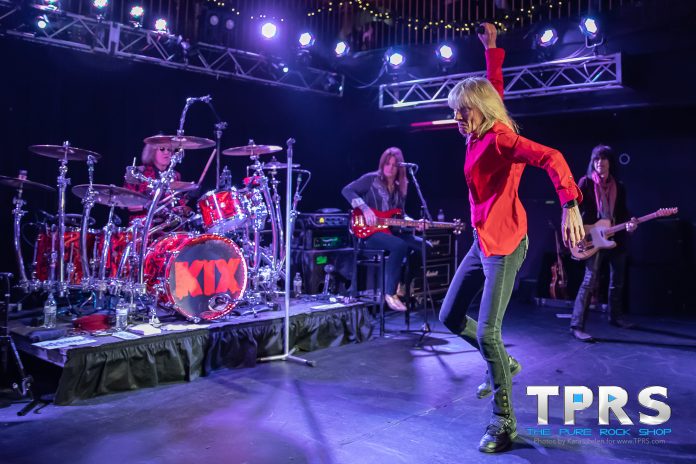 Most definitely an annual tradition as KIX visited a sold-out crowd at Jergel’s again this year with promises to return in 2020 as well…the energetic Steve Whiteman, along with guitarists Ronnie Younkins and Brian Forsythe, Mark Schenker on bass, and Jimmy Chalfant on drums, kicked things off with “Kix are For Kids” from the band’s self-titled album, later adding “The Kid” and “The Itch,” from the 1981 release.  A fun departure from last year’s anniversary of Blow My Fuse, they continued to mix things up adding in “Sex” and “Bang Bang (Balls of Fire)” from Midnite Dynamite album. 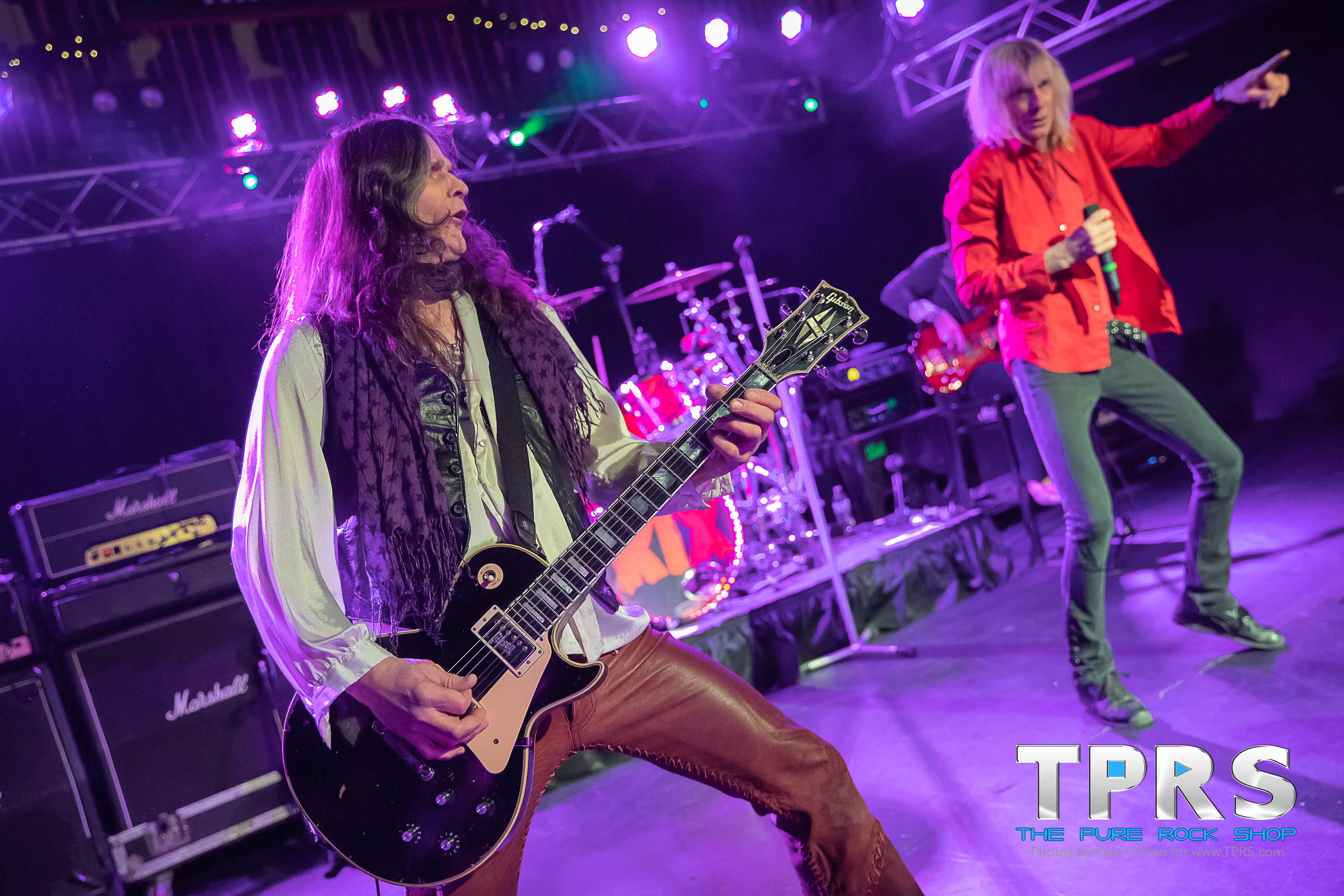 Despite bassist Mark Schenker being restricted to sitting during the show, the band’s energy was off the charts as always with Ronnie and Brian mounting boxes on their respective sides of the stage and Steve counting his steps (and jumps) on his Fitbit as he worked the audience with a humor that on KIX fans can appreciate.  This was especially true when an unsuspecting member of the crowd was asked to sing the chorus to “Cold Blood” on his own, and he somehow hit every note and missed every word even after he was spoon-fed the correct lyrics. 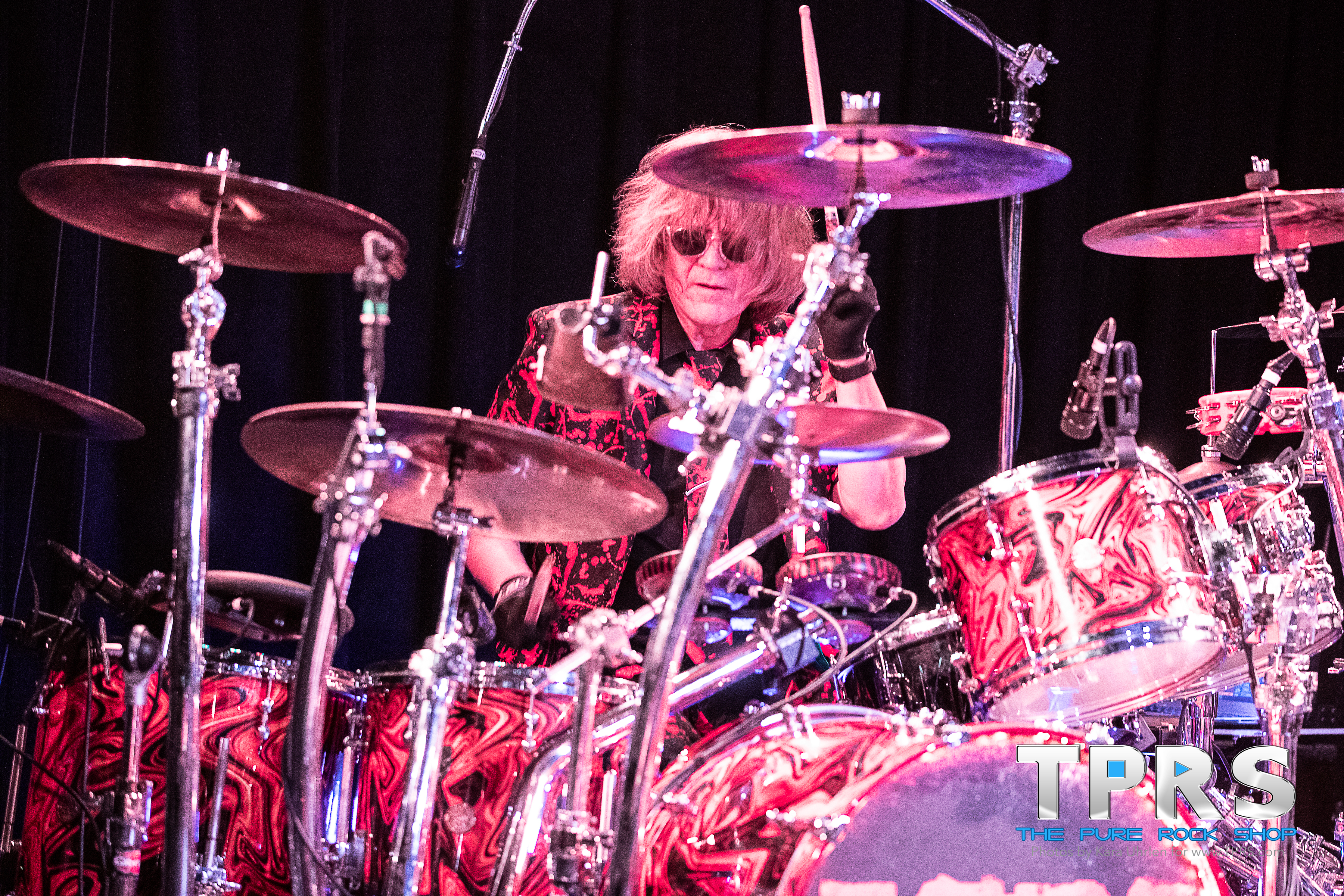 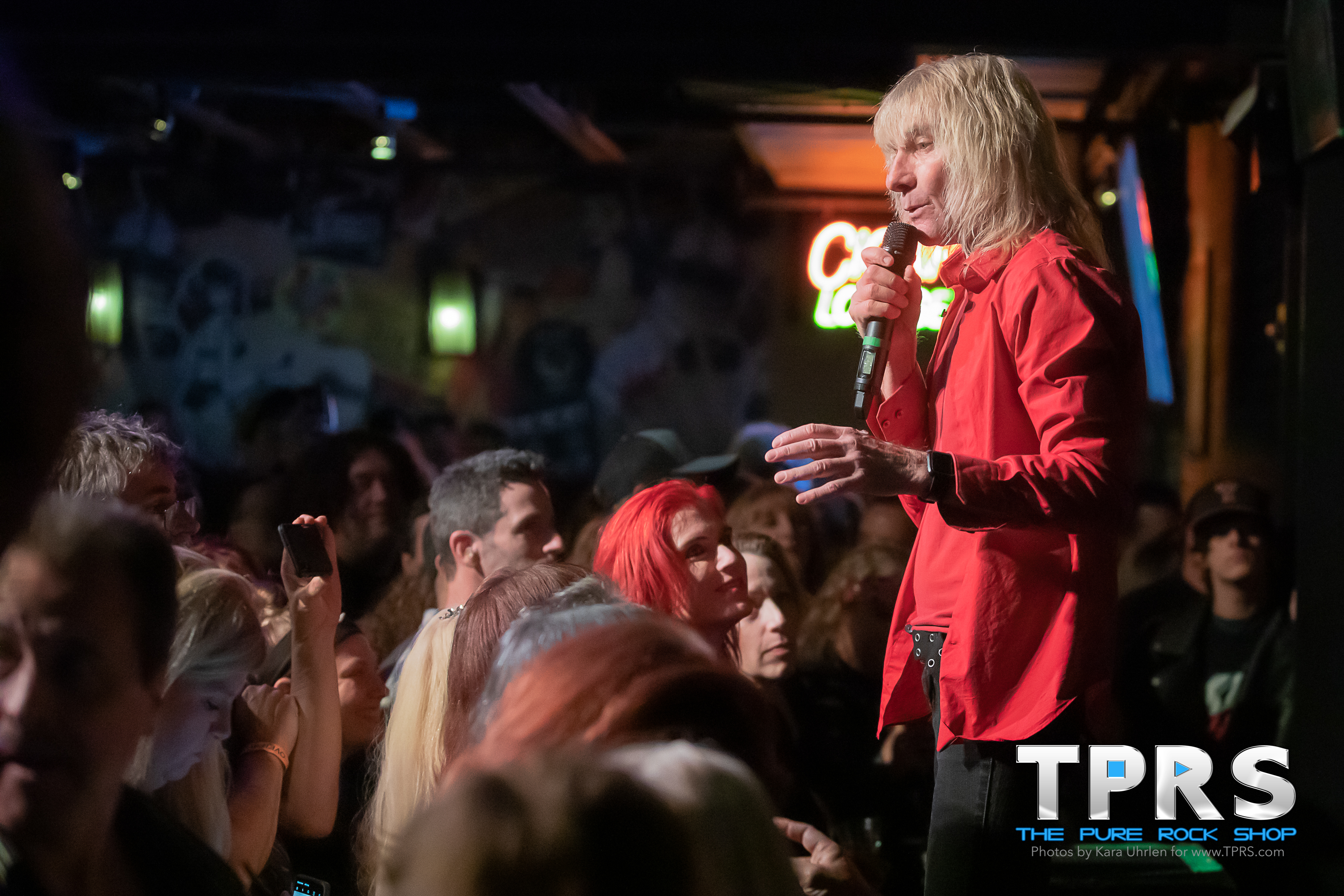 Naturally, that ballad we love, “Don’t Close your Eyes,” from the Blow My Fuse album made the list as well as “Girl Money” from Hot Wire and newer favorite “Love Me With Your Top Down,” from Rock Your Face Off before the audience was given another chance to participate.  When given the choice between “Midnite Dynamite” and “Yeah, Yeah, Yeah,” of course many said “both,” but cheers overwhelmed for a Dynamite departure that closed the evening with a celebratory hammer and explosion of balloons.

Looking for more from KIX? Check out our coverage from the M3 Festival last year where the band can be found headlining again on Friday, May 1, 2020, and look for more photos and event coverage from aboard the Monster’s of Rock Cruise this February.  Also listen in to our interview with Steve Whiteman from last December, and our interview with guitarist Brian “Damage” Forsythe from December 2017 if you missed it. Follow us @ThePureRockShop for the latest pure rock news coverage.