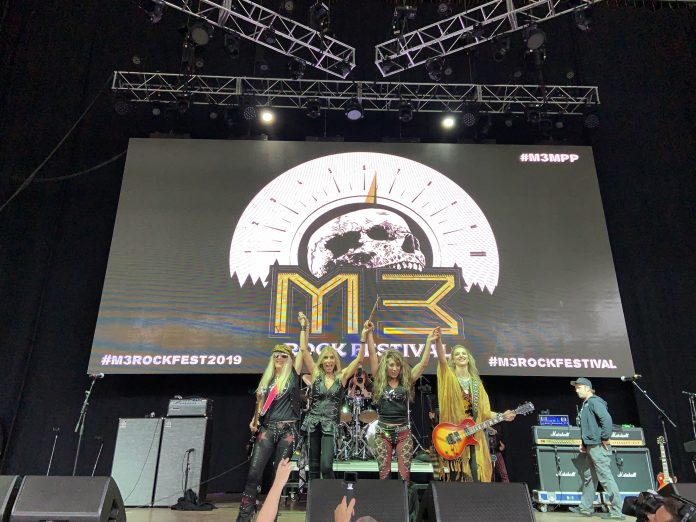 The M3 Rock Festival began on Friday evening with a special VIP performance by Kip Winger who was accompanied by Paul Taylor on keyboards prior to officially hosting the masses with a performance by Enuff ‘Z Nuff.

A highlight from the set included the addition of two as special guests on one the band’s most recognizable hits “Fly High Michelle,” bringing a unique spin to the always melodic delivery from frontman and founder Chip ‘Z Nuff (bass, lead vocals) and his band featuring former member Alex Kane on guitar again along with guitarist Tory Stoffregen and drummer Dan B. Hill.  For the latest on the band, check out our interview with frontman Chip Z’ Nuff about the band’s latest album Diamond Boy here.

With a double-sided rotating stage moving things along with little rest for the wicked, they were soon followed by Black ‘N Blue, who surprised the crowd with “Bulletboy” Jimmy D’Anda (Lies, Deceit & Treachery, Lynch Mob) guesting on drums since Pete Holmes was away on a gig with Ratt. And, then to end the night in style, local boys KIX torn down the house as was fully expected…thank you and you’re welcome!

But the night was young and a huge crowd migrated to the nearby Sheraton for jam session that featured a prequel for Tora Tora (who started things early the next day), as well as members of Black ‘N Blue and Enuff ‘Z Nuff together on stage for the party. 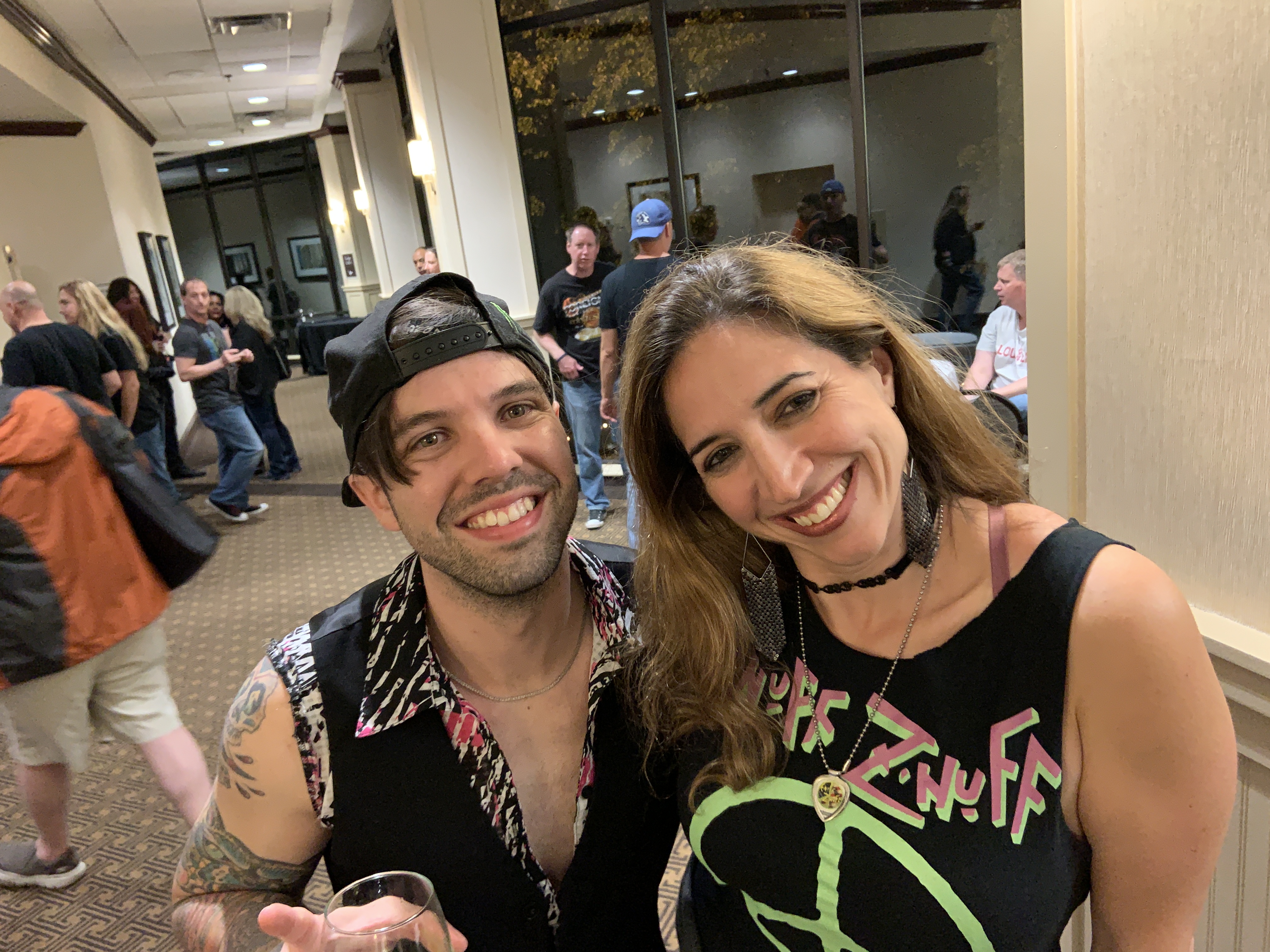 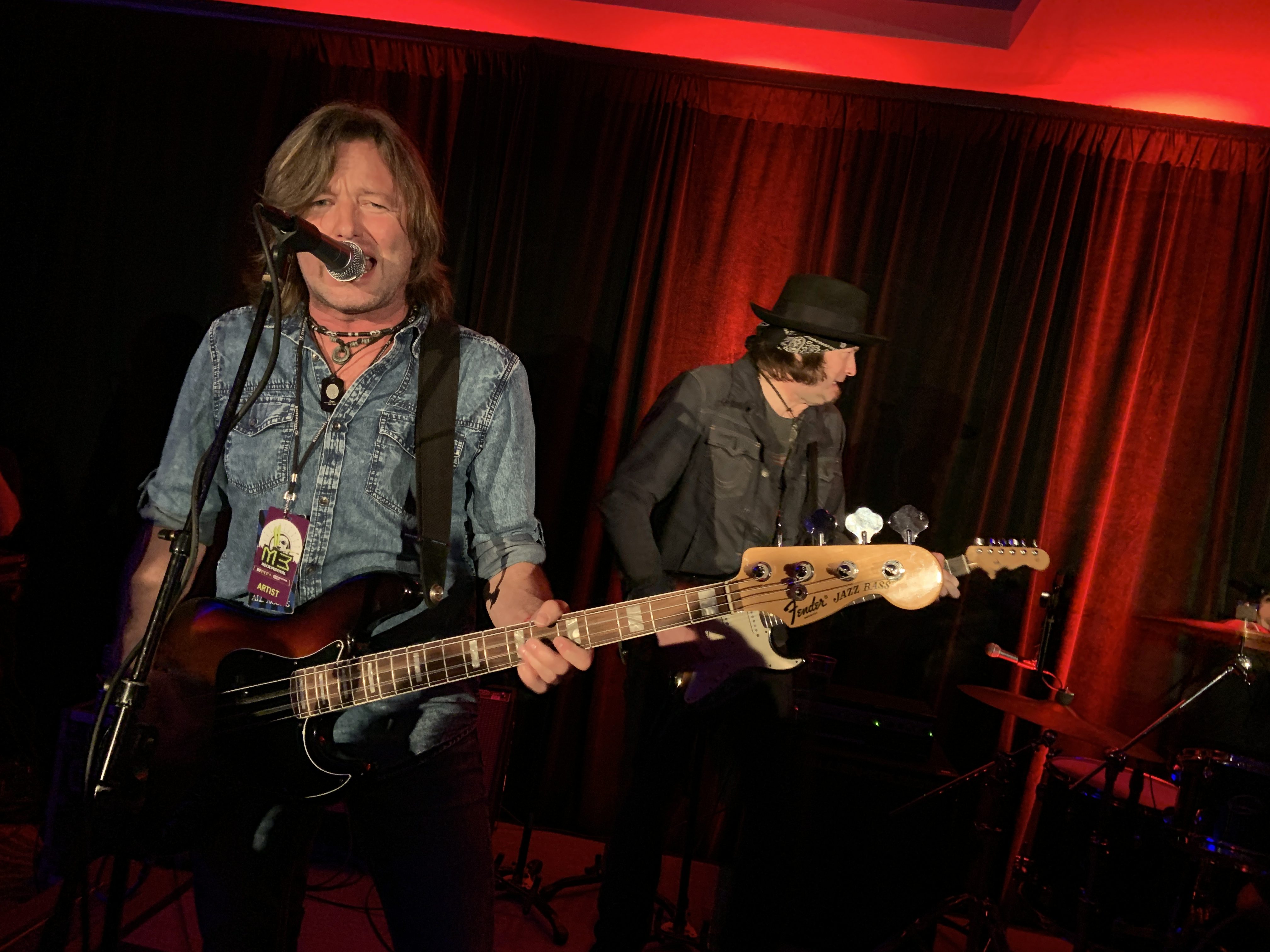 It seemed unfeasibly to arrive for day two before noon to catch Tora Tora when just hours earlier they were performing at the Sheraton, but with the wonders of modern technology, we were able to check out “Walking Shoes” and get ready for the festival from the comfort of our hotel room.  They were followed by Autograph and Kingdom Come, who also contributed to those late night hotel jams.

Kingdom Come is touring in support of the band’s 30th Anniversary and features all original members with the exception of frontman Keith St. John (Montrose, Lynch Mob, Burning Rain).  For those curious about the history of the band and what prompted the reunion, check out our interview with drummer James Kottak (Warrant, Scorpions, A New Revenge).

While VIP guests were offered standard and “rockstar” meet & greet packages, Danger Danger frontman Ted Poley started the fan fun early by offering up hugs and selfies mid-set while venturing out as far into the crowd as the range from his wireless microphone would allow. Next, the touring version of L.A. Guns that features drummer Steve Riley and bassist Kelly Nickels along with frontman Kurt Frohlich and guitarist Scott Griffin.  A unarguably strong band that many seem to hate to love given that Phil Lewis and Tracii Guns were not on stage with them. 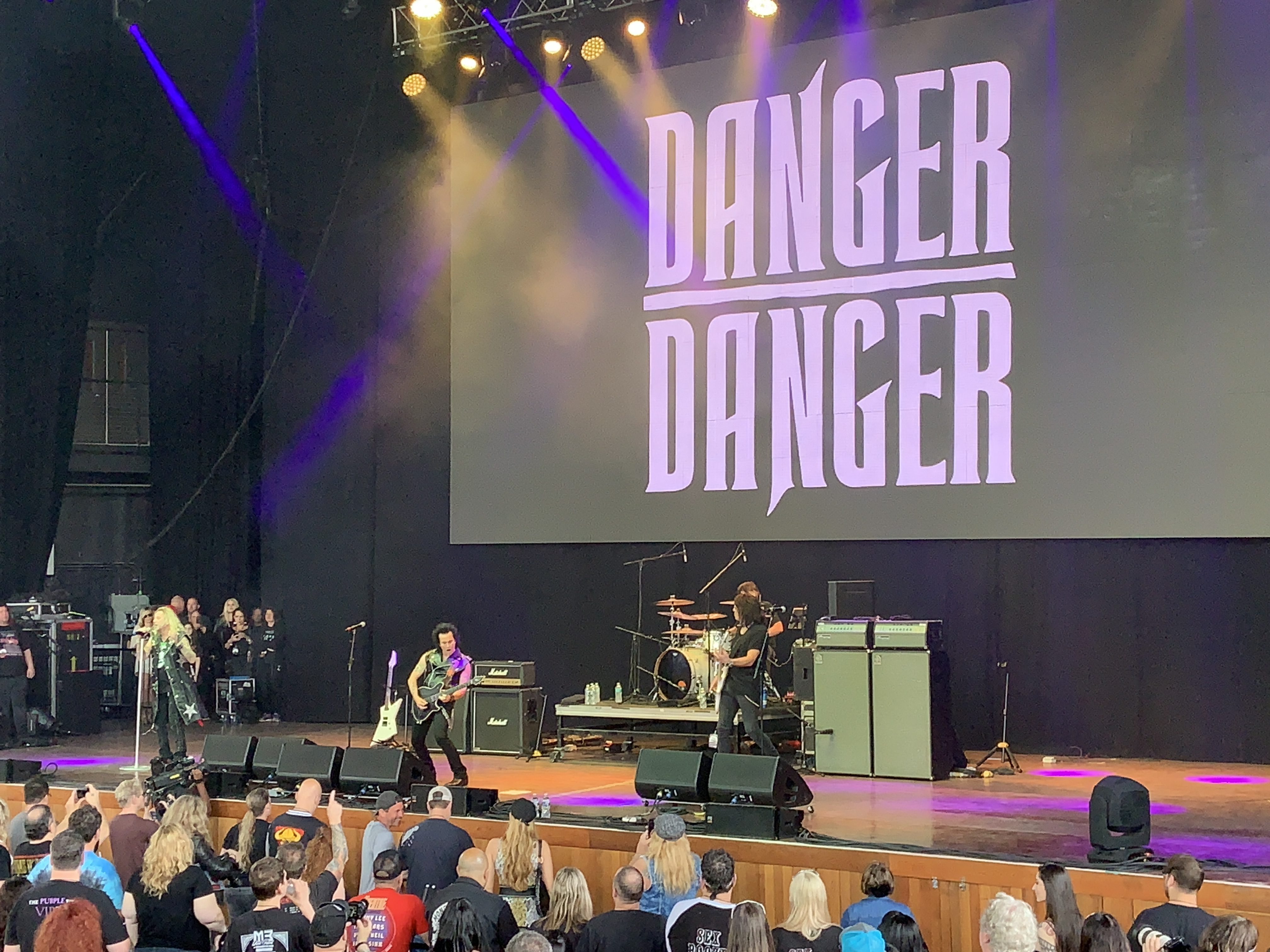 A mid-day and overall festival highlight was the band led by former Guns ‘N Roses drummer Steven Adler and fronted by Ari Kamin from Argentina who proclaimed that he is living his dream while blowing away fans who argue that he could replace Axl Rose if given the opportunity.  Quite honestly, the evening could have ended there, but the fun continued. Firehouse delivered a set of hits along with frequent tourmates Warrant, who tore down the house before the evening’s headliner Mr. David Coverdale from Whitesnake reminded us that it was “Star Wars” day in the event that anyone had already fast-forwarded to Cinco De Mayo during the party weekend…

As the band’s new album Flesh & Blood drops this week, we were treated to new cuts like the single “Shut & Kiss Me,” which introduced some cute new girly merchandise for the band’s current tour.  You can hear more about the album here in our interview with guitarist Joel Hoekstra. 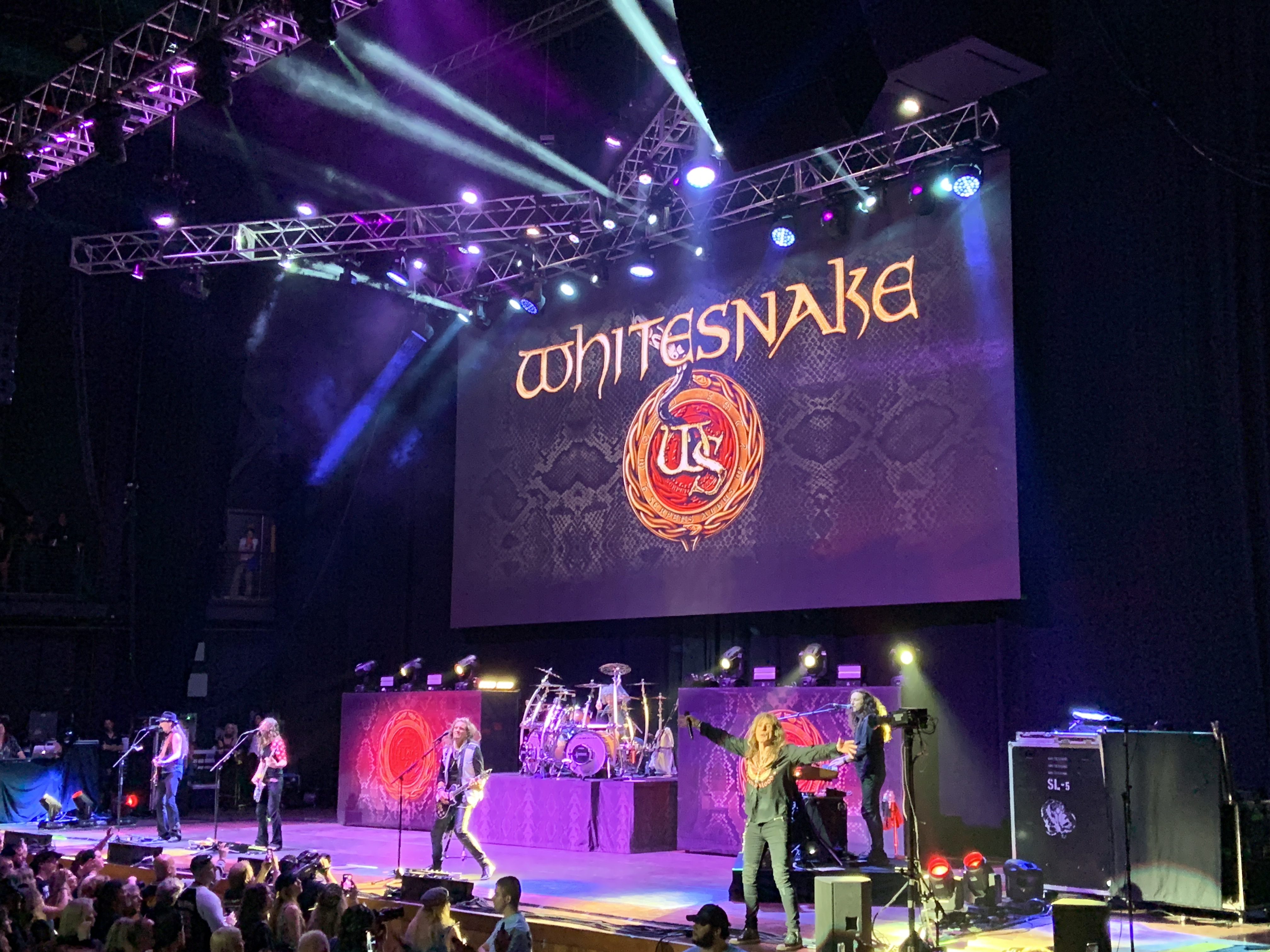 With advance warning that XYZ and Vixen were confirmed to play during the Saturday evening fiesta, the crowd packed it in at the Sheraton enjoying drinks at the bar, late night pizza and the ballroom blitz until the early hours of the morning… But, with short sets scheduled the next day, we were sure to prioritize VAIN and XYZ’s over the need for sleep and literally ran to the venue to catch the whole show.  One must give these West Coast guys props for getting up so early for soundcheck on East Coast time and bringing it! 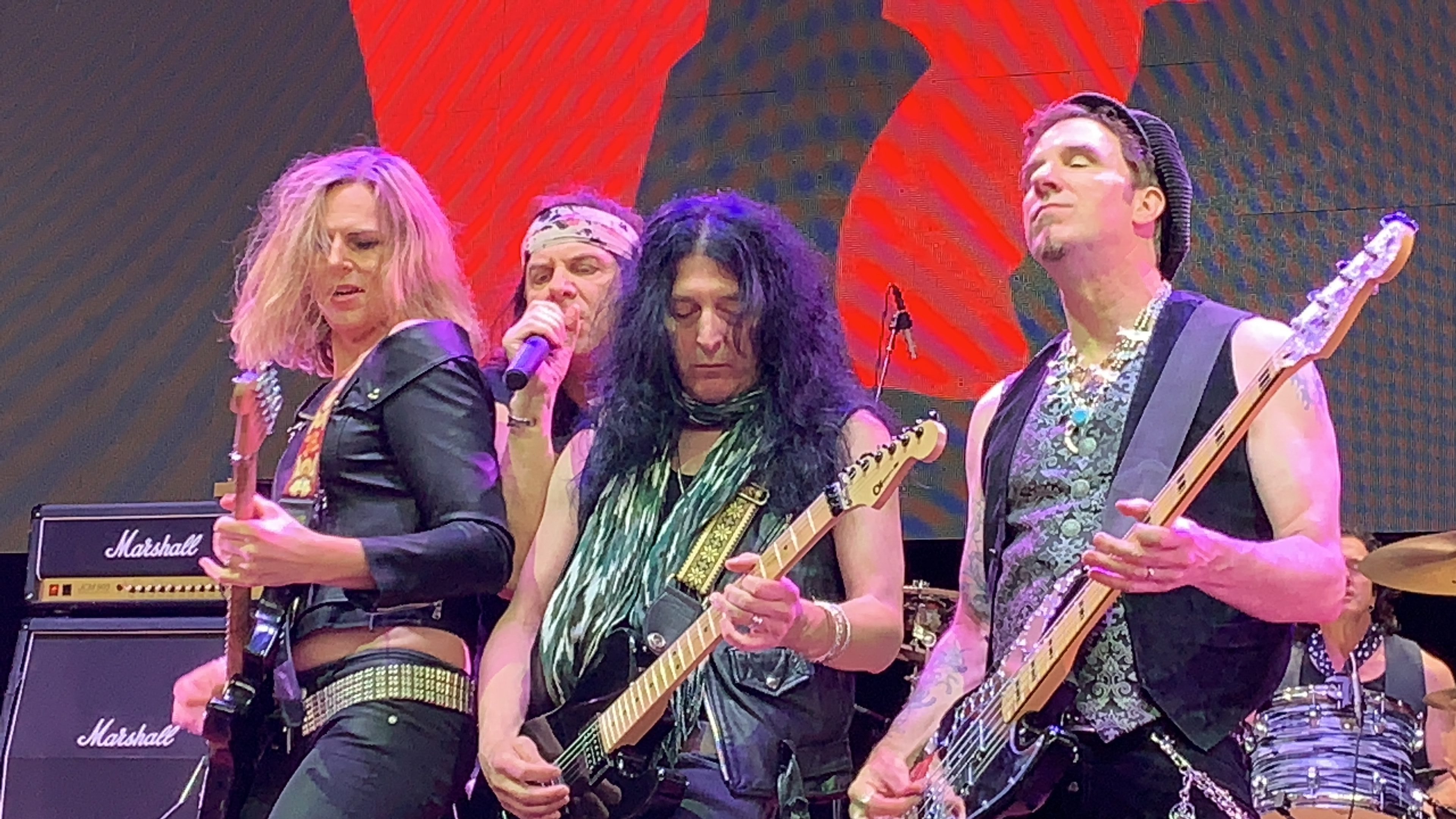 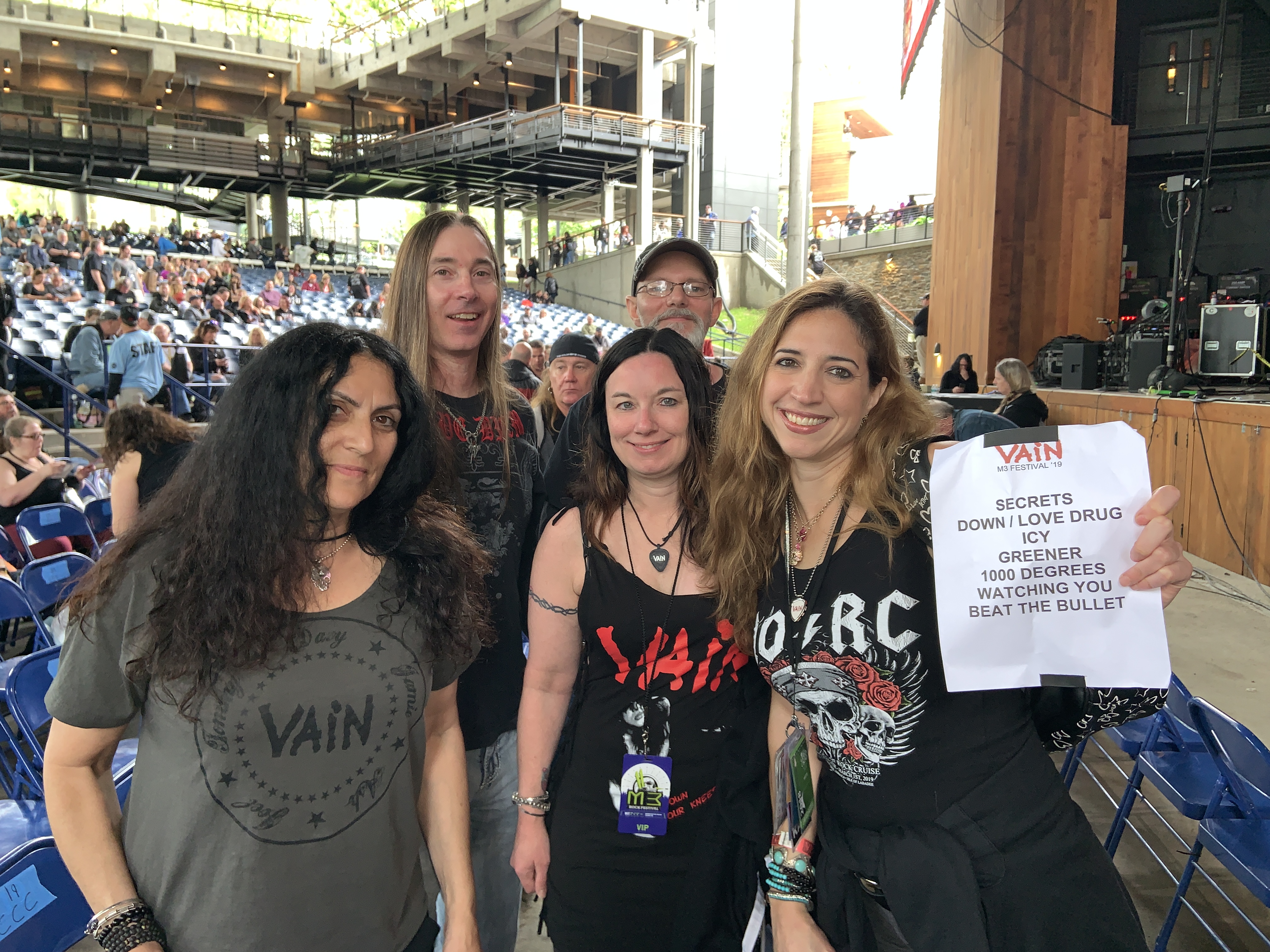 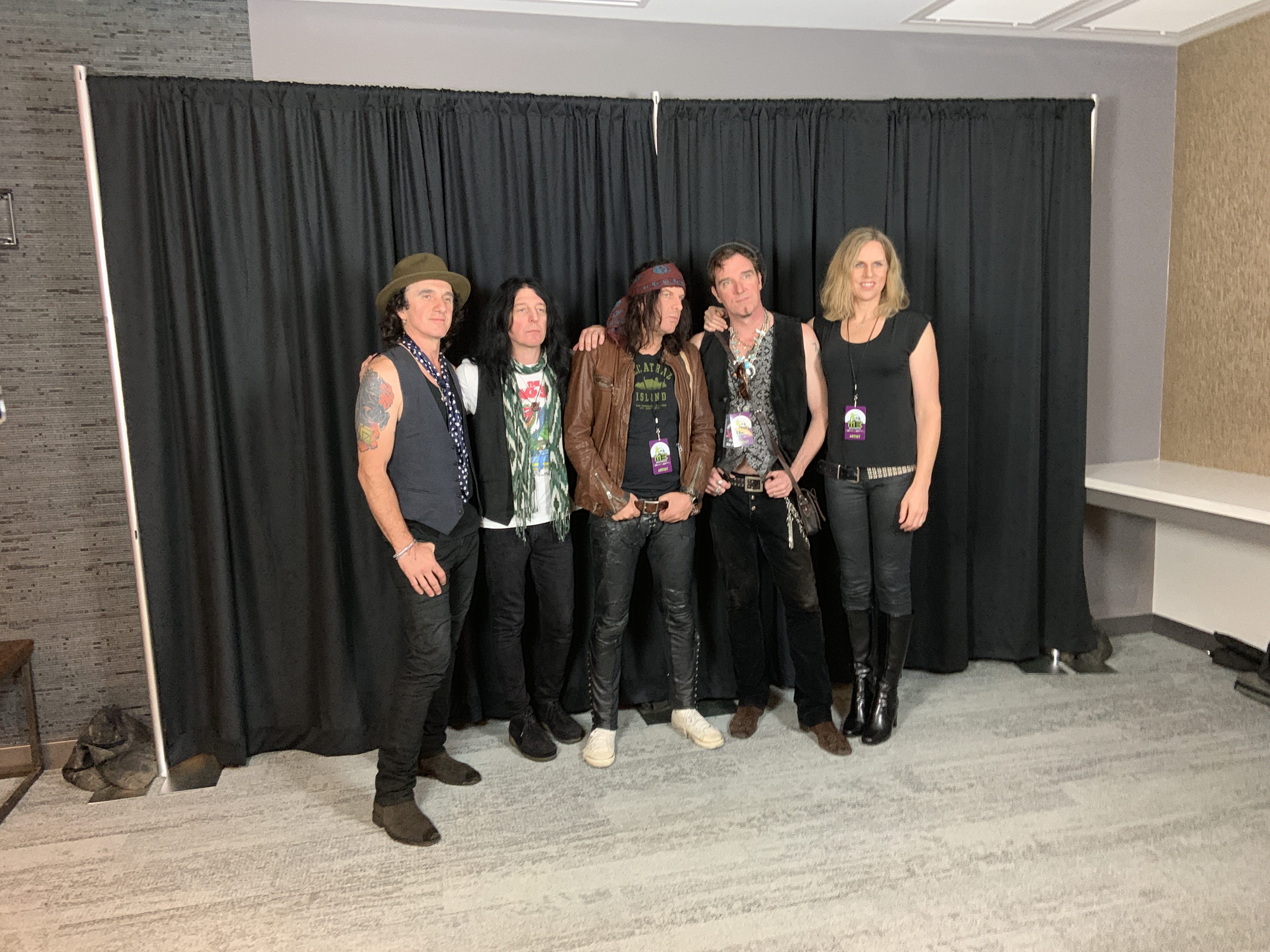 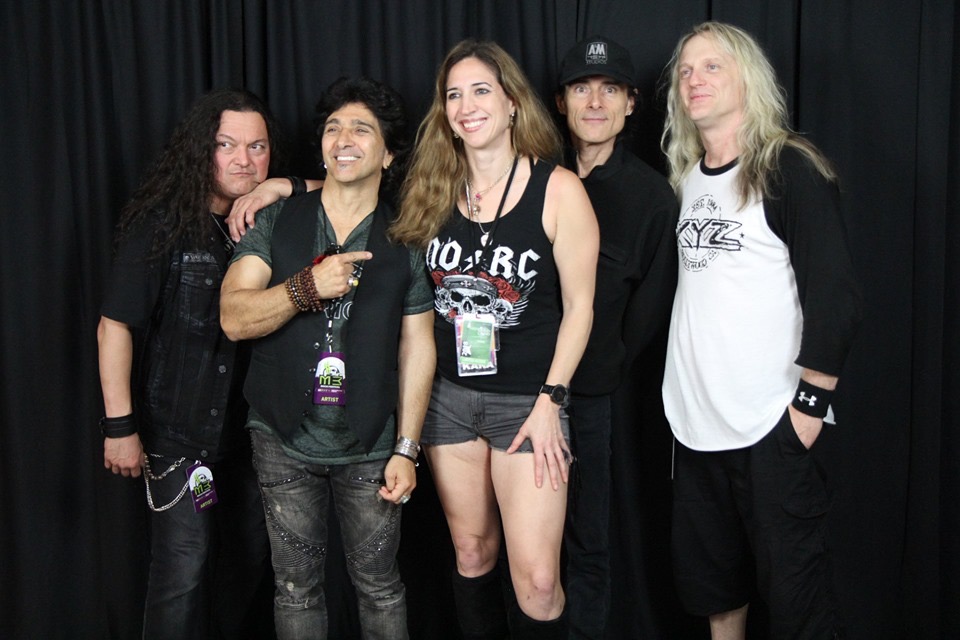 Bang Tango was unfortunate to grab a bad mix, but the band’s delivery was spot on from where we stood in front of the action.  This seemed common given that the band’s really didn’t get to check their sound before their performances with load-in happening while another band was performing. Danger Danger has similar issues with static early on, and we heard that even the headliners weren’t sure what their instrument tone would sound like until they hit the stage.  Luckily Vixen fared better, offering up a strong set with their lovely and talented new singer Lorraine Lewis (Femme Fatale).  We look forward to catching Bang Tango in August with Faster Pussycat locally and Vixen here in the ‘Burgh for a Halloween party at Jergel’s October 31st.  So be sure to follow us for the full report. 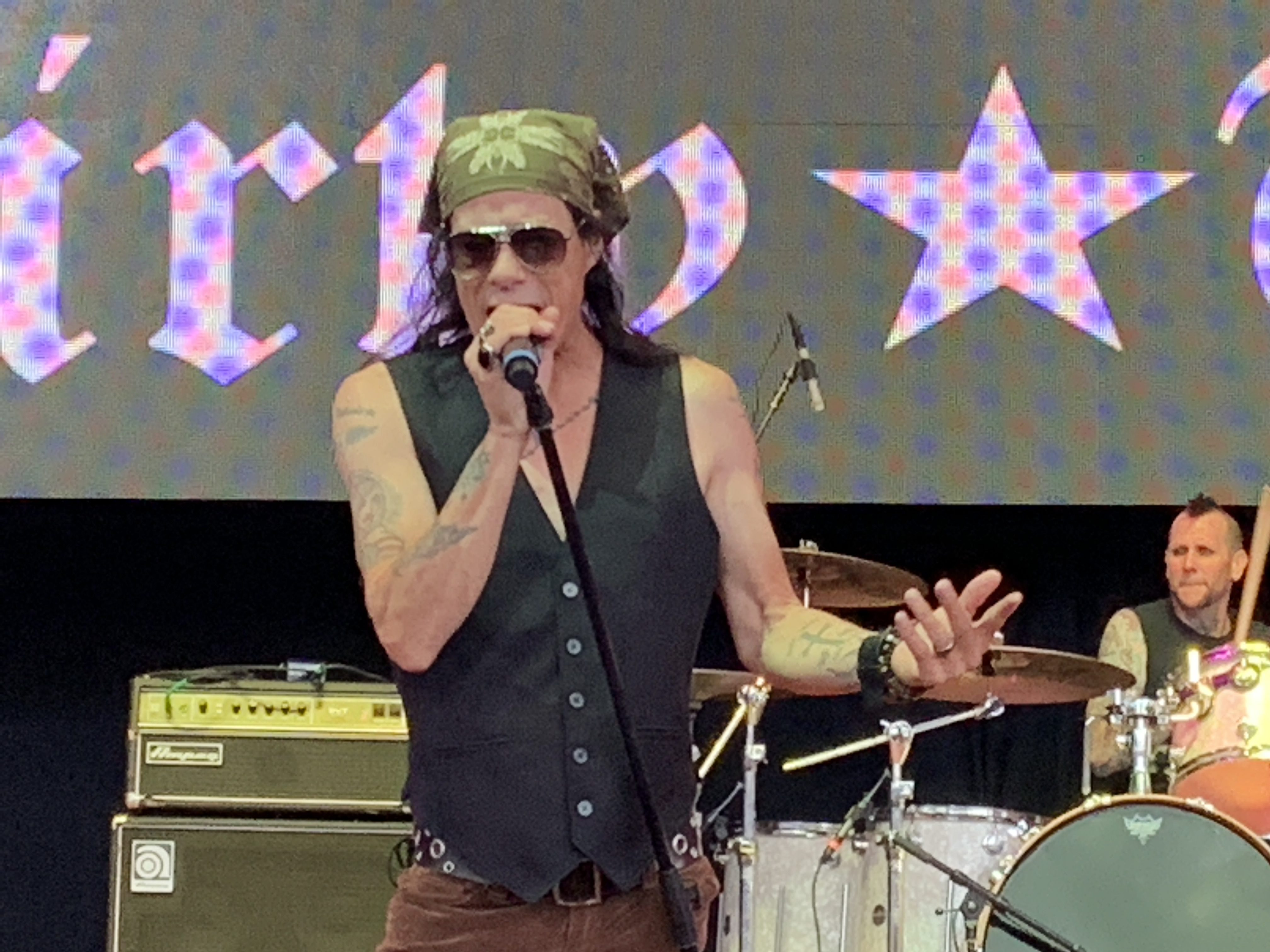 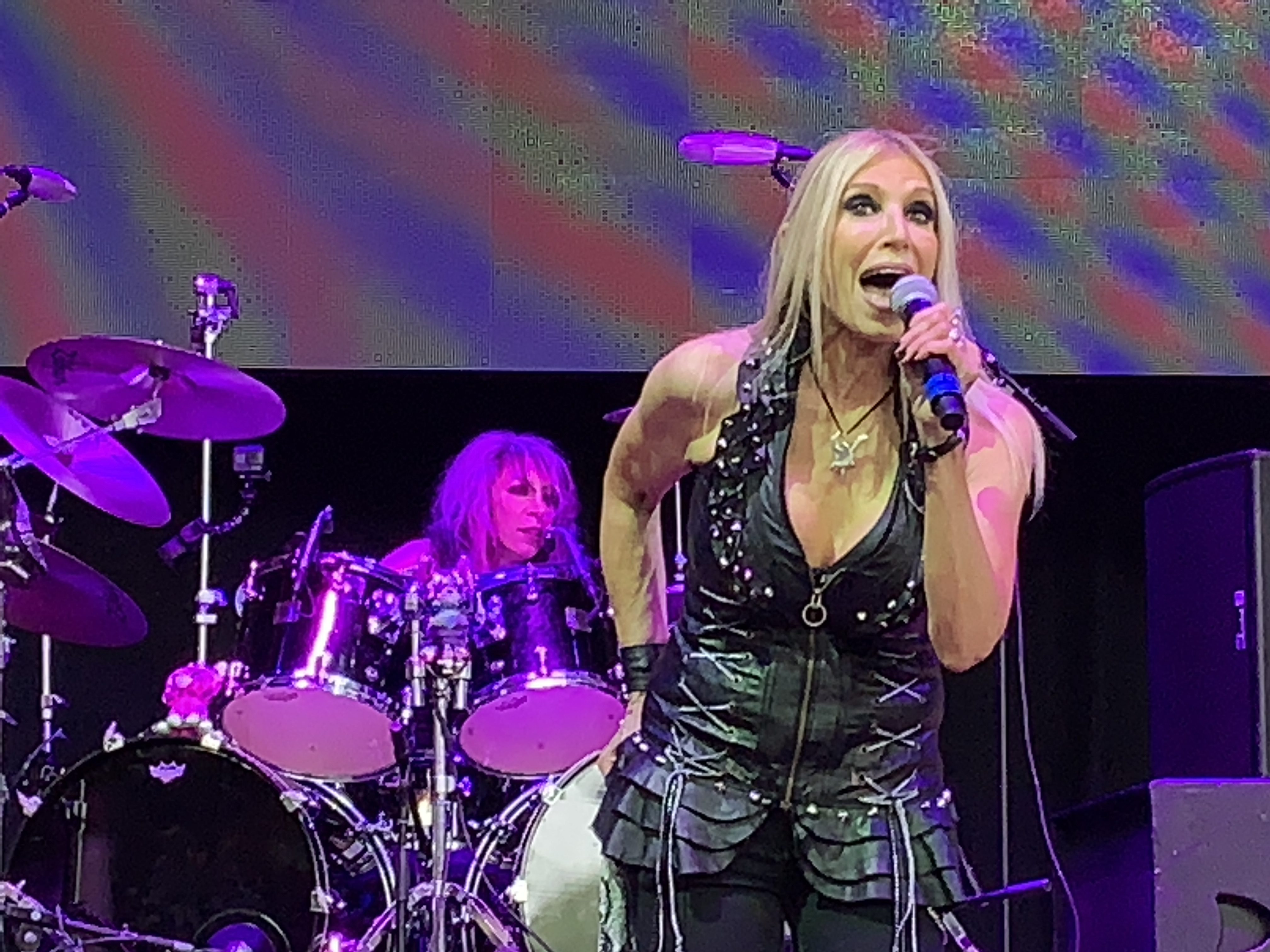 In hopes of catching up with XYZ frontman Terry Ilous for an updated interview (given that our last “official” chat was following the release of Great White’s Full Circle), I ventured backstage with melodic rock artist Duane Morano who recently release the album Morano featuring members of XYZ, Extreme and Firehouse, and was treated to a behind the scenes look at the venue’s media room, swimming pool, dressing rooms and ultimate VIP “Rockstar” Meet & Greet room in the process. 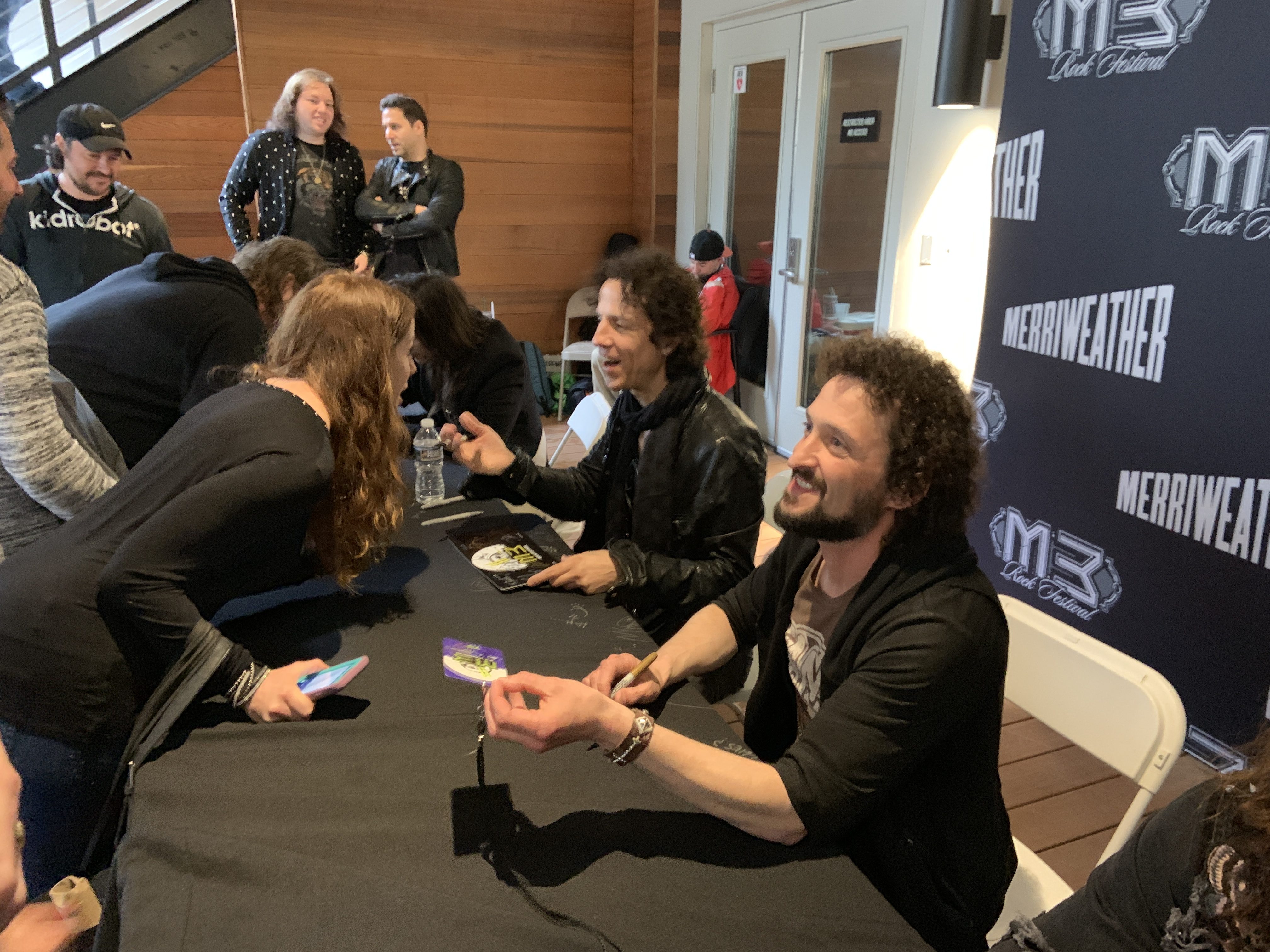 Catching up with the mid-day artists in passing, we found that they actually preferred those time slots  and we could certainly see why when Quiet Riot and Skid Row found themselves performing in the largest crowds of the day while people became frustrated with the rain and fatigued by the weekend as Extreme wrapped things up, leaving little crowd coverage (especially on the lawn) when Vince Neil and Dokken closed out the evening.

One can deduce that fans have grown tired of Vince Neil’s history of less than engaging performance, though his band is essentially Slaughter without Mark and worthy of headliner status, especially with Zoltan’s entertaining feats of drum acrobatics taking center stage behind a cloud of smoke…And, we cannot forget the sad news that George Lynch would not be joining his former bandmate Don Dokken on stage as promised after being sidelined with pneumonia.  Instead, fans found the Dokken band fronted by Don as always along with Chris McCarvill on bass and vocals, Jon Levin on guitar, and BJ Zampa (House of Lords, Maxx Explosion) on drums with “Wild” Mick Brown taking a break from the band yet again.  For the record, Jeff Pilson was asked to join the band, but had a prior commitment with Foreigner (you can listen in here for the details…).

We are pretty sure that BJ made a few friends hanging out at the Sheraton that weekend and that despite some logistical hiccups with VIP package pickup and weather related frustrations, the crowds will return to Maryland again for M3 Rock Festival by the thousands to enjoy this unique fan friendly event! 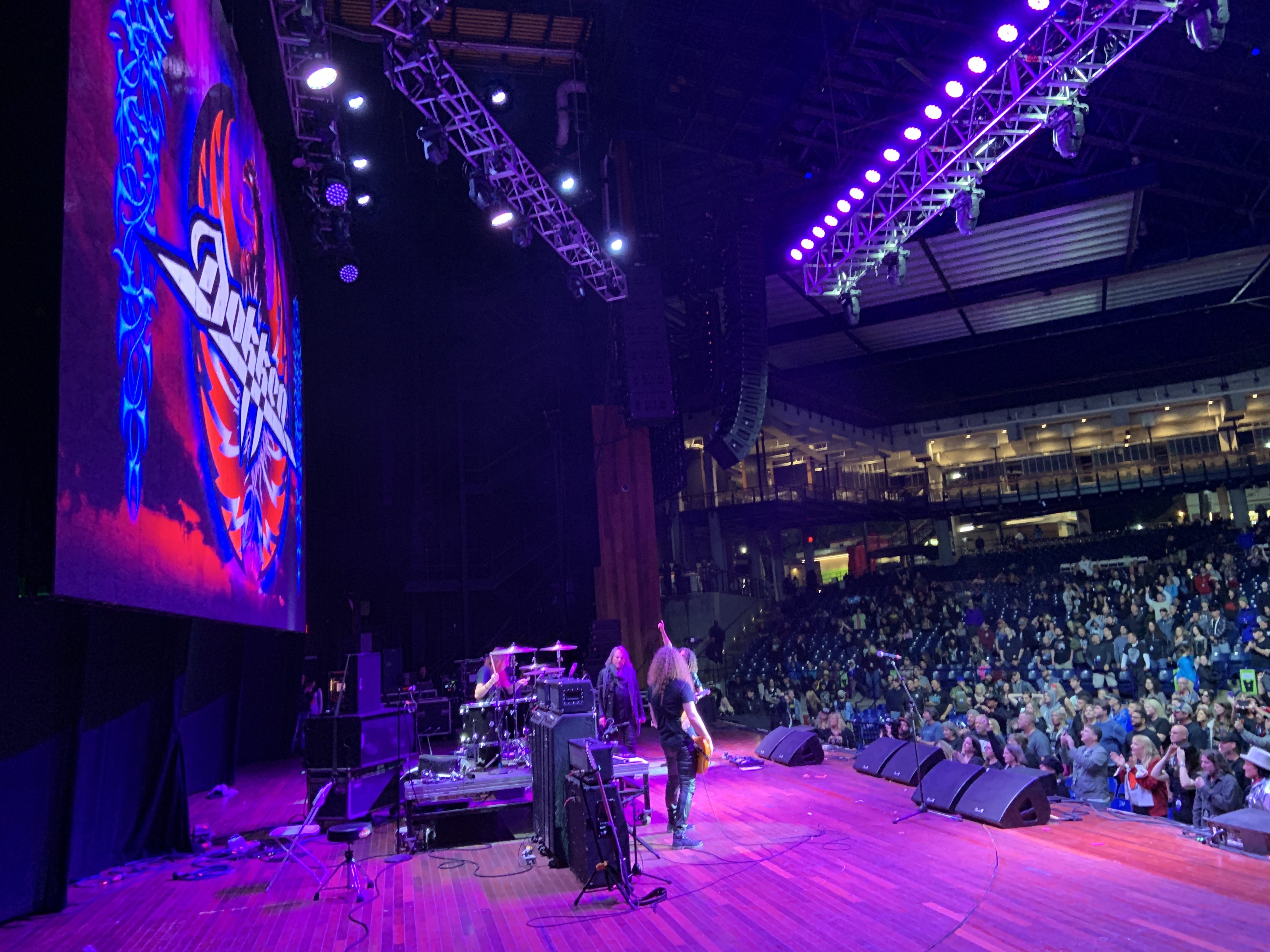 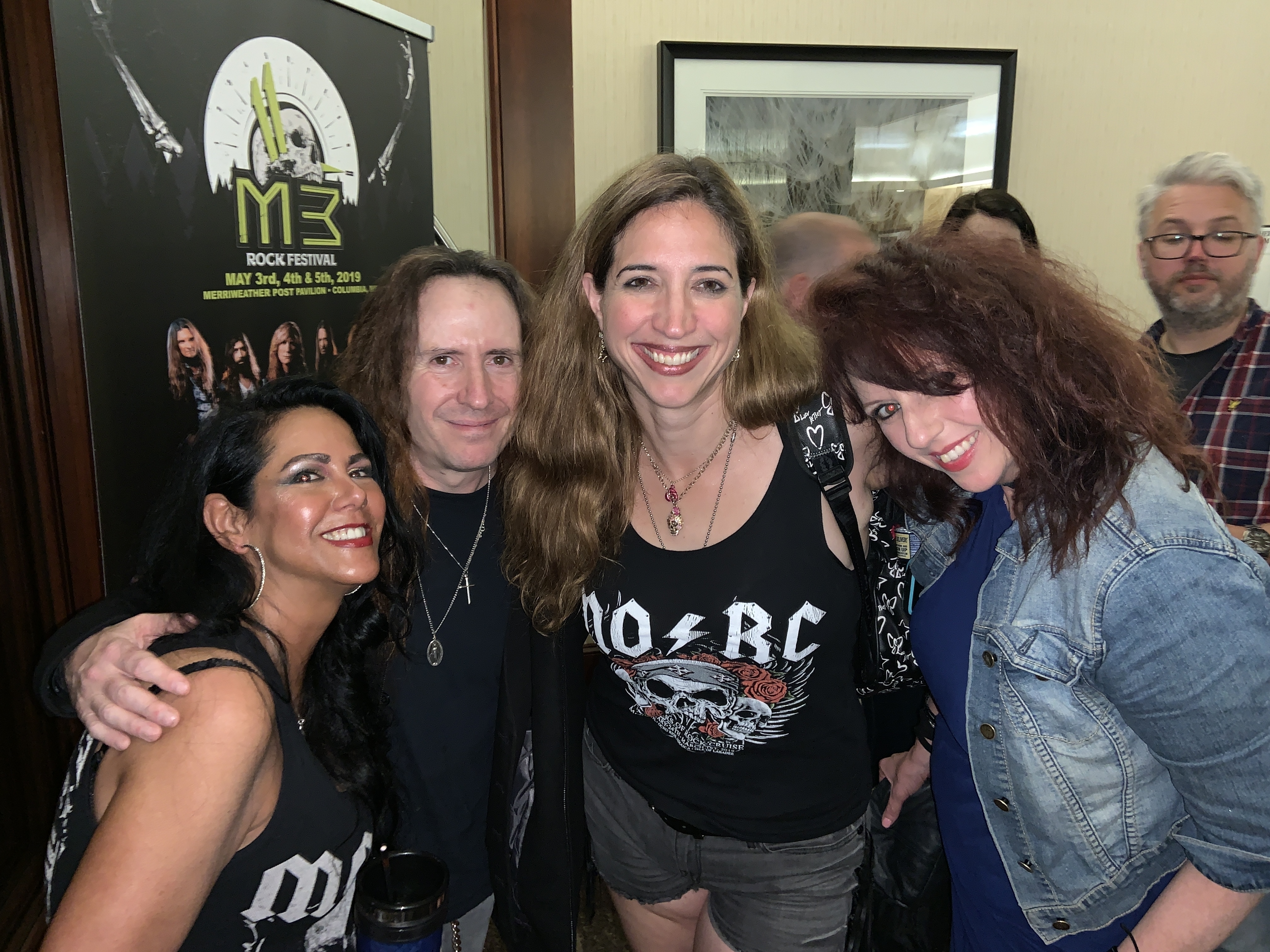 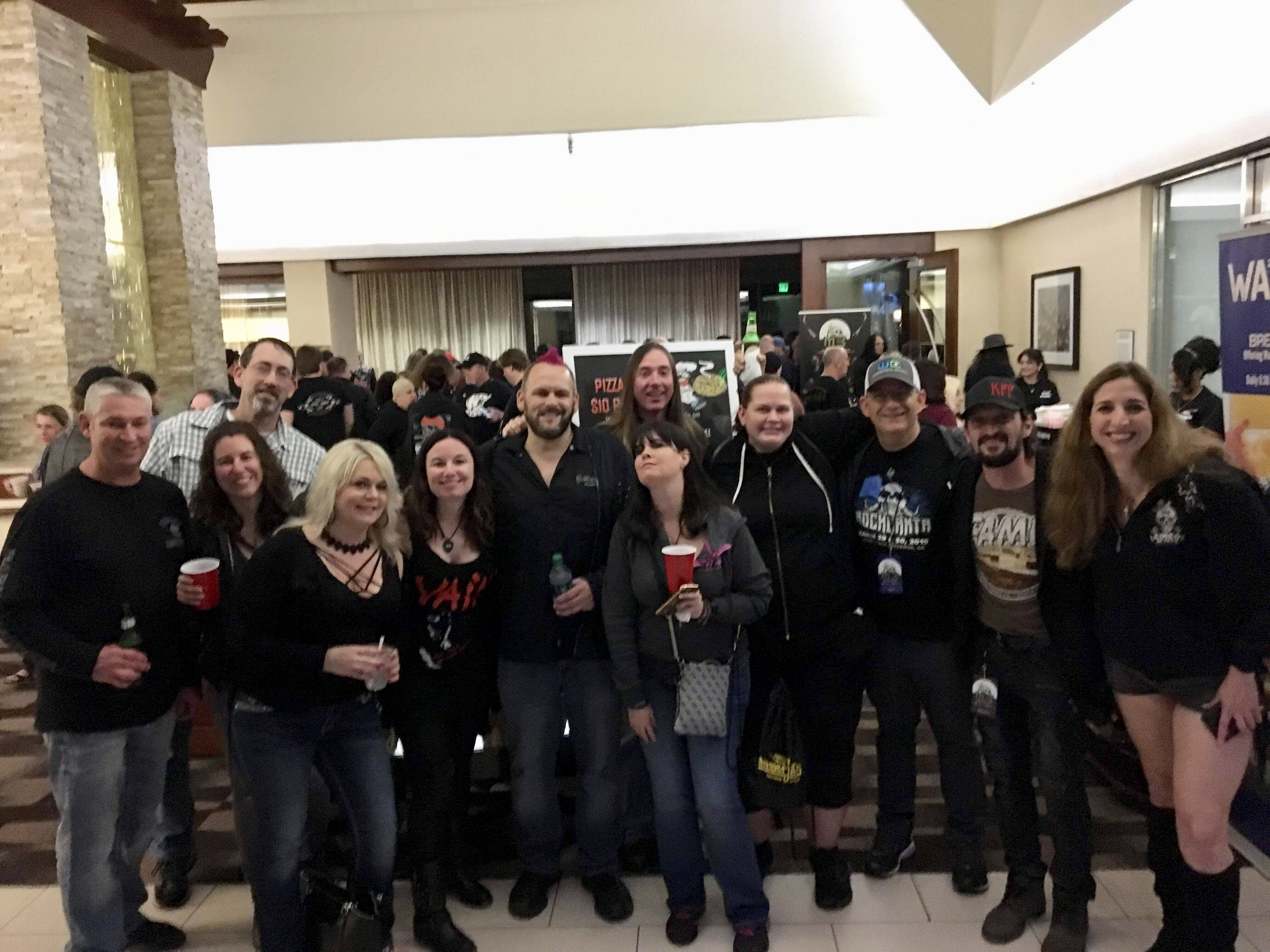 We look forward to the next M3 Rock Festival and catching up with such an amazing crowd of friends old and new again (can you spy the famous drummer in this fan photo?). In the meantime, follow us for the latest news on hard rock and metal music locally and at festivals including Slam Fest with Queensryche, Skid Row, Great White and Lies, Deceit & Treachery in Kitchener, Ontario and Rock the Roses “Hair in the Fair” Festival in Welland, Ontario featuring Quiet Riot, Dokken, Sebastian Bach and more this July.

Catch radio interviews and pure rock programming, including music from KIX, Whitesnake, Warrant, Dokken and more on 91.7 FM WNJR in Pittsburgh and online at WNJR.org daily from 3pm EST – Midnight.