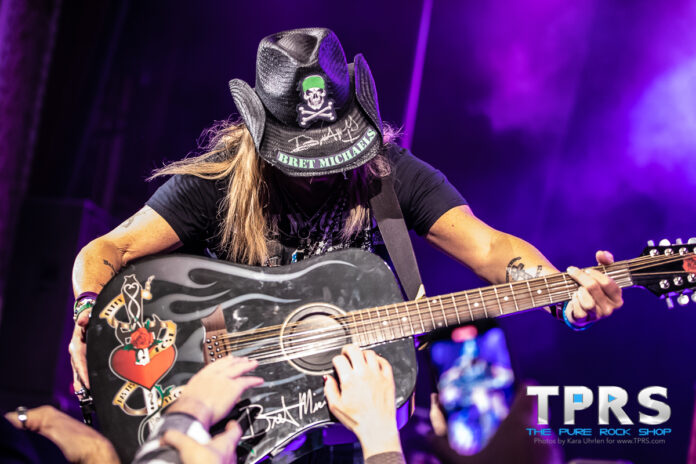 Fans woke from their Turkey Day food comas to get to The Palace Theater in Greensburg, PA for an evening of singing and dancing along to Poison classics with the Bret Michaels Band. The show started promptly at 7:30 p.m. leaving us wondering if we would make it on time as traffic backed up on the Parkway West with a multi-car accident.  But, miraculously with the help of an escort to the stage, we got there just minutes before the lights went out.

The oversold crowd needed no invitation to form a ‘party pit’ in front of the stage, allowing the band to share smiles and handshakes with the fans as they brought the Nothin’ But A Good Vibe Tour to the city of Greensburg on Black Friday.  In fact, the typical patron seats lining the front row, and several rows behind were pushed together creating an even larger party than usual as they kicked things off with “Talk Dirty to Me”! 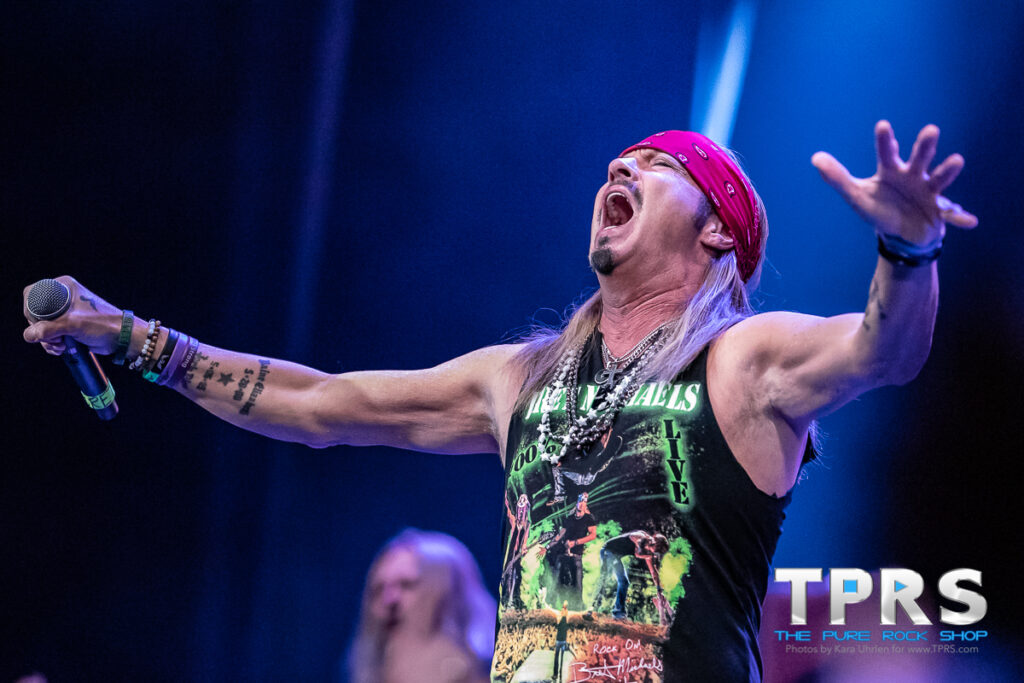 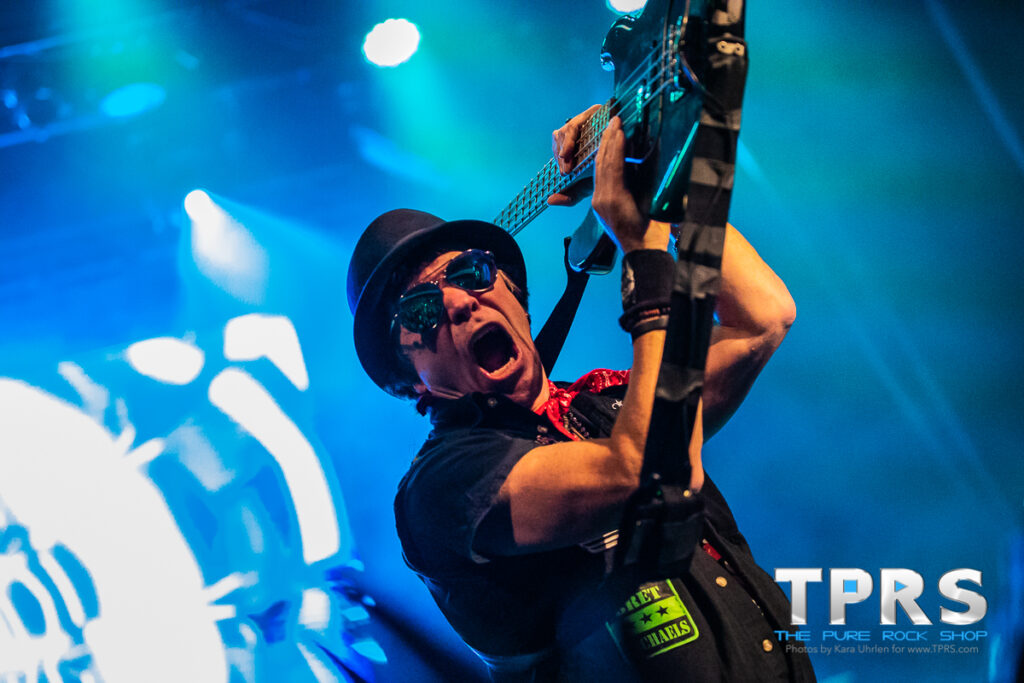 Bret was joined by guitarist Pete Evick, bassist Norman Voss, drummer Meri Schaefer, and keyboardist Rob Jozwiak. Missing from the stage were the voices of Becci Clark (vocals and percussion)  and Kara Davis on (vocals and guitar) who we hear will be joining the band again when they resume with a longer string of dates.

Speaking of dates, the frontman instructed us to keep watch for a Live Nation show at what is now again (and what will always be known as) Starlake Amphitheater in Burgettstown, PA this summer.  Fans can expect a day-long party with radio partners WDVE on or around July 15, 2023!

Clearly feeding off the energy from the crowd, the band was on fire as we enjoyed other favorites like the Loggins and Messina classic “Your Mama Don’t Dance” which Poison hit with on their 1988 album Open Up and Say . . . Ahh! and of course the crowd couldn’t sit still for “Unskinny Bop.” 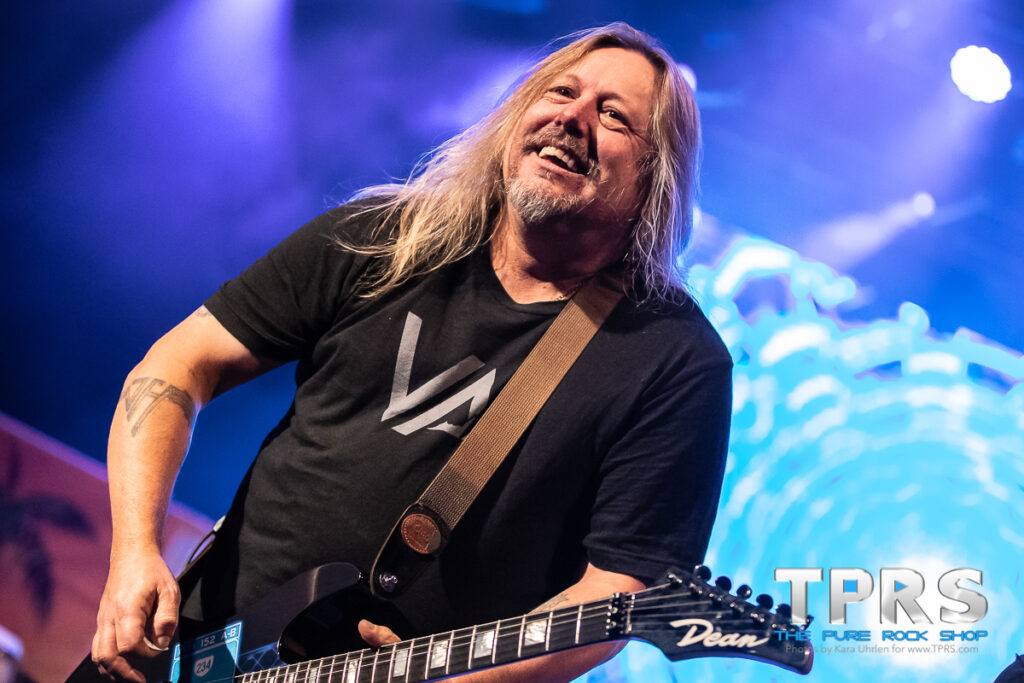 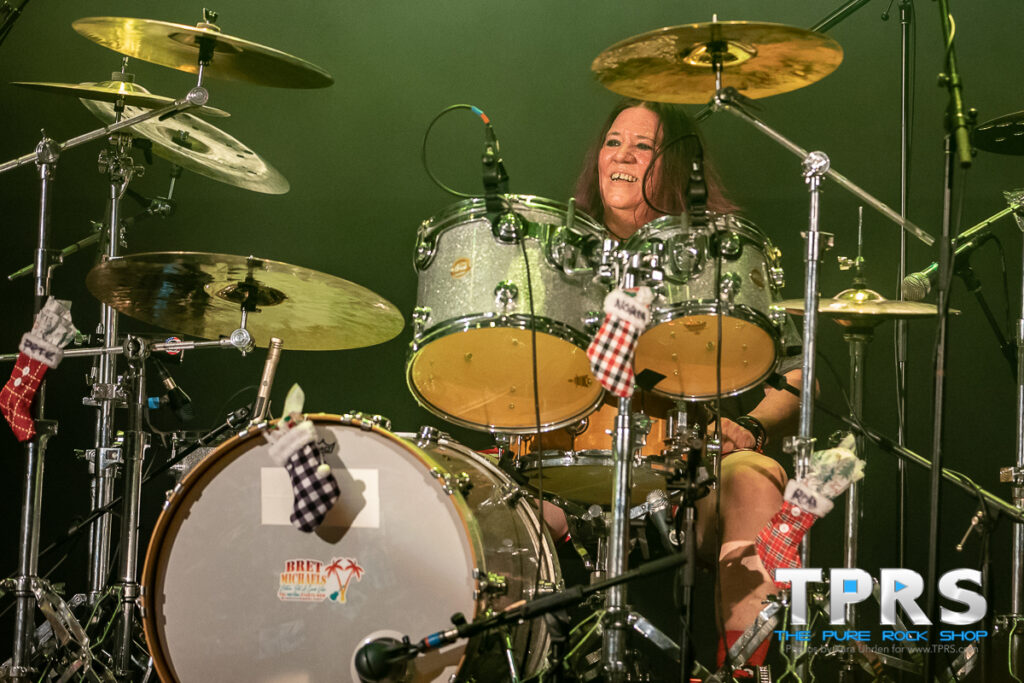 It wouldn’t be a show without a fitting tribute to our first responders and military and a showcase of cell phones lighting the theater for the cigarette-lighter-era classic, “Something to Believe In” and that MTV-era video hit we just couldn’t stop watching, “Every Rose Has Its Thorn.” In tribute to the latter, a young fan could be found hoisting a sign reading ‘Every Carb Has Its Dose’ which one can only assume was in reference to insulin to carb ratios for diabetics, given the singer’s well-known diagnosis.

The set concluded with Lynyrd Skynyrd’s “Sweet Home Alabama” and a finale of “Nothin’ But A Good Time,” which featured a guest appearance from Bret’s cousin who’s family had hosted the band the day prior for Thanksgiving. 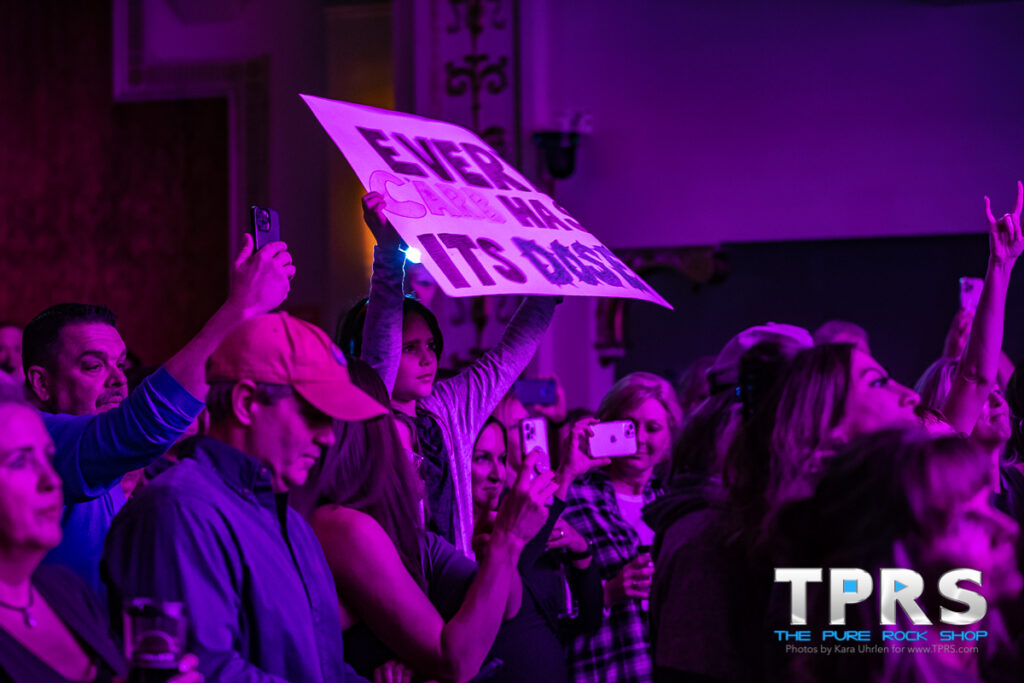 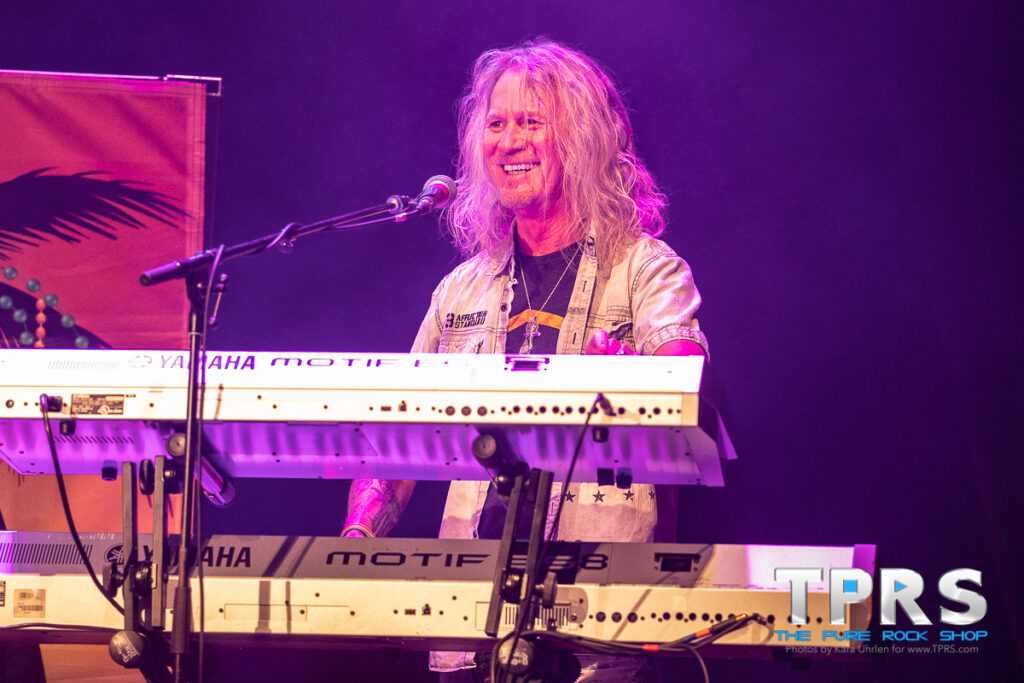 For more from Bret Michaels band coverage check out our recap from their show in Atlanta with a guest appearance from members of Lit and Hoobastank and Poison coverage from PNC Park, as well as a review of their show at the Hollywood Casino at the Meadowlands and interview with guitarist Pete Evick.

Follow us @ThePureRockShop on Facebook and Instagram for more local show and festival coverage. For Poison fans looking for plans on New Year’s eve locally, we hope to catch you at Rock’in New Years at Brandy’s in Irwin, PA with Motley Crue tribute Steel City Crue and Poison tribute Say Ahh!!