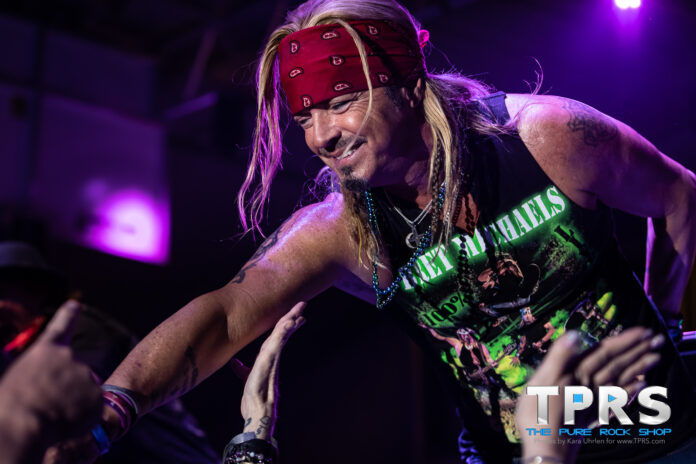 On Saturday night, the Bret Michaels Band performed live at the Hollywood Casino at the Meadows in Washington, PA.  Giving fans a break from playing the slots, it was time to bring on the Mardi Gras beads for all the party girls (and guys) that piled into the front for the 8pm show (and forget what security said about it, because Bret Michaels wanted a party and as his shirt clearly read “I’m in a band, The Rules Don’t Apply to Me!”). 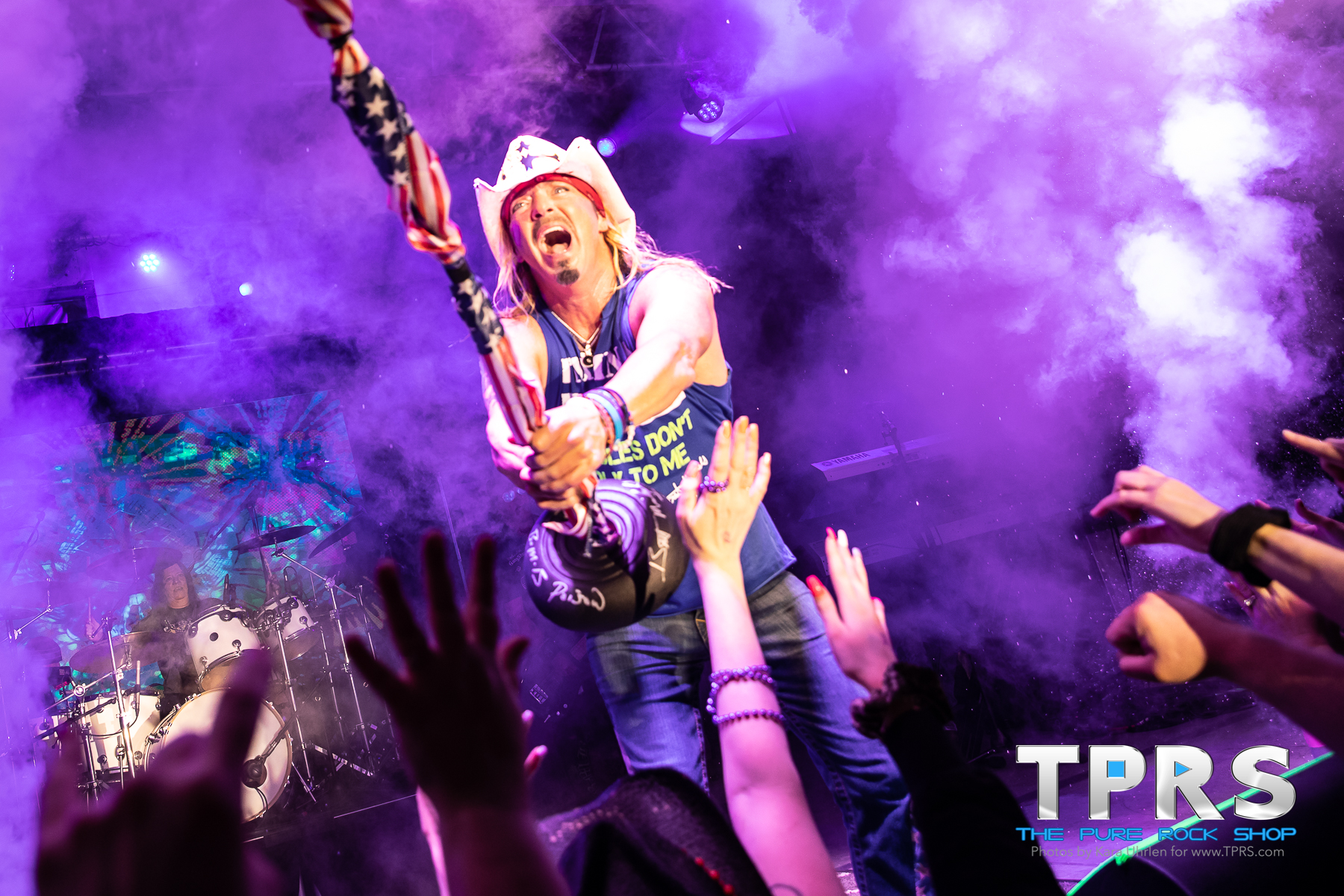 That’s what it is all about isn’t it, forgetting your worries for the next hour and just enjoying the show?  In my opinion, it is always more fun in the pit, and when it comes to a Bret show, I think most fans would agree.  He could be found shaking hands, trading smiles and posing for cell phones throughout the evening.  In fact, he even allowed a lucky fan to jump on stage to dance with him a bit.

But I will note that when you looked around, this was perhaps the most interesting venue we’ve seen Bret perform at, and given how often he frequents his former home in Western Pennsylvania, we’ve seen him play anywhere from the street outside the Hard Rock at Station Square to Heinz Field to The Palace Theater.  For this show, the Meadows has a tent set-up next to the casino offering a sort of outdoor stage with comfy cushioned seats for the fans, but I don’t believe anyone was using those as the Bret Michaels Band tore through a quick-paced set of Poison favorites and everyone was on their feet and raising their fists as they joined the party.

Highlights included “Talk Dirty to Me” and “Unskinny Bop,” as well as the more subdued “Every Rose Has It’s Thorn” and “Something to Believe In.”  It was during one of those short moments of quiet time that Bret dedicated the show to Mama Judd after just learning of her passing earlier that evening. But otherwise, the momentum was roaring like a freight-train, much different than the commentary-heavy shows we’d seen the two nights prior with Steel Panther and Jeff Scott Soto and Jason Bieler both adding equal doses of music and humor to their shows. 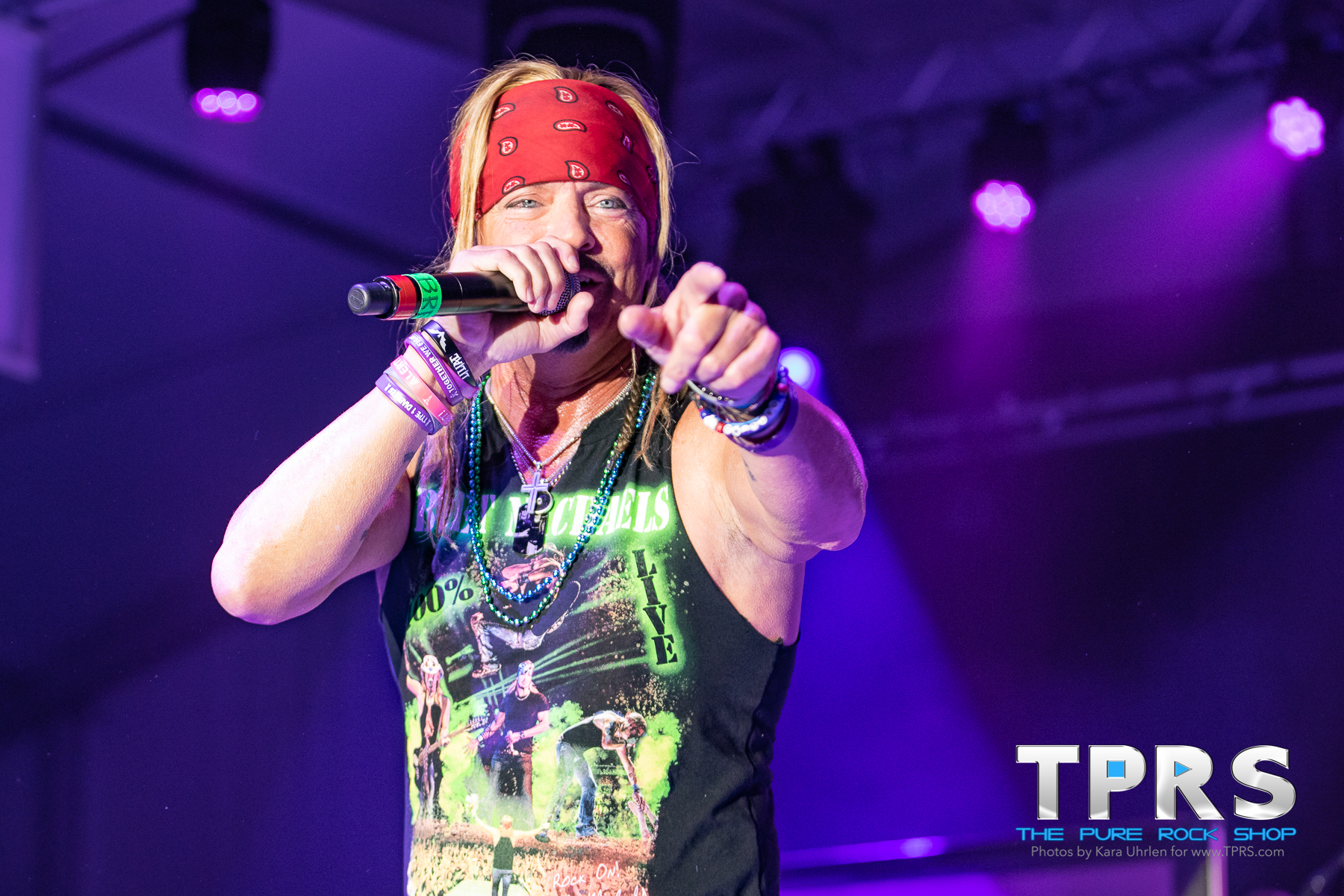 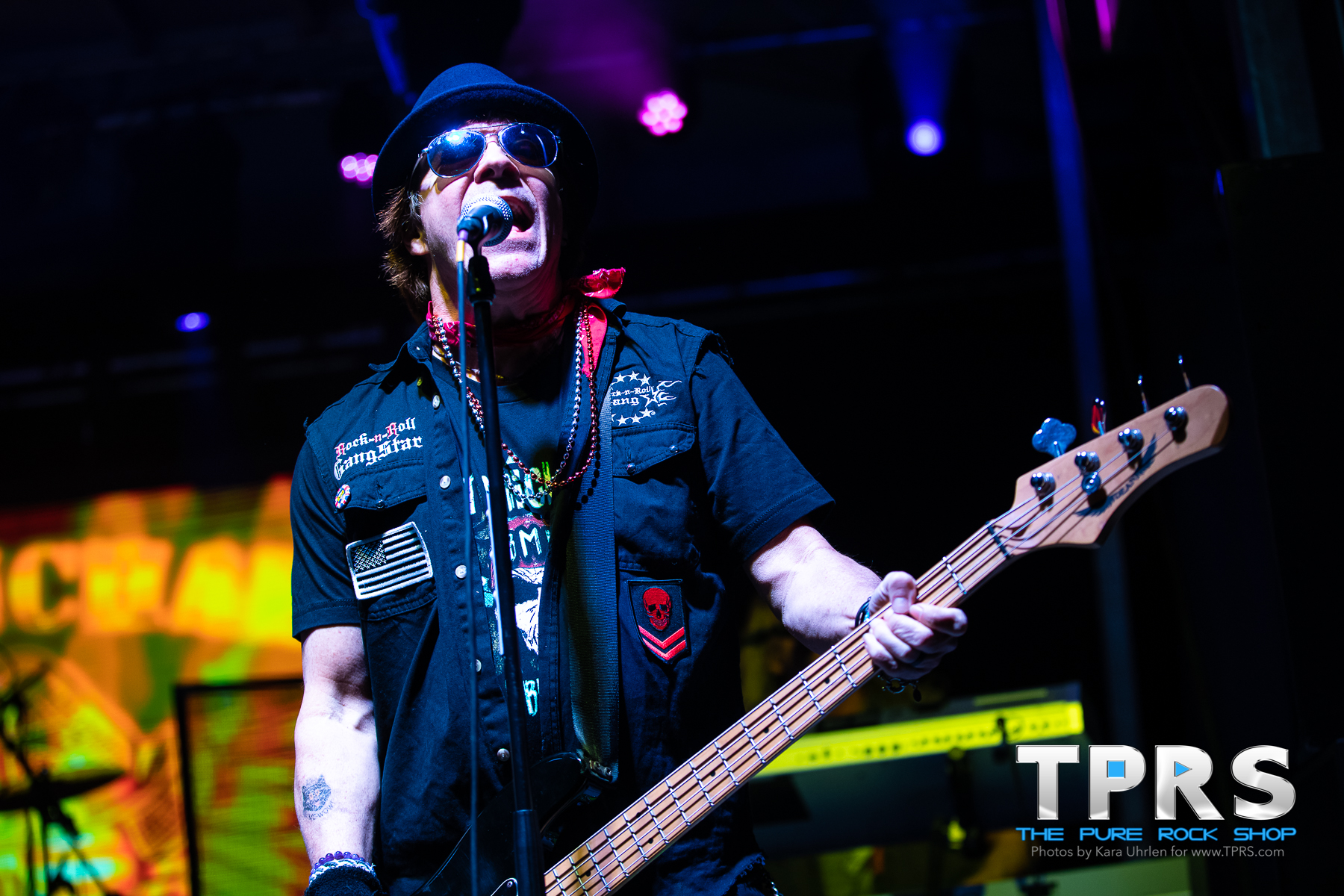 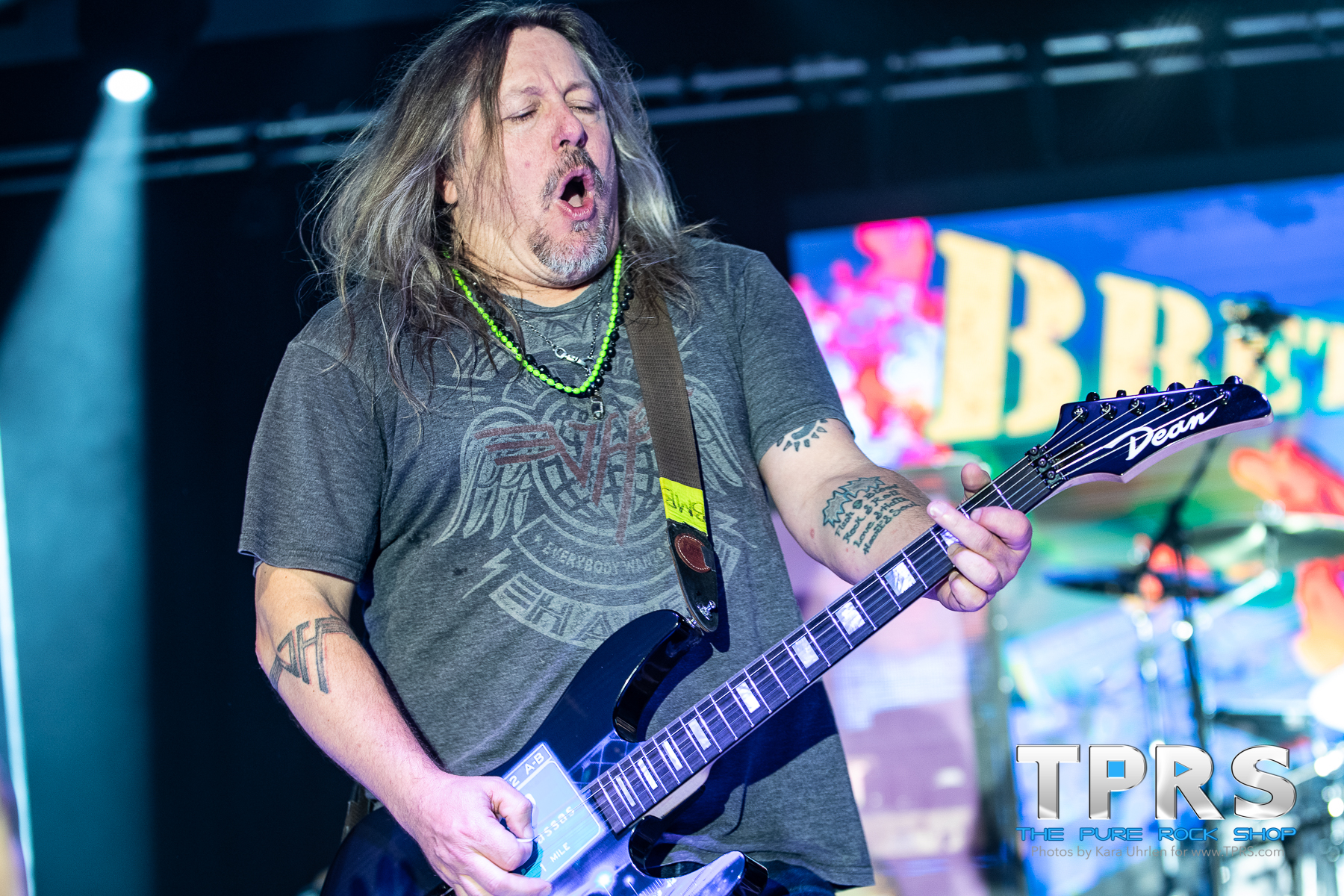 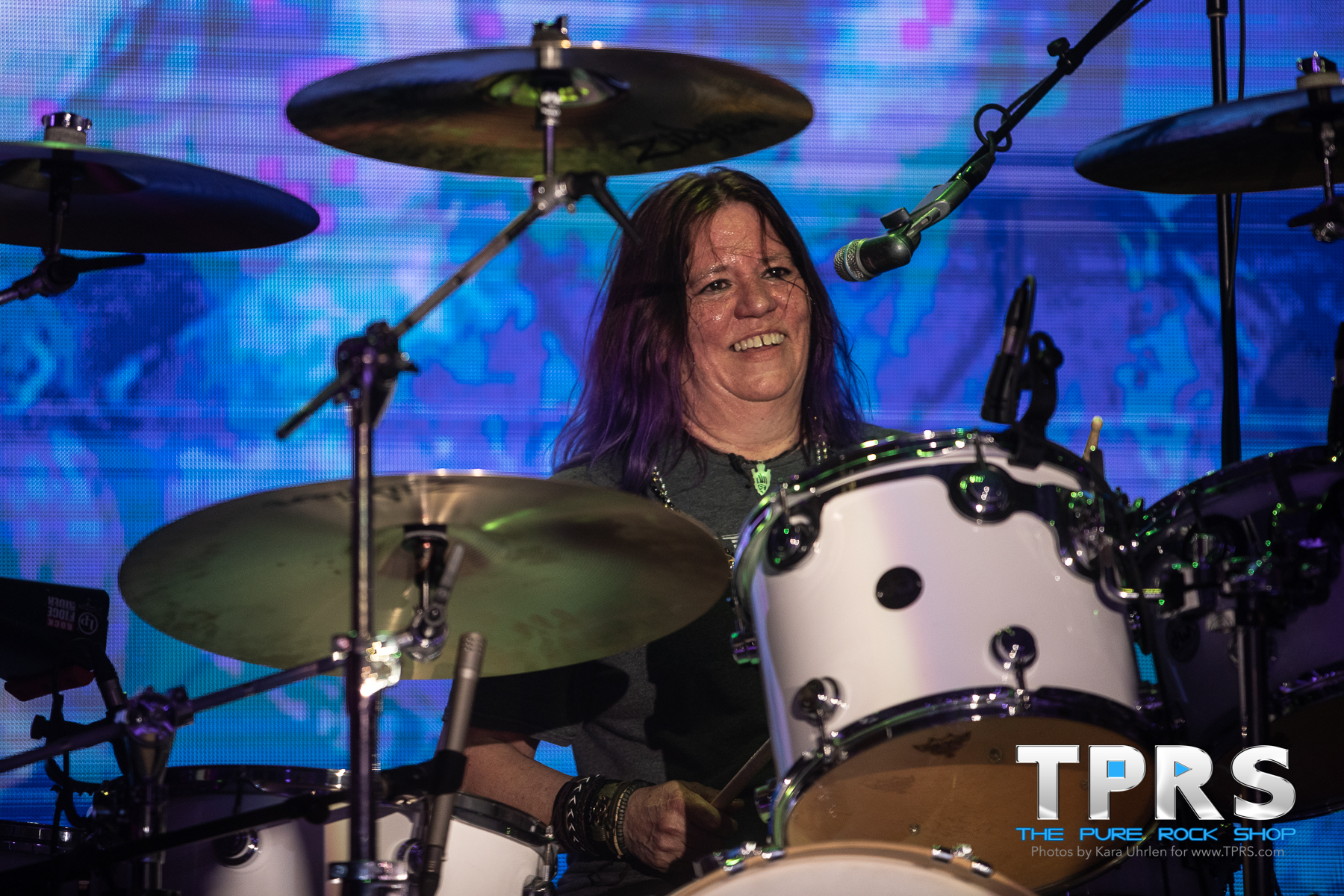 The current Bret Michaels Band includes drummer “Proud” Meri Schaefer, who was kicking ass and keeping up with the boys behind the kit all while showing love for the black & gold.  She was joined by longtime lead guitarist Pete Evick, bassist Stormin’ Norman, and keyboard player Robi Wylde.

This was a great opportunity to get close to the action, and everyone was definitely sad to see the party end, but the evening finished strong with anthems that everyone loves, Poison’s “Nothin’ But a Good Time” and Lynyrd Skynyrd’s “Sweet Home Alabama.”

Check our pre-show interview with Bret Michaels Band lead guitarist Pete Evick regarding his latest solo work. And of course be sure to catch up with Bret again on the long-anticipated stadium tour with the full Poison band, Motley Crue, Def Leppard and Joan Jett at PNC Park on August 12th. 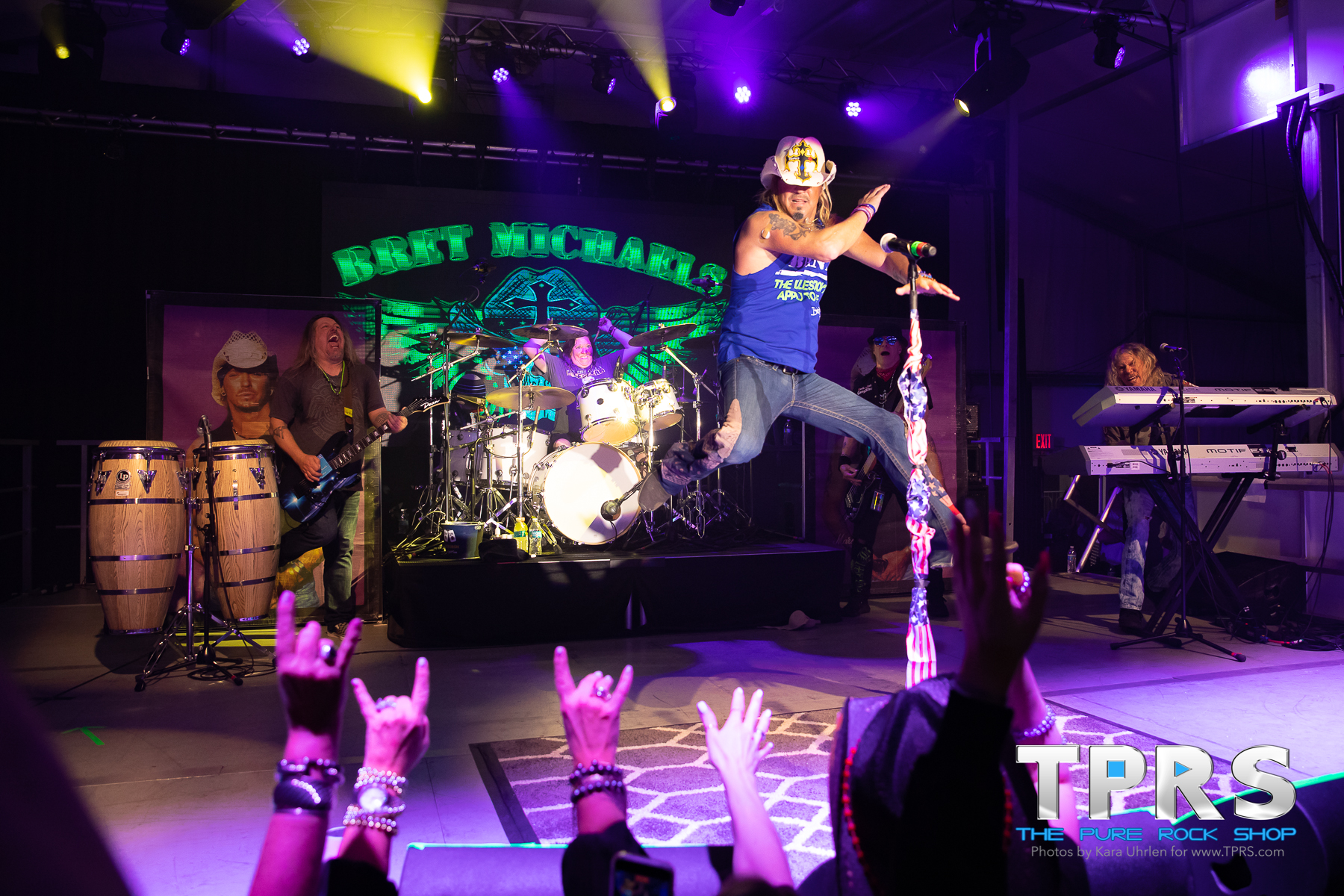