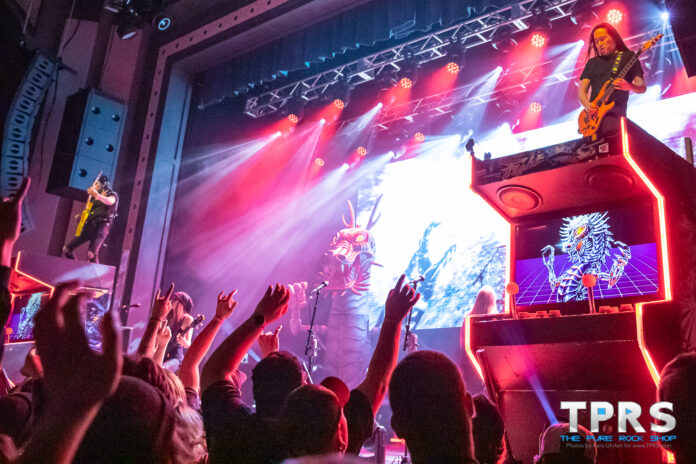 A tour that has been delayed about two years due to the pandemic has finally made its way to Pittsburgh with Dragonforce headlining over Firewind, Visions of Atlantis and Seven Spires at the beautifully restored Roxian Theater.

The evening began with Seven Spires, who are touring in support of their third full-length album, Gods of Debauchery on Frontiers Music SRL. Surprised to hear that this band originates from Boston as they ran the gamut of metal: offering up an eclectic mix of everything from power metal to death metal.  The offer a larger than life symphonic sound that you’d expect to find at a festival in Europe. 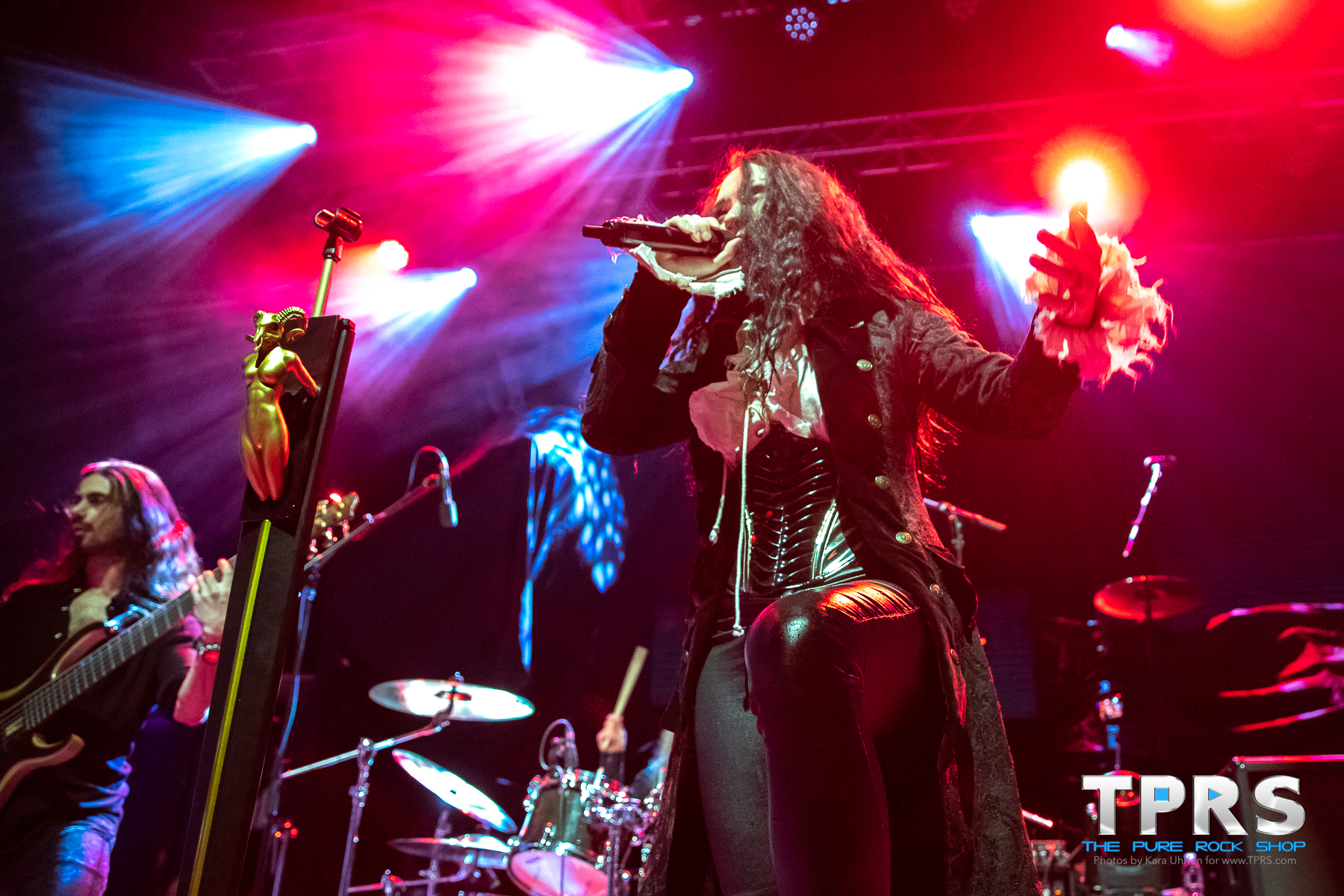 Keeping up with the feel of a European festival, Visions of Atlantis enter with their own brand of “pirate rock” fronted by Clémentine Delauney and Michele Guaitoli who traded dramatic vocals in full costume while hoisting a larger than life pirate flag, much to the crowd’s enjoyment.

Another short set, but long enough to get a taste of the Austrian ensemble.  While obviously mystified by the myth of Atlantis, their musical roots became very apparent as the band concluded their set with “Legions of the Sea,” which could very easily fit into a set by Finland’s Nightwish.

The band is set to release their eighth album Pirates on May 13th via Napalm Records with that cut being a recent single.  The way the crowd responded, one would have thought they’d been performing “Legions of the Sea” for years.  It appears they may have found their anthem! 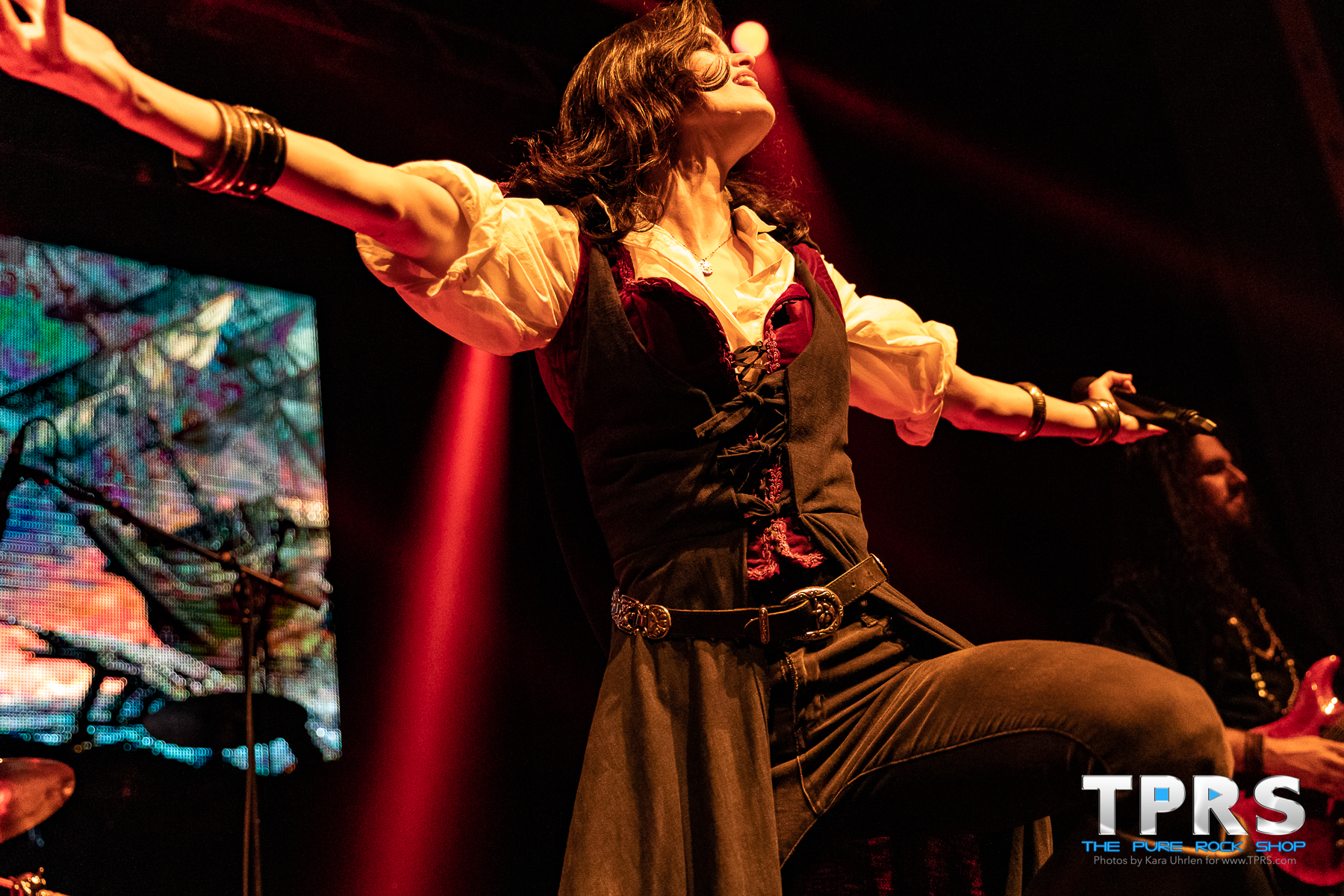 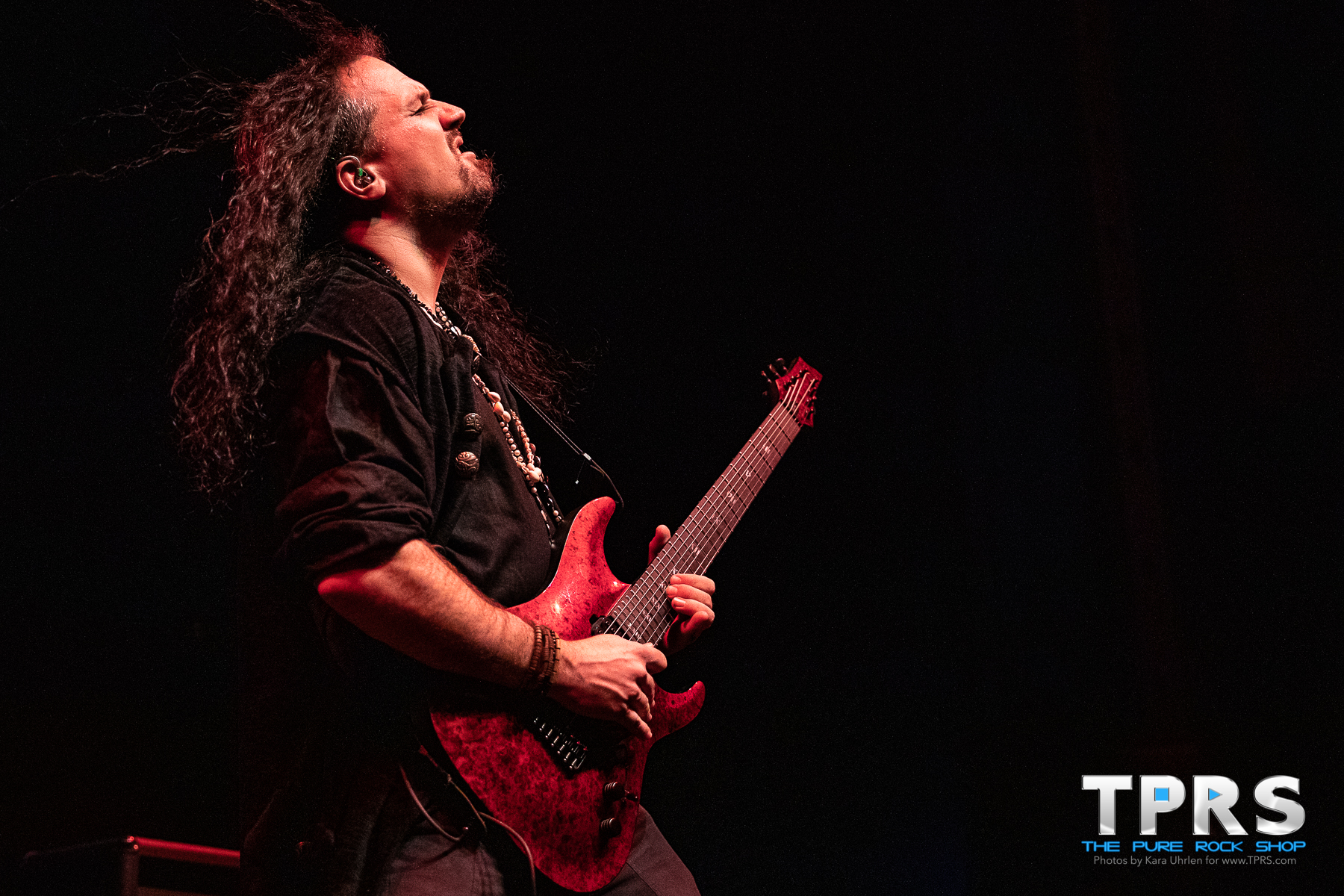 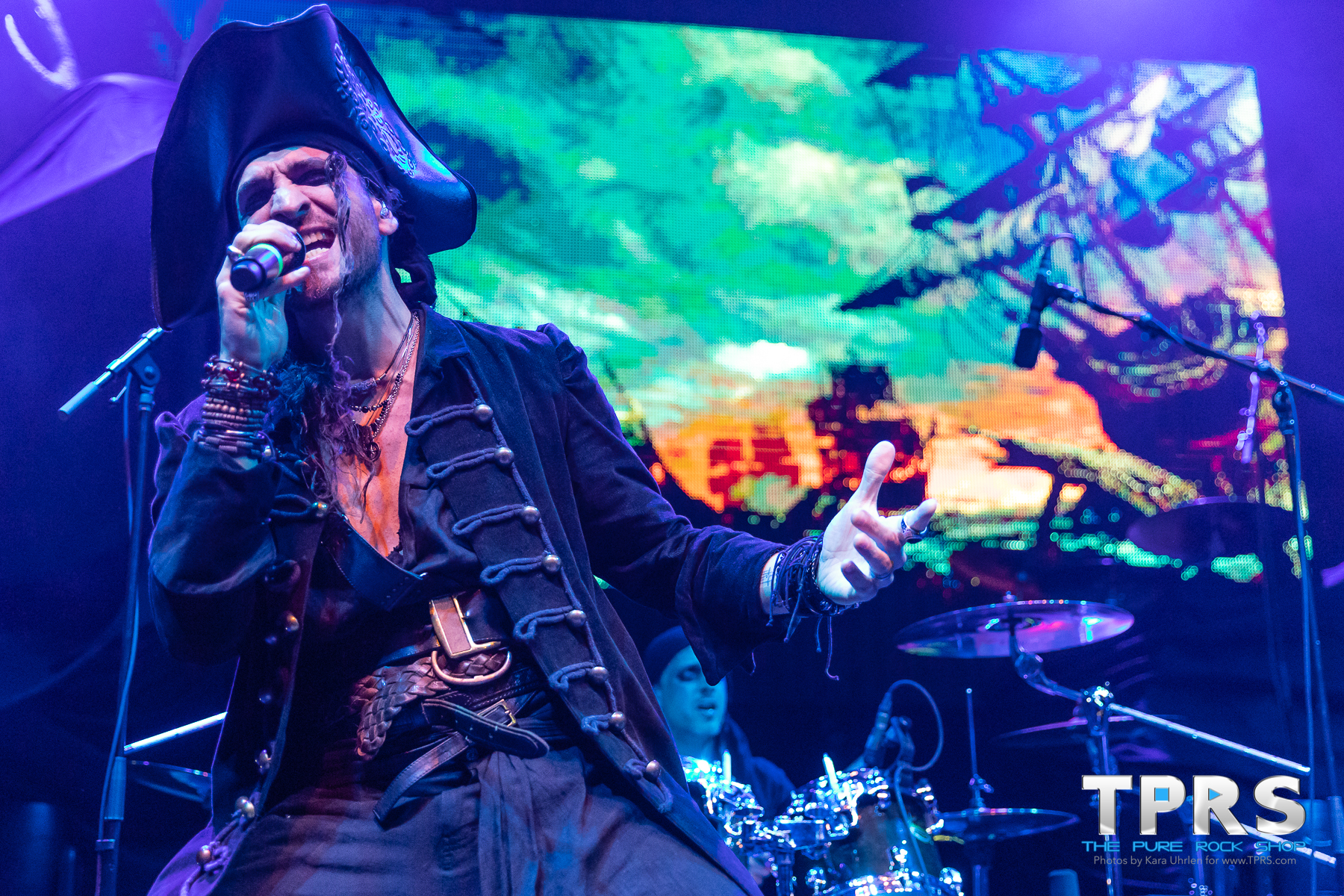 Firewind is celebrating twenty years of power metal, with their first touring attempt post-pandemic (after a couple performance aboard the Monsters of Rock Cruise).

When we caught up with guitarist and founder Gus G. (Arch Enemy, Ozzy Osbourne) before the show he joked that it isn’t a “greatest hits” show because they don’t have any “hits,” but the set does cover the two-decade career of the band that he’d started as a solo project.  His true solo work is kept separate from the Firewind tours, but you can find out more about his latest all-instrumental solo release in our interview.

The set kicked off with “Welcome to the Empire” from their self-titled 2020 album release on AFM.  I knew instantly that when faced with the choice of covering KIX at the Lamp in Greensburg or finally catching a Firewind show in Pittsburgh, that I’d made the right call.  After all, I’ll catch KIX again in a few weeks as they kick-off the M3 Music Festival in their hometown of Baltimore, and who knows when I’ll have another opportunity to witness this fretwork in such close proximity!

Noteworthy moments included when frontman Herbie Langhans returned the favor and invited Seven Spire’s Adrienne Cowan to join him mid-way through the set, and when Gus G. took the band’s name to heart as his pickups lit up and literally started smoking through his solo.

The cover of the Michael Sembello song from the Flashdance movie soundtrack, which was added to their 2008 album Premonition as an afterthought, “Maniac,” concluded their set having become on of their most popular songs. Such an appropriate finale for the “steel town” that birthed that iconic movie. 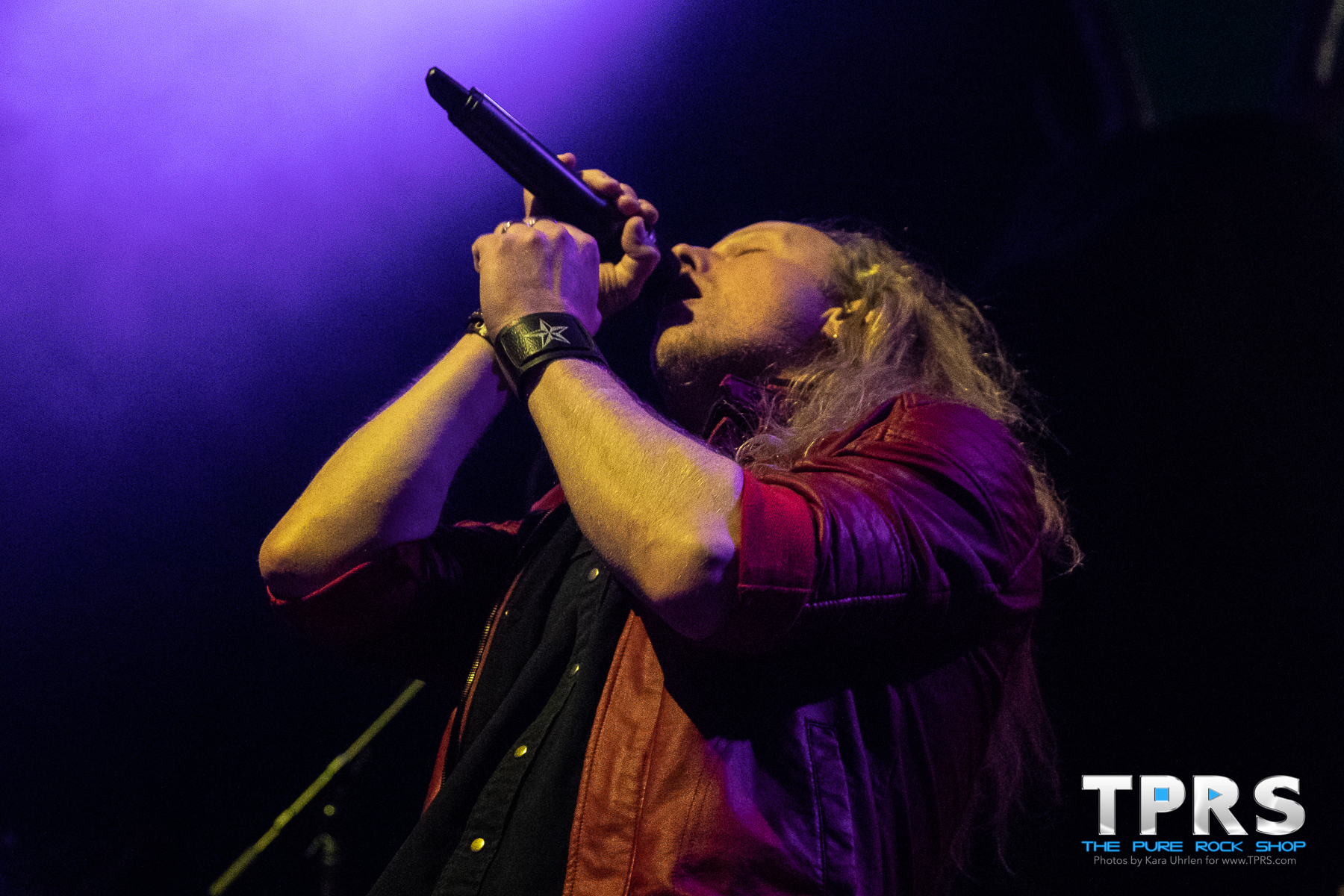 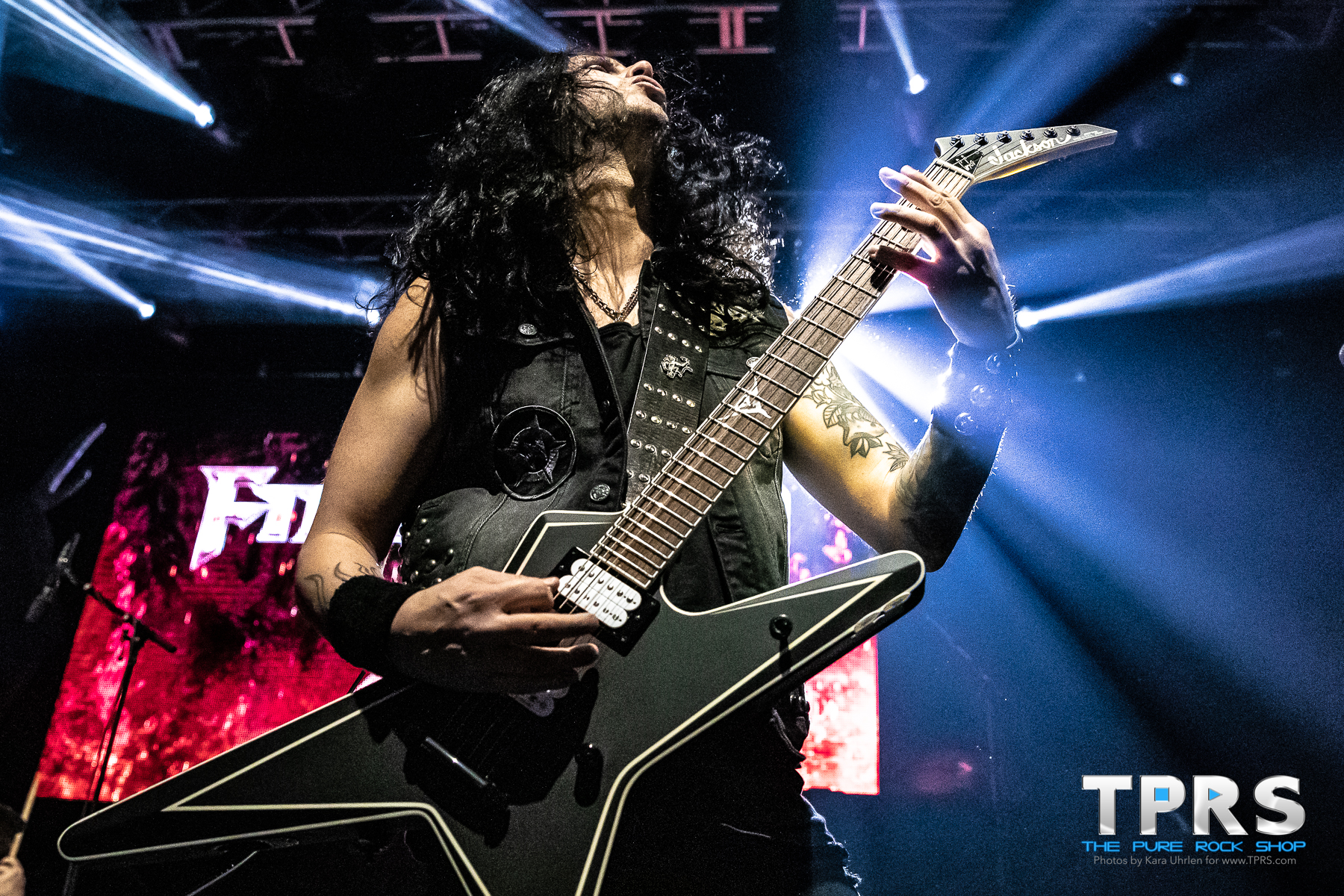 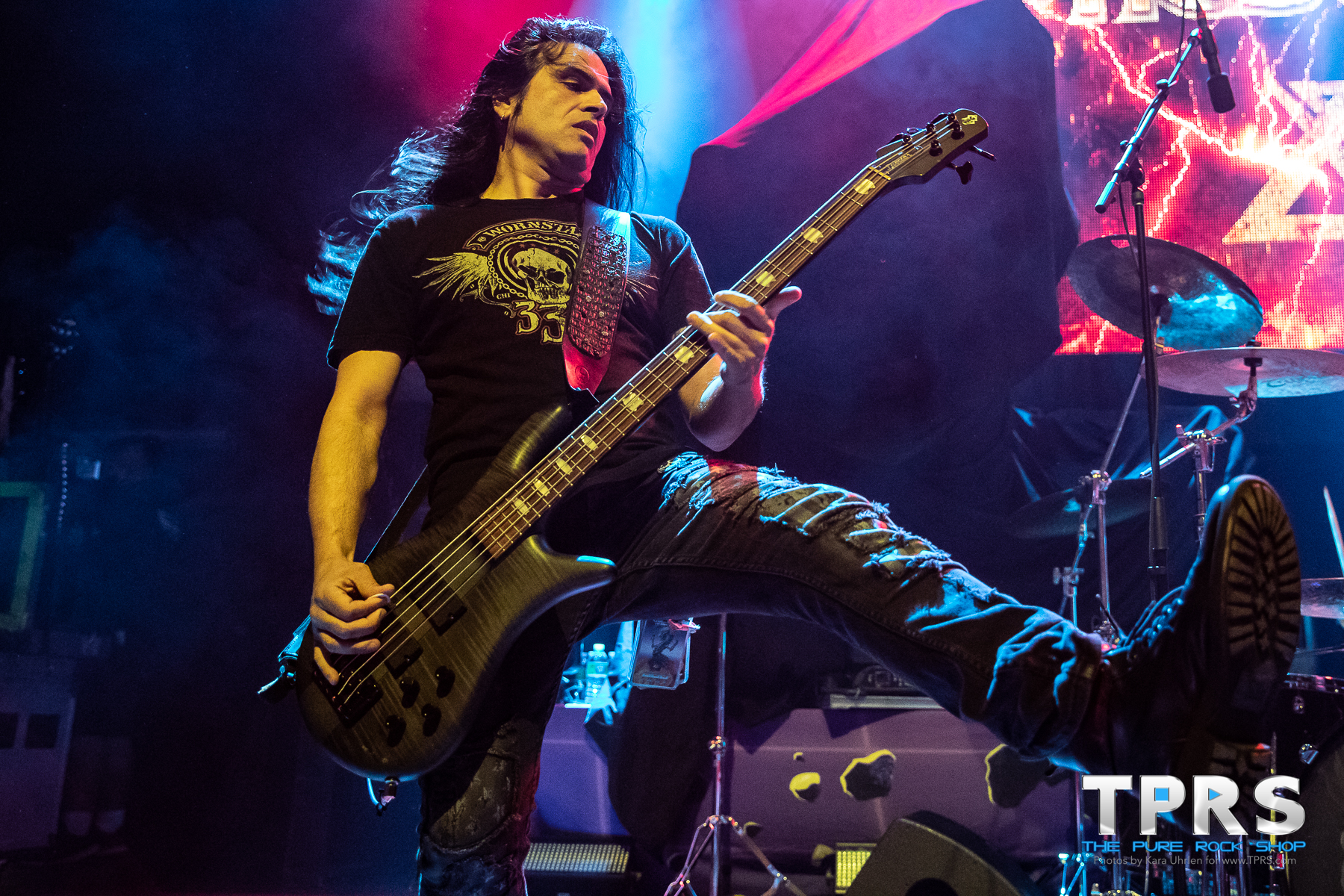 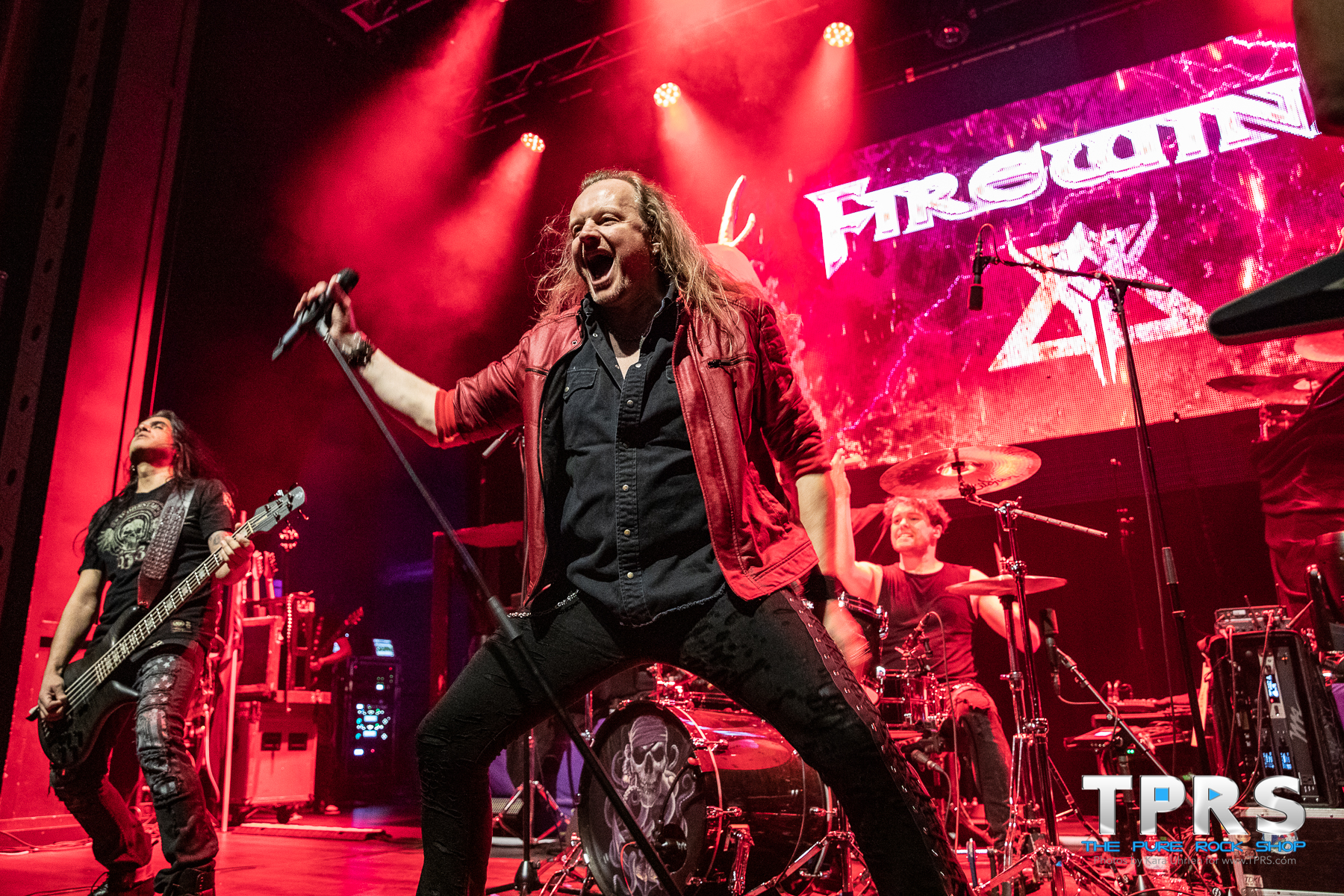 When headliners Dragonforce took the stage, it was challenging to strategize my vantage point as they promised confetti and CO2 with tanks lining the photo pit.  I opted to back up a bit for my own safety and enjoyed meeting some hardcore fans in the front row, who kindly welcomed me for a few songs.

Having seen these speed metal geniuses on the Megacuise, I thought I’d known what to expect.  In retrospect, it is kinda cool that I’ve seen them perform without the theatrics, but even cooler to watch as Herman Li and Sam Totman mounted larger than life video games performing above the crowd as a red-eyed dragon lurked in the shadows.

As promised in our chat with Herman Li last month, the band pulled out some surprises including a guest performance by Andy Ramage (Lady Beast) who jammed through some video-game music with Dragonforce and a “banjo playing farmer.”  The band also offered up opportunities for frontman Marc Hudson and new addition Alicia Vigil to showcase their talents, and on occasion drummer Gee Anzalone poked his head out from behind his massive kit.  Excited to see Gee back in the fold after a myocarditis diagnosis had sidelined him from the tour that the pandemic ultimately halted back in 2020.

Highlights from the set included “Cry Thunder,” an anthem from their 2012 release The Power Within and the second iconic cover of the evening,” My Heart Will Go On” made famous by Celine Dion on the Titanic movie soundtrack. But the coolest thing I witnessed was when Herman, Sam and Alicia formed a triangle and started playing each other’s instruments during “Valley of the Damned.”

As expected, the band closed out their set with “Through the Fire and Flames,” but what I wasn’t expecting was the insane crowd response when Herman and his twitch followers began grading Pittsburgh against our arch enemies Baltimore, unleashing a response that had the balcony shaking from feet stomping and cheering. 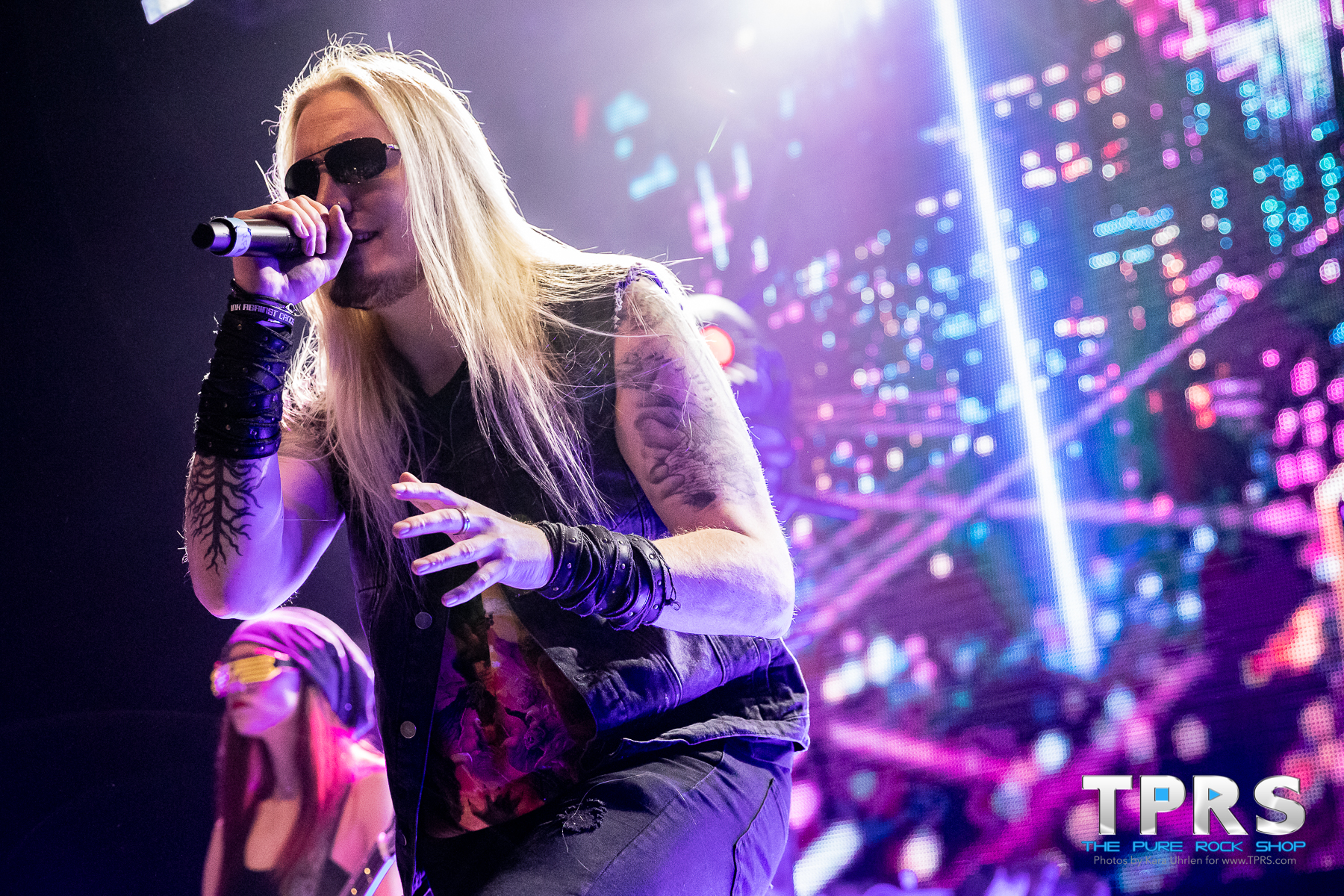 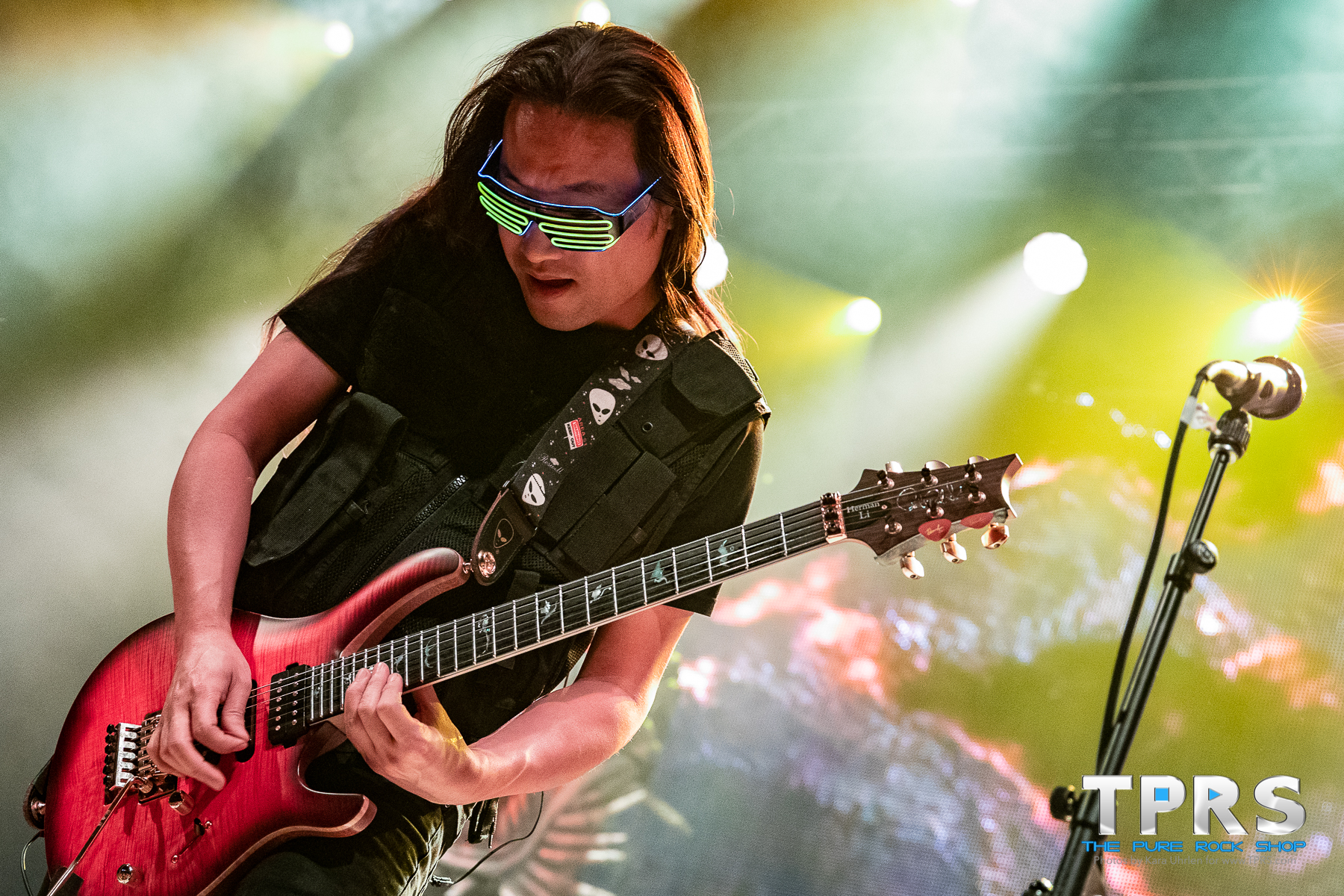 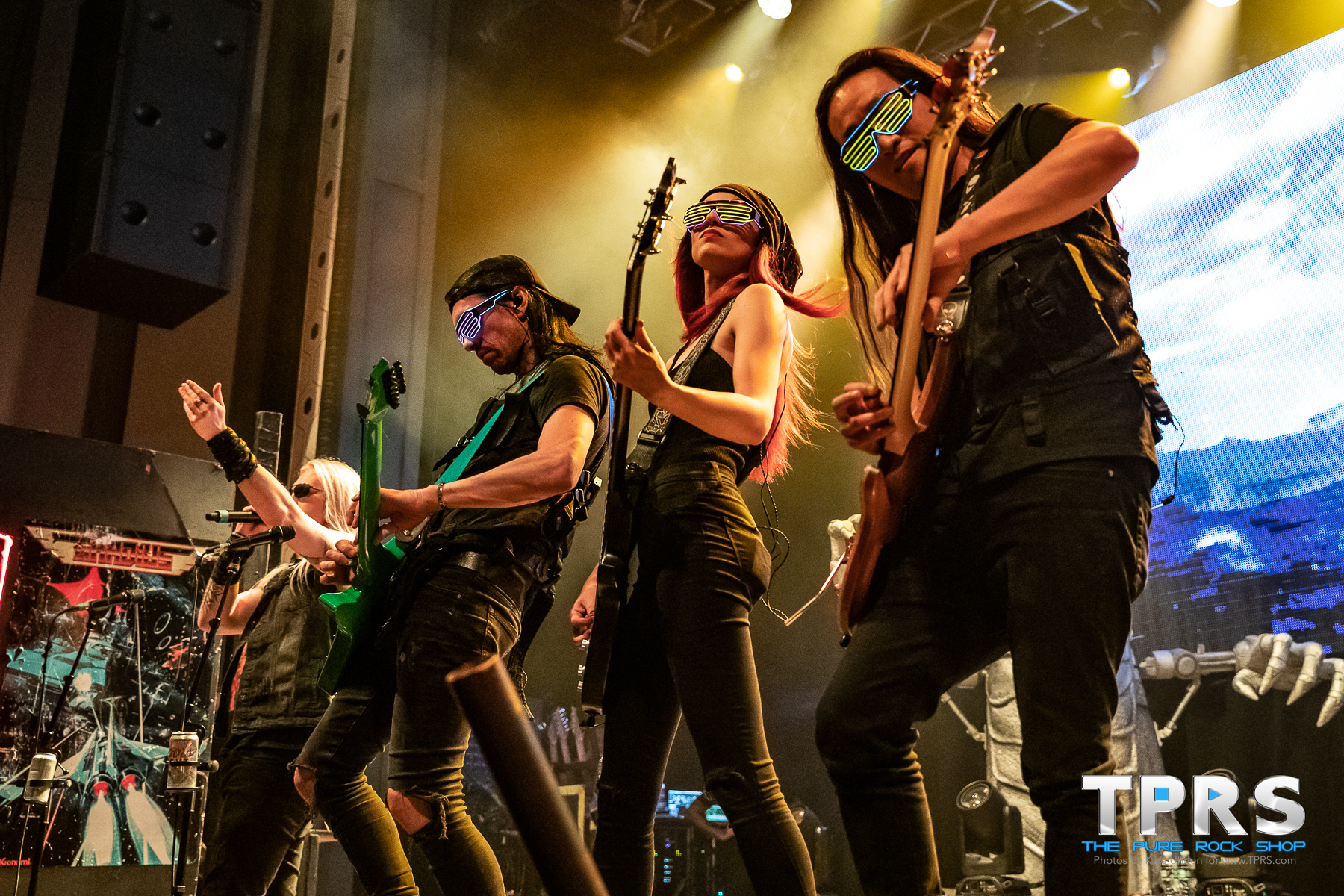 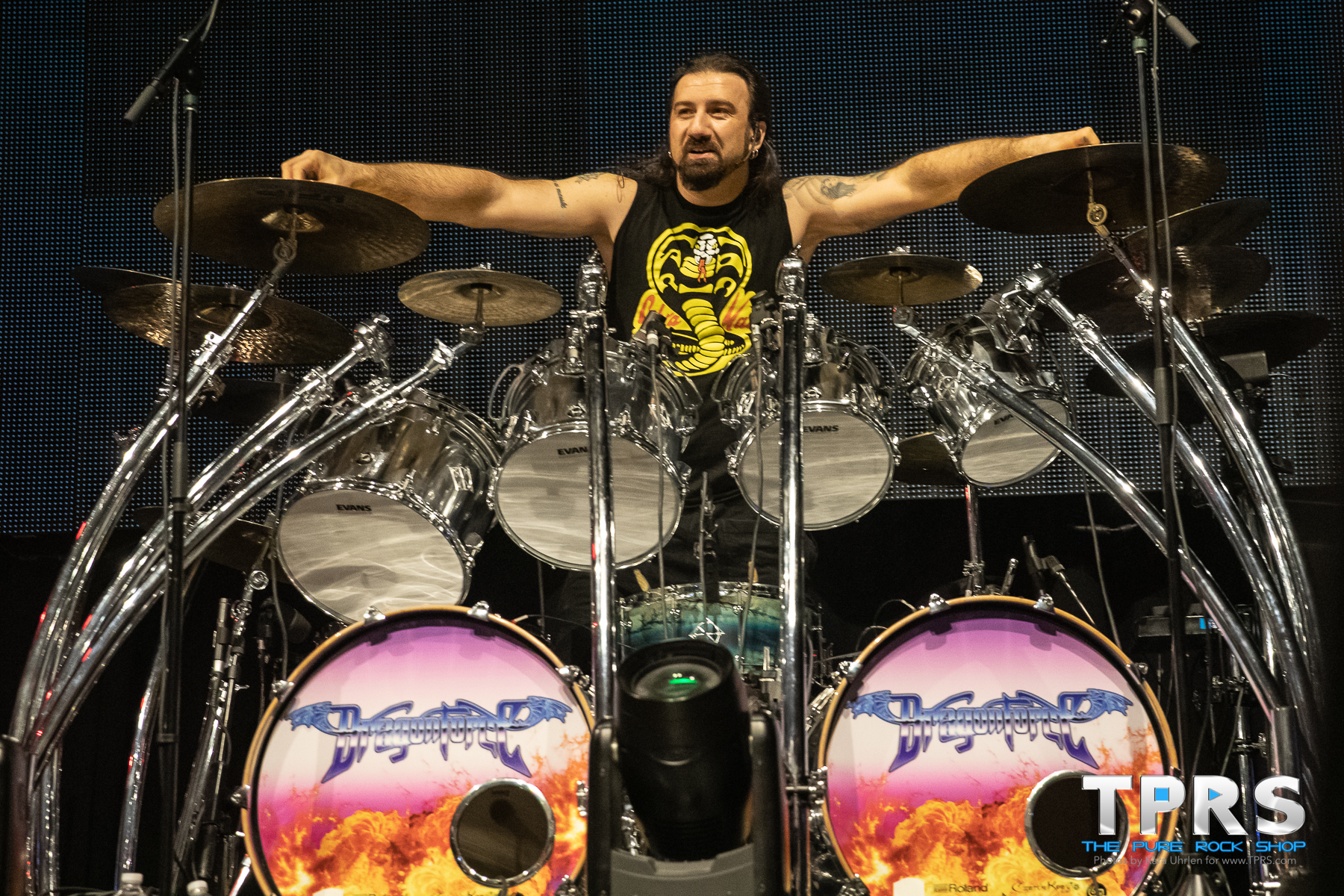 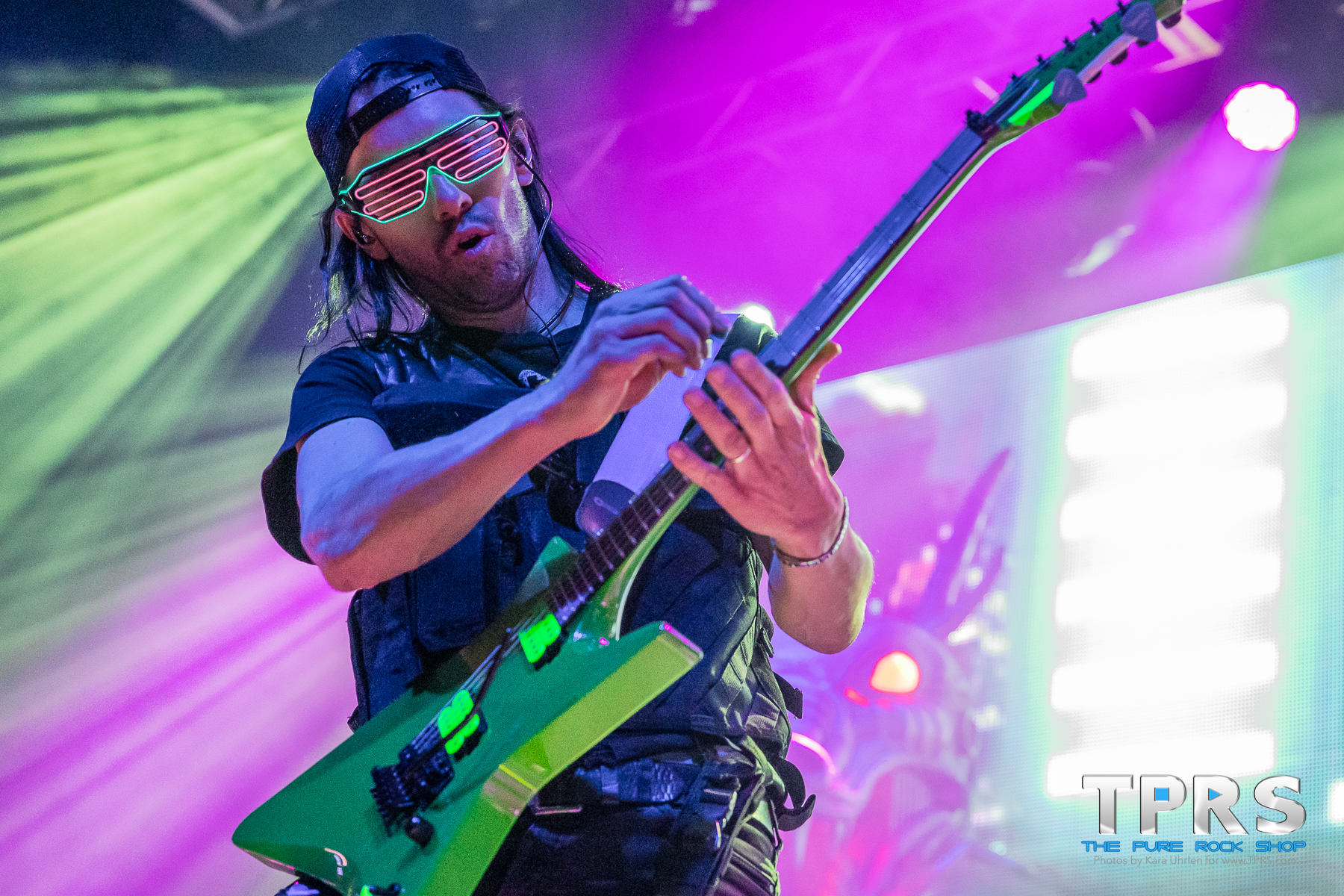