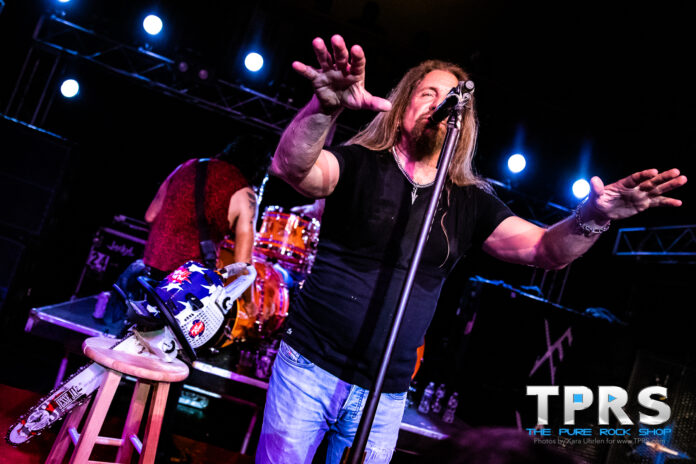 There was a family reunion of the chainsaw mafia at Jergel’s in Warrendale, PA on a hot and sweaty Tuesday night. Jackyl doesn’t pull any punches when it comes to their showmanship.  From the moment they took the stage, frontman Jesse James Dupree had the undivided attention of the crowd with the same energy that captured our eyes and ears three decades ago. He is of course joined by brothers Jeff and Chris Worley, as well as Roman Glick on bass. 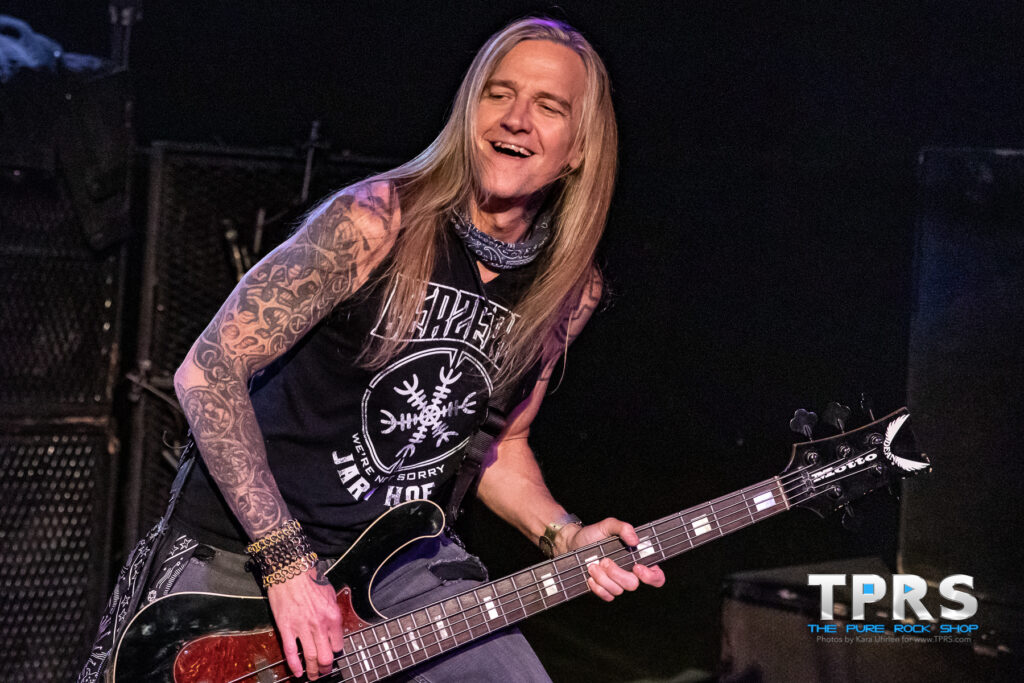 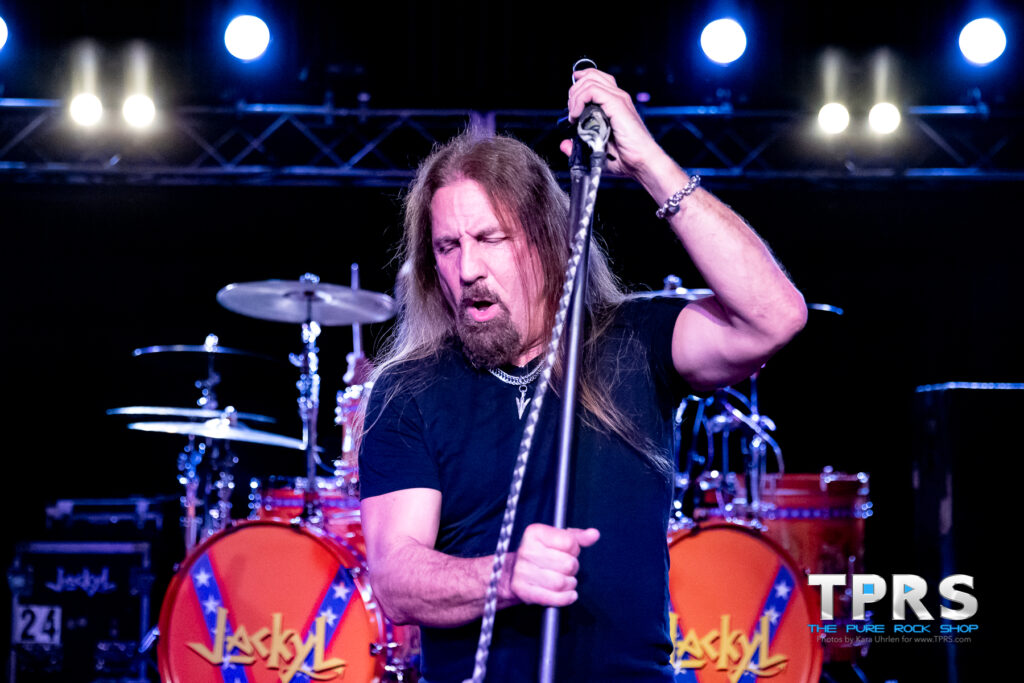 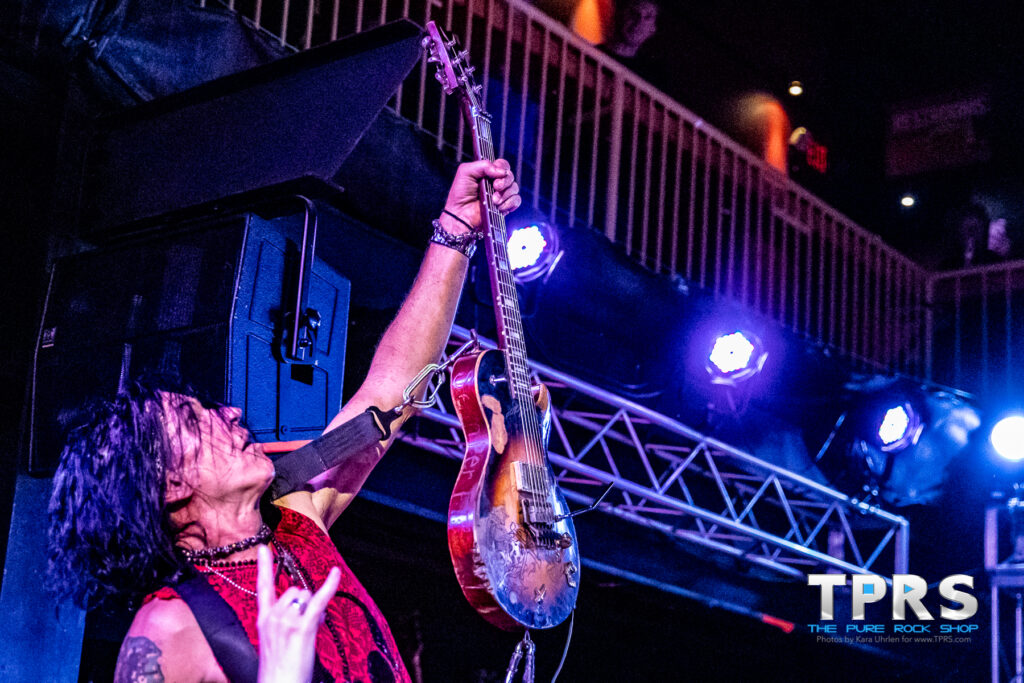 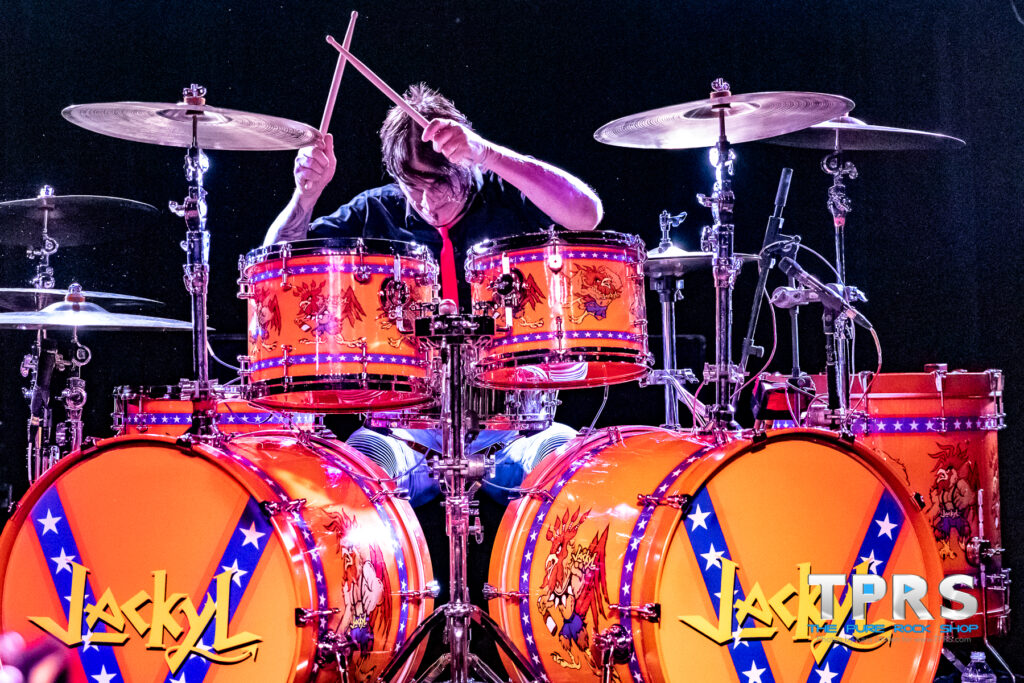 I’ve been a Jackyl fan since I was a teenager, and was reminded just how much I loved this band when they headlined Rokisland Festival this past January in Key West, Florida.  I lost my voice from responding to those phrases you’ll only hear at a Jackyl show (you know what I’m talking about: “Rock Me, Roll Me” and “Whether you like it or Whether you don’t”…). If you are a fan, I guarantee you just sung those words in your head as you read them, right? Last evening was even better, because we were in such an intimate venue that we could catch guitar picks, make eye contact, and inhale the sawdust.

From old favorites like “I Stand Alone” and “Down on Me” to their new single “Get All Up In It,” which will be released on June 3rd, we all couldn’t help but join the party.  The band’s set wasn’t written down on paper and there is really no consistency when you look up their shows from night to night. So, short of the always mandatory “Lumberjack” song finale, we didn’t know what they had up their sleeves (and that only added to the anticipation).

No complaints here with inclusions like “Dirty Little Mind” (aka spelling lessons) from their self-titled debut album, the comical ballad “Just Because I’m Drunk,” from the 2016 release ROWYCO, and another crowd participation favorite, “My Moonshine Kicks Your Cocaine’s Ass.”

Before the night was through, most front row fanatics found themselves in possession of some wood, a guitar pick, or a even a bullet shell! This was just what the doctor ordered after spending half of my Sunday driving to an installation of the Live to Rock tour in Grantville, PA with Skid Row, Winger, Quiet Riot and Lita Ford that was shut down before it even began due to weather damage.  Lots of love to the band for meeting all of their fans after the show for autographs and photos, for bringing along some killer merchandise options for both women and men, and for helping us forget that it was only Tuesday! 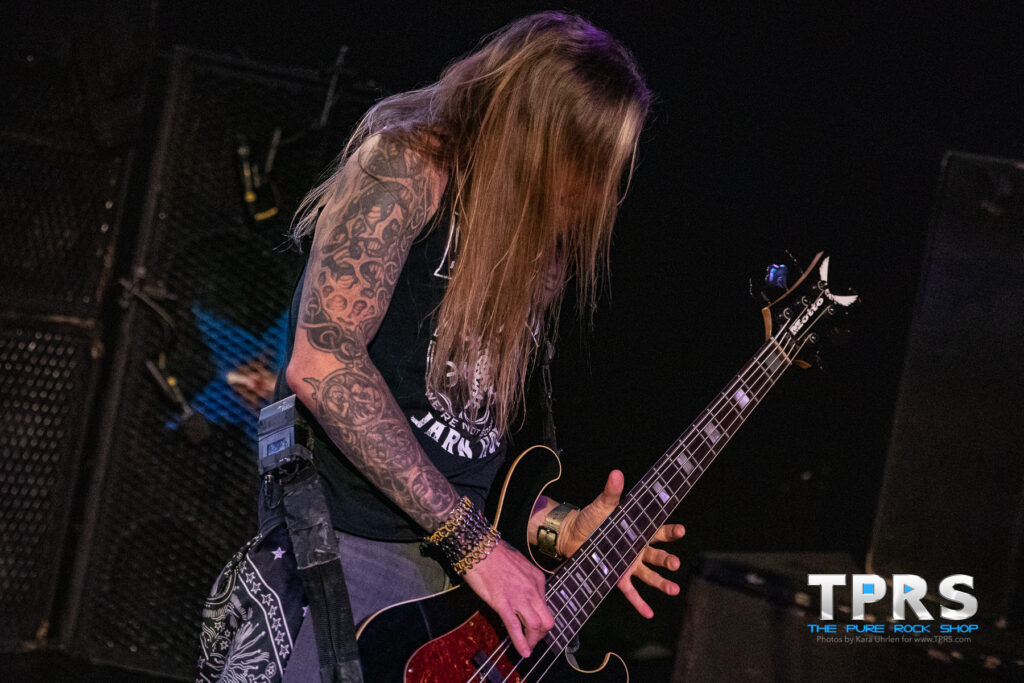 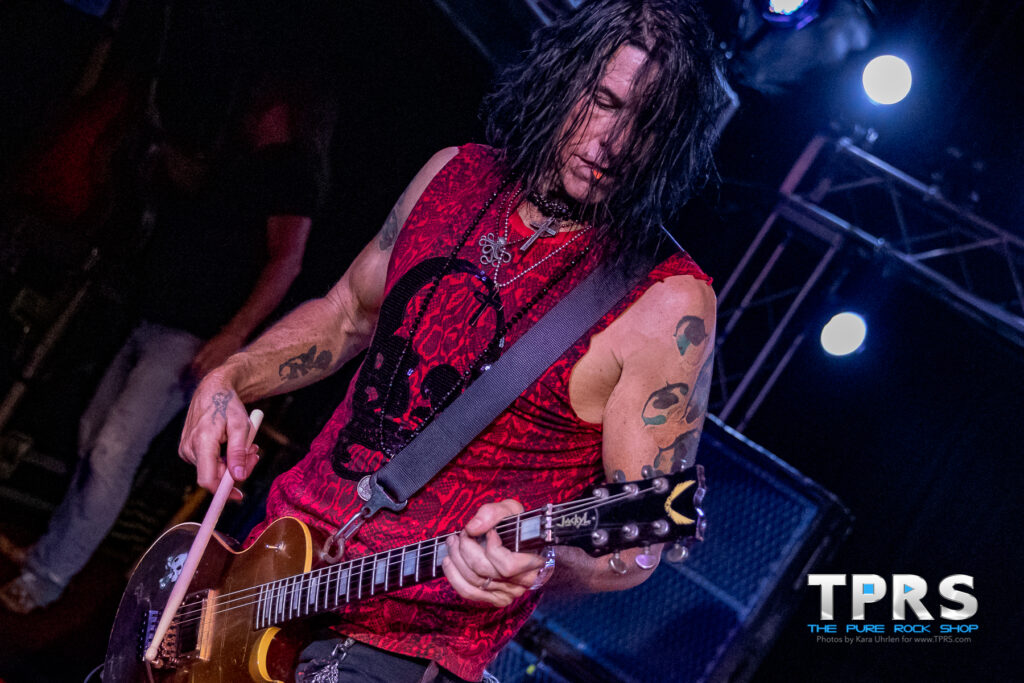 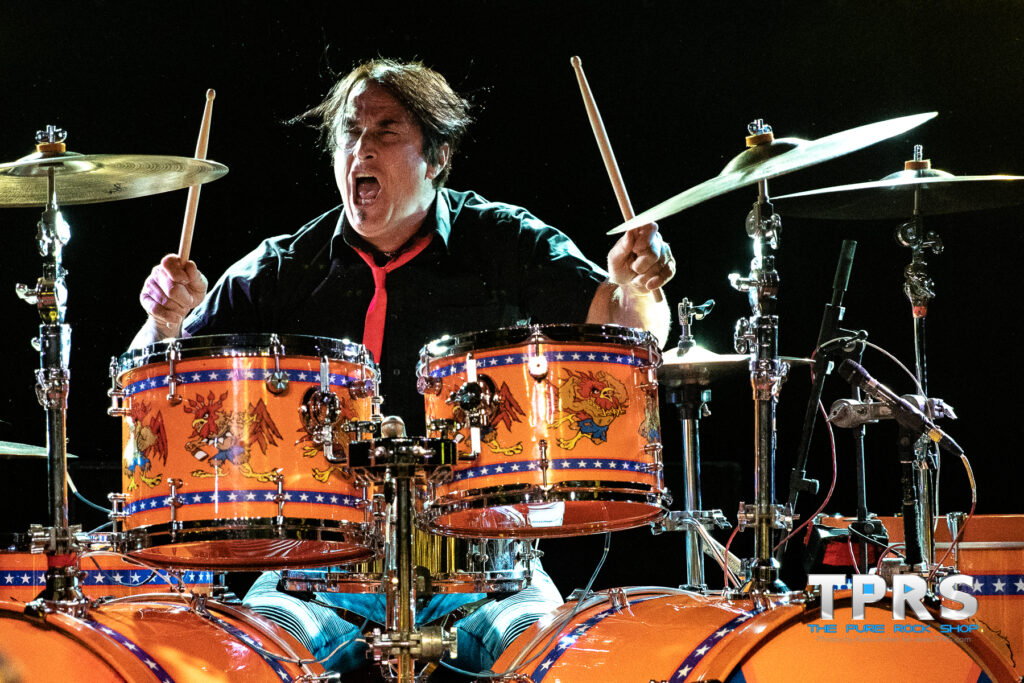 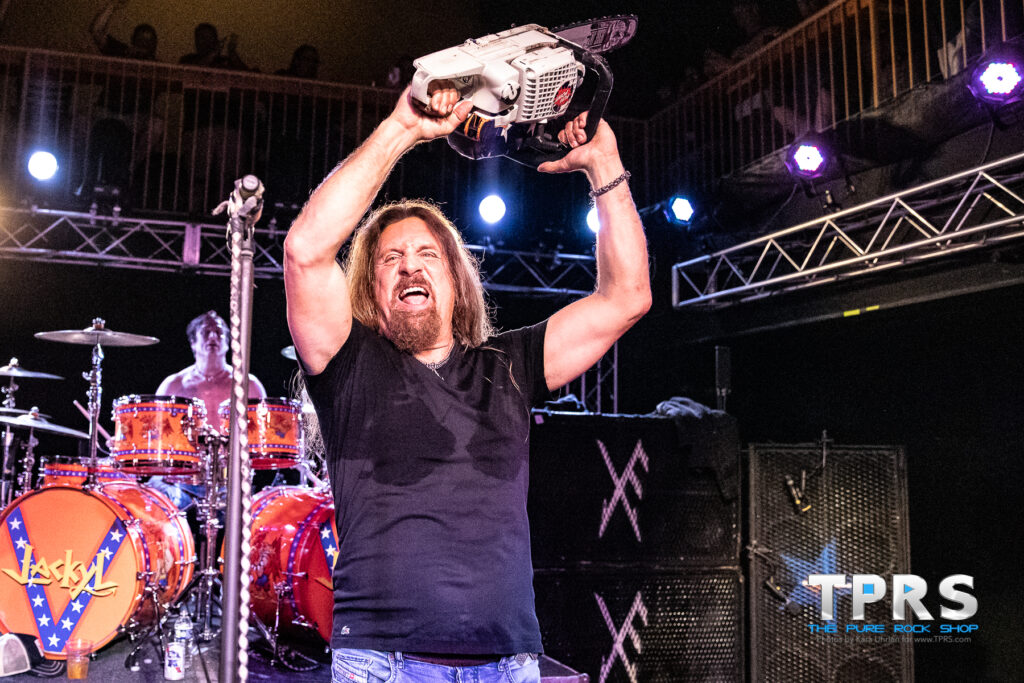 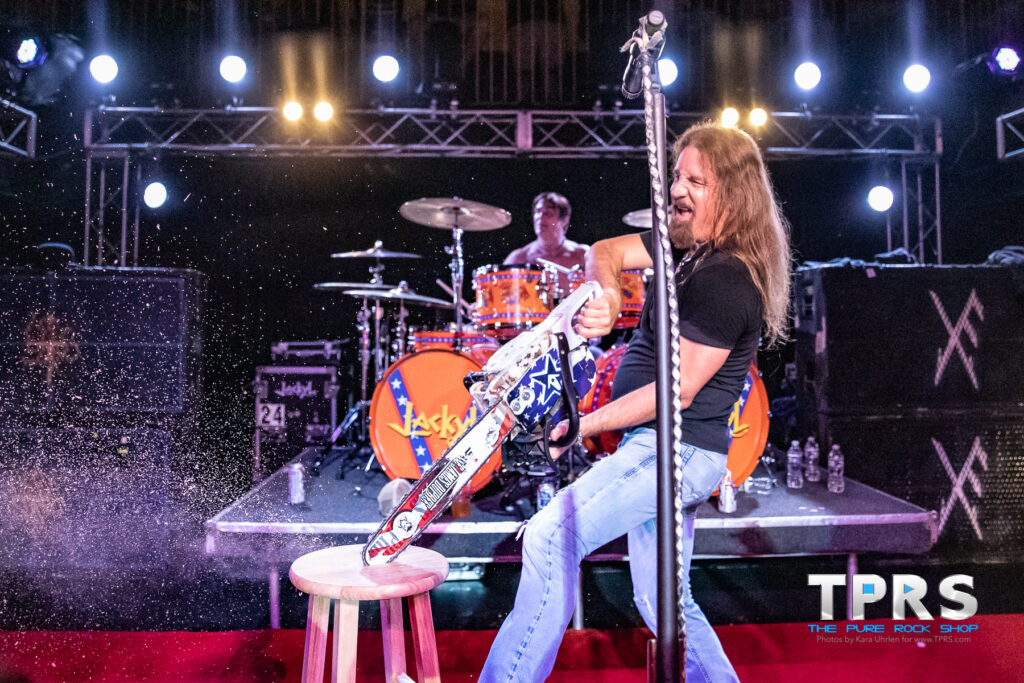 Be sure to visit Jackyl.com and become an official member of the Chainsaw Mafia for a chance to win a trip to the party at Sturgis.  I don’t know about you, but this girl wants an “Encore”!

Follow us @ThePureRockShop on Facebook and Instagram for more local show coverage including Steel Panther and Jeff Scott Soto and Jason Bieler in Cleveland, as well as festival coverage including the recent Monsters of Rock Cruise and M3 Rock Festival, as well as upcoming Masquerade in Philadelphia this July.

Also, check out our recent coverage of Foreigner and Skid Row in Las Vegas!